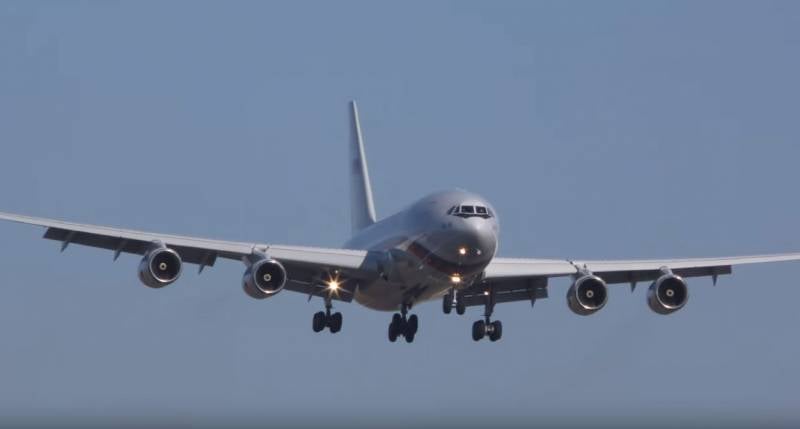 Aviation industry was one of those sectors of the national economy for which the Soviet Union was quite legitimately proud. There was not a single foreign-made winged aircraft on the country's air lines, but our planes were exported to many countries of the world, and also produced in some of them under license. What happened to the once-mighty Soviet aircraft industry today, does it have worthy heirs and successors?


The USSR could rightfully be called a great aviation power - after all, it was she who created every second aircraft that was then in the airspace of the planet! From the assembly shops of Soviet aircraft plants there were as many planes as all the other countries of the world put together. In the 50s and 80s of the twentieth century, dozens of types of civilian aircraft were developed, which not only “got on the wing”, but also successfully went into series, produced in thousands of units - such as, for example, An-2, An-14 , Yak-40, Yak-42, IL-14, IL-76, Tu-134, Tu-154. This is an incomplete list of the most “circulated” Soviet winged vehicles.

In addition, three dozen different types of helicopters were produced in the USSR. Many of them had both military and civilian “versions”. Every year, the country exported seven to eight dozen aircraft, more than a hundred helicopters. The account for successfully sold overseas aircraft engines went to hundreds.

Perhaps the main thing was that everything - from the airframe and engines to the last screw or rivet in these machines was developed and produced by our specialists at our enterprises. The Soviet aircraft industry did not know the word “import” in principle. Our country in this industry could give a hundred points ahead to any Western competitors - and not only in the number of products manufactured (up to hundreds of passenger liners and cargo planes per year), but also in its quality, in the most advanced level of scientific and technical developments. One of the best evidence is the fact that the first supersonic passenger plane to fly into the sky at the end of 1968 was our Tu-144.

“Perestroika” and the subsequent collapse of the Soviet Union inflicted civilian aviation, as well as aircraft manufacturing, almost one of the most devastating blows. Rapid deindustrialization, the destruction of not only the production, but also the scientific, design, testing facilities, the rapid outflow of competent and trained specialists from the industry, and the almost complete cessation of training of worthy personnel capable of replacing them ... It seemed that our country would be doomed to fly forever on the Boeing and Airbus, having buried his own great aviation past, along with the handsome Ilami and Tupolevs, who were put into scrap metal. Nevertheless, in recent years the situation, albeit not quick, but began to change for the better.

It so happened that of the more than fifty enterprises in the aviation industry, as well as several dozen research and development associations associated with it that existed in the USSR at the time of its collapse, the vast majority were located on the territory of the RSFSR. Kuibyshev Aviation Plant (KuAZ), VASO (Voronezh Joint-Stock Aircraft Building Company), Kazan Aviation Plant named after S.P. Gorbunova is far from a complete listing of only the most leading Russian aviation enterprises. All of them, fortunately, continue their work today.

The second "aviation" republic of the USSR was Ukraine. Kharkov, Kiev, Zaporizhzhya aircraft plants, design bureau them. Antonov - all these enterprises were the pride of the Soviet aviation industry. They carried out the production of An-24, An-26 and Tu-134 aircraft and others. Naturally - in close cooperation with other plants and the design bureau of the USSR. The “swan song” of Ukrainian aircraft construction was the creation of such remarkable machines as the An-124 Ruslan and An-225 Mriya aircraft, which the whole world admired. After that, the sunset began ...

In fact, the end to the aircraft industry was built up in 2014 by a complete break in economic and economic ties with Russia. Over the past five years, the same “Antonov” has not released a single aircraft. There are only two opportunities before the Ukrainian aviation industry - to die quietly, or to be bought out by Chinese comrades. The latter, however, is very actively opposed by curators of the "non-down" from Washington. However, now the situation may well change, the Americans will not be up to it, and at least some remnants of the industry will be saved - by selling it to China.

Otherwise, most likely, Ukrainian aircraft plants will suffer the fate of the Tashkent Aviation Production Association named after V.M. Chkalov, who in the Soviet years produced one of the most popular vehicles - the Il-76. Today it is the Tashkent Mechanical Plant, in which there is not a single machine for creating aircraft left - it is completely redesigned for the production of freight railway cars.

So Russia, where civilian aircraft production still continues quite stably, with three dozen odd cars a year, in the end was far from in a worse situation. Let's not forget - the Russian Federation is among the world leaders in military aircraft construction. Let's hope that with civilian things will go no worse over time.

We are in Yandex Zen
Situational analysis of the death of the MH17 flight (Malaysian Boeing 777), made on the basis of engineering analysis from 15.08.2014
Results of the week. "God forbid to see Russian revolt, senseless and merciless!"
163 comments
Information
Dear reader, to leave comments on the publication, you must to register.