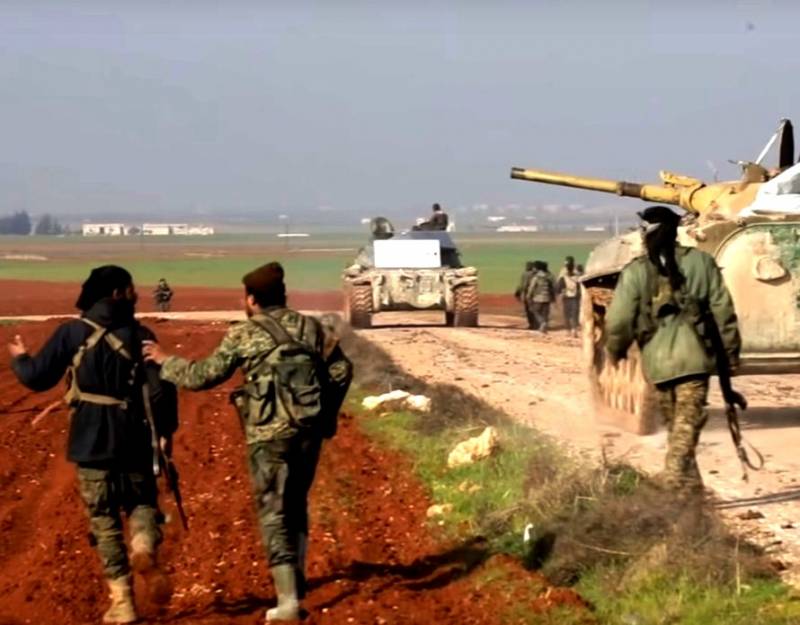 The situation in most Syrian provinces as of the afternoon of March 23, 2020 continued to remain tense. Nevertheless, in the province of Idlib, the Turkish army successfully patrolled the M4 highway.


Unlike Russian patrols, militants are loyal to Turkish patrols. But there are incidents: for example, on the night of March 23, the Khayyat Tahrir al-Sham militants (banned in the Russian Federation) destroyed the defenses built by the Turkish military at the highway.

But is this tactic an attempt to disguise the existing ties between the Turkish army and the militants? Indeed, according to a source on Twitter, the military training of HTS recruits in training camps is carried out by Turkish military instructors. Recently, according to the source, the next release of replenishment of militants was carried out from the training camp of the KhTS.

However, according to the Russian Center for the Reconciliation of the warring parties in the SAR, Turkey has committed to neutralize all armed groups that impede joint patrols in the area of ​​the M4 highway connecting Aleppo and Latakia. However, while the Turks are mainly engaged in the transfer of heavy military equipment to the so-called observation posts.

Meanwhile, Syrian government forces continue to gather reinforcements in Idlib province. So, in the area of ​​the city of Kafr Nabel, movements of units and armored vehicles of the Syrian Arab army are observed. Opposition sources write about the arrival in the Idlib province of dozens of Syrian tanks.

In addition, Shiite militia "Hashd Shaabi" arrived in Idlib province from Damascus province. In the sky over the mountains of Jebel al-Zawiya, unmanned aerial vehicles and fighters of the Syrian air force were seen.

Apparently, the Syrian Arab army is concentrating additional forces in Idlib province in case there is no real action to neutralize the militant groups in the area of ​​the M4 highway. Now the further development of events around the highway depends on the position of the Turkish leadership, which should affect the controlled armed groups.

In the province of Aleppo, militants of the pro-Turkish Syrian National Army closed the Abu Zanzin crossing south of the city of Al-Bab, and the leadership of the SNA did not associate this decision with the military-political situation in the region, but with the spread of the coronavirus. For the same reasons, the Syrian government decided to close the border with Lebanon.

In the city of Al-Bab (Aleppo province), a car was blown up with three men. These were lawyer Anwar Rahib and his sons. Participants in the Kurdish resistance are suspected of organizing a terrorist act.

In the province of Raqqa, near the village of Tel al-Saman, on the contrary, a car belonging to the Democratic Forces of Syria (SDF) was blown up. The Syrian Democratic Forces suspect the local cell of the "Islamic State" banned in Russia.

Separately, it is worth noting that the group “Characterize al-Intikam al-Islamiya” (* “Islamic Retaliation Movement”), which aims to combat the Turkish occupation of Syria, released a video message in which it promises to destroy both the Turkish military and soldiers of the government forces of Bashar Assad, and members of pro-Turkish armed groups.

Meanwhile, it became known about the visit of the Russian Minister of Defense to Syria. Sergei Shoigu and Bashar al-Assad discussed the situation in Idlib province.