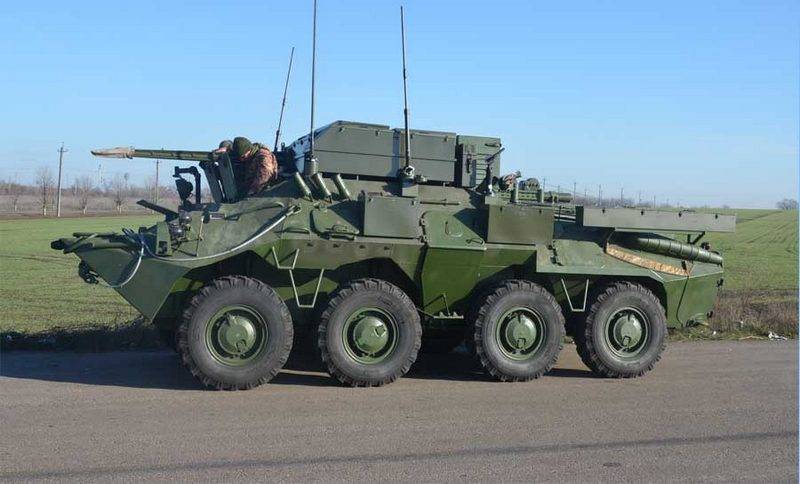 The Armed Forces of Ukraine have adopted the new K-1450 command post vehicle based on the BTR-70KSh armored personnel carrier. The machine was developed by the Odessa-based company Telekart-Pribor LLC. This was reported by Defense Express with reference to the press service of the enterprise.

As stated in the Ukrainian military department, the main operator of the new KShM will be the naval forces of Ukraine. In December last year, it was reported that the Navy conducted a series of tests of the K-1450 KShM based on the BTR-70KSh, while the customer noted "the high quality and wide functionality of these machines." It is reported on plans for mass production of these machines, but nothing is known about the timing of the start of production and volumes. 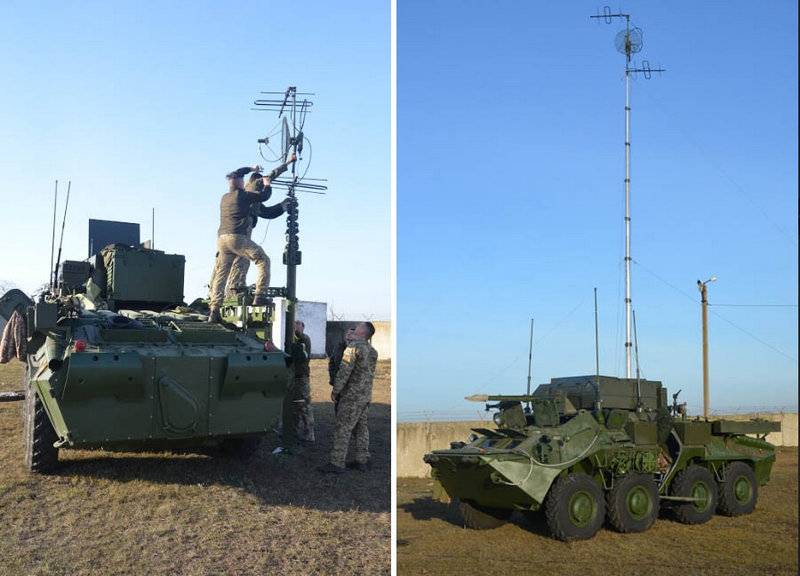 According to the developer, KShM K-1450 is a combat armored wheeled vehicle designed for command and control in the operational and tactical command and control unit in motion (afloat) and in the parking lot, both autonomously and as part of a communications center. The KShM transport base is equipped with filtering and ventilation equipment, air conditioning, a heater and a guaranteed power supply system.