In Ukraine, they are discussing the admission of ultra-right radicals to patrol the streets of Kiev 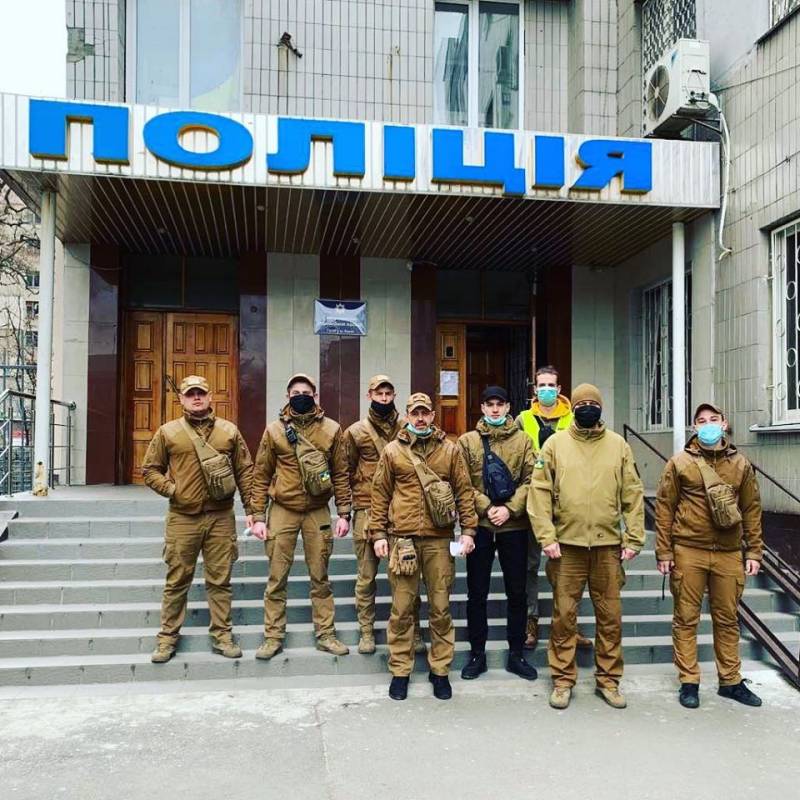 In Ukraine, a resonant discussion arose of the decision of the Kiev authorities to bring ultra-right-wing nationalists to the rule of law on the streets of the Ukrainian capital. March 21, the Commission of the Kiev State Administration decided:

To involve for the protection of law and order during the days of restrictions due to the threat of the spread of coronavirus, units of the “Municipal Guard”. They are ordered to ensure public order and to promote the implementation of restrictive measures in the city of Kiev.
The protocol says that the guards should check citizens on the streets, in transport: check for personal protective equipment, identification cards, and specify the purpose of appearing on the streets.

Well-known lawyer in Ukraine, Andrey Portnov, commenting on this decision of the Kiev authorities, recalled that the units of the said organization include notorious radicals.

From the post of human rights activist Yuri Portnov:

This is a gang. She is involved in violence against the homeless and gypsies, she is associated with key radicals and nationalist groups. Today, she has been given authority, and today she has been turned from a stray cattle into an official cleaning department.
According to Portnov, it is with such decisions of the authorities that the collapse of the state begins.

Ctrl Enter
Noticed a mistake Highlight text and press. Ctrl + Enter
We are
Zrada squared: EU General Court upheld lawsuit by Yanukovych administration official about the illegality of sanctions imposed on himDecember 2010 years. Russian March. Senseless and merciless? Notes not a Russian person
141 comment
Information
Dear reader, to leave comments on the publication, you must to register.