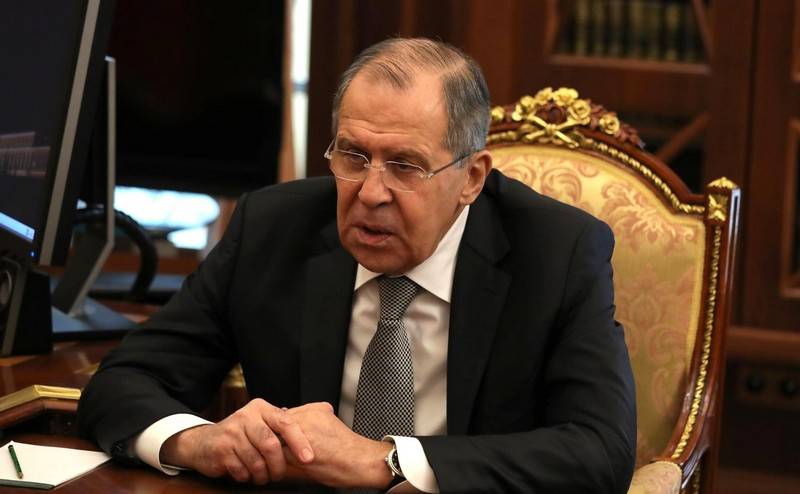 The head of the Russian Foreign Ministry, Sergey Lavrov, was awarded the title of Hero of Labor of the Russian Federation by decree of the President of Russia Vladimir Putin. The text of the decree is published on the Kremlin website.

Today Sergey Viktorovich Lavrov also has a birthday, he turned 70 years old. S.V. Lavrov was born on March 21, 1950 in Moscow. At school, he loved physics very much and wanted to become a scientist in the future, but he entered the Moscow State Institute of International Relations (MGIMO), succumbing to the persuasion of his mother. After graduation, he worked for four years in Sri Lanka, where he went from a translator to an assistant to the ambassador extraordinary and plenipotentiary of the USSR to Sri Lanka. Then he worked in the Foreign Ministry of the USSR as third and second secretary, adviser to the Permanent Mission of the USSR to the UN, and held other posts.

From January 1994 to March 2004 - Permanent Representative of the Russian Federation to the UN. On March 9, 2004, he was appointed to the post of Minister of Foreign Affairs of Russia and remains in it to this day, retaining his post upon a change of government.

Military Review congratulates Sergey Viktorovich Lavrov on his 70th birthday and the title of Hero of Labor of the Russian Federation!

Ctrl Enter
Noticed a mistake Highlight text and press. Ctrl + Enter
We are
China leased the deepwater port of Hambantota in Sri LankaSergey Lavrov, happy birthday!
266 comments
Information
Dear reader, to leave comments on the publication, you must to register.