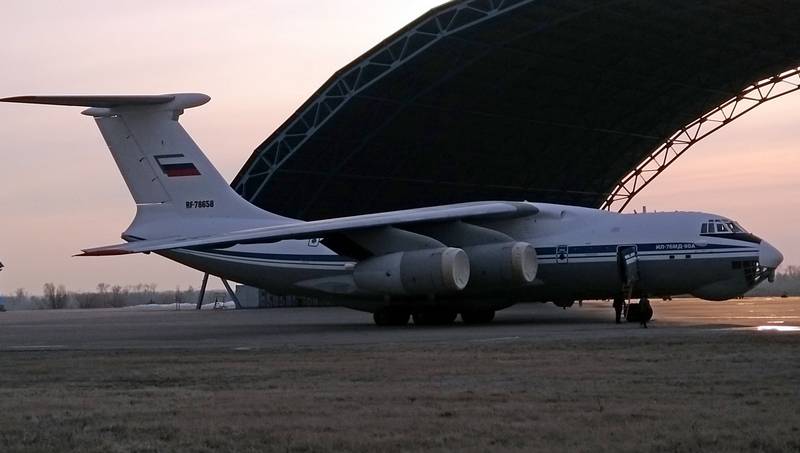 The first military transport aircraft Il-76MD-90A built this year on the Aviastar-SP JSC took off in Ulyanovsk. According to the press service of the enterprise, this is the first IL-76MD-90A, launched into the air in 2020.


As previously reported, last year Aviastar-SP transferred three military transport aircraft Il-76MD-90A to the BTA of the Russian Aerospace Forces, of which only one was built during 2019, and two were built in 2018 with a transfer in 2019. It was reported that the delivery of two of the five planned to be transferred in 2019 military transport aircraft Il-76MD-90A was postponed to 2020. The delay is due to the untimely receipt of components from the enterprises of cooperation.

Thus, we can confidently say that one of the two Il-76MD-90As, whose transmission was postponed this year, took off. By the way, last year Ilyushin was assured that both Ila will be delivered in the first quarter of this year. In addition, in 2020, Ilyushin is to transfer another six Il-76MD-90A to the Ministry of Defense.

In total, the Russian military department plans to purchase more than 2030 IL-100MD-76A and promising IL-90MD-78A tankers created on their basis by 90.

We are in Yandex Zen
Reports from the militia of New Russia for 27-28 September 2014 of the year
Yuri Drozdov: Russia prepared the role of the sacrificial calf
114 comments
Information
Dear reader, to leave comments on the publication, you must to register.