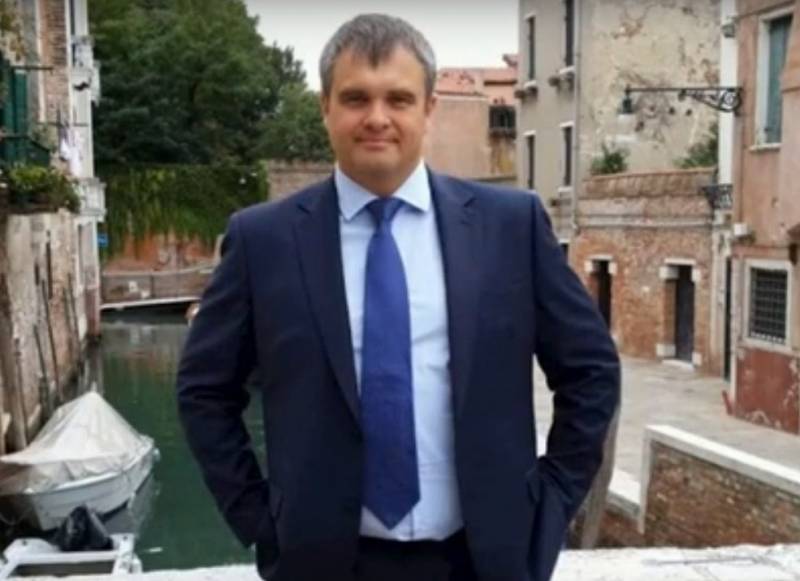 A new party will soon appear in the Russian Federation, and the cousin of the country's president Vladimir Putin decided to create it. Roman Putin is the son of a cousin of the head of state.


The president’s nephew expects that the business people-to-people movement, bringing together representatives of Russian business, will become the main base for creating a new party. Roman Putin designates the ideology of his project as conservative and intends to fight for the interests of entrepreneurs: reducing the tax burden, demonopolization, and cheap loans.

What is, that is, all of these problems really acutely concern Russian small business. Therefore, Roman Putin and counts on the fact that entrepreneurs will support his party, and it will get seats in the State Duma of the Russian Federation.

Of course, it is worth briefly telling about Roman Igorevich himself. He is a relatively young man 42 years old, who graduated from the Volsky branch of the Military Academy of Logistics and Transport with honors and two years after the military university served in the Federal Security Service. In the FSB, Roman Putin fought against smuggling and corruption, and then went to work in the Office of Economic Analysis and Financial Control of the Ryazan City Council (Ryazan is Roman's hometown).

Since 2011, Roman Putin has been Chairman of the Board of Directors of MRT Group of Companies LLC, co-owner of MRT-AVIA. Around the same time, he began to show interest in social activities, especially in the field of protecting the rights of entrepreneurs: in 2014 he opened a “hot line” for entrepreneurs called “Putin’s control”. Obviously, the high-profile surname and kinship with the president are the main trump cards of Roman Igorevich Putin.

In conditions when there is a request in Russia to update the political scene and the passage of new political parties to the State Duma, the project of the president’s nephew may well be viable.

True, he will have to compete with another and much more famous defender of businessmen - the Commissioner for the Rights of Entrepreneurs Boris Titov. In 2016, he created on the basis of “Just Cause” a Growth Party with approximately similar goals - changing the Russian economy in the interests of business development.

In any case, it is clear that changing the real situation of small business in the current political system in Russia is possible only through actions by the president and the government. Small parties, even if their candidates pass to the State Duma, can only act as authors of initiatives that either find or do not find support from the country's top authorities.

There is one more nuance. It is possible that the creation of a new party, headed by Putin’s nephew, is designed to restore the president’s authority among small businesses. It is no secret that many small entrepreneurs are offended by the existing government. And they have something to present to the authorities: these are exorbitant taxes, corruption, and illegal prosecution of entrepreneurs in order to squeeze out their businesses.

But if liberal oppositionists tried to monopolize the protection of entrepreneurs before, now “business people” headed by Roman Putin will get down to business. We’ll see if the eminent relative can really take some steps to improve the situation of entrepreneurs, or whether the creation of such a party will be only a springboard for starting a political career in the State Duma.

Noteworthy is the statement of the nephew of the head of state regarding the succession of power. From the statement:

Our country needs a strong leader. Especially in a situation of global crisis. There is no alternative to Vladimir Putin. Well, not Navalny?

Ctrl Enter
Noticed a mistake Highlight text and press. Ctrl + Enter
We are
Situational analysis of the death of the MH17 flight (Malaysian Boeing 777), made on the basis of engineering analysis from 15.08.2014Syria: Americans scare themselves, and Asma Asad buys chairs
174 comments
Information
Dear reader, to leave comments on the publication, you must to register.