The US explained how the Chinese "Black Holes" threaten American submarines 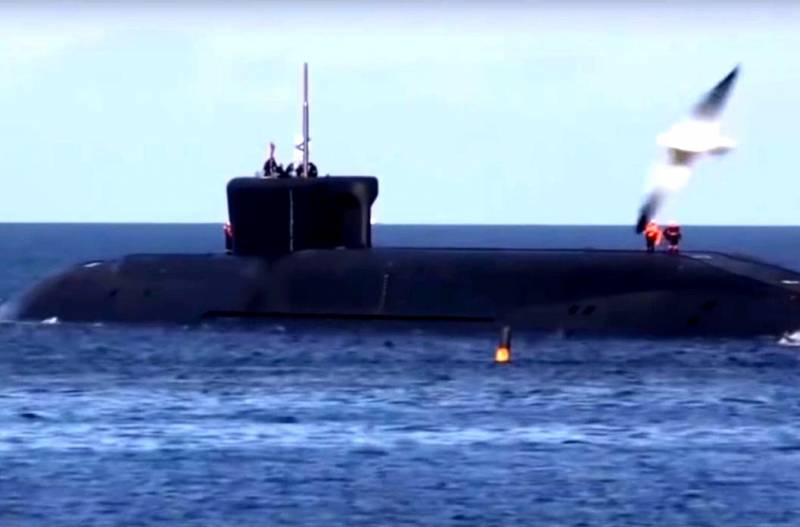 In the United States continue to analyze the status of underwater fleet The Russian Navy, paying particular attention to individual submarine projects. So, in the center of attention of analysts were the submarines of projects 877 and 636.


The famous "Black Holes", as these boats are called in the American press, can change the naval balance in the South China Sea. So says Caleb Larson, a United States security expert who published an article in the famous magazine The National Interest.

As you know, project 877 submarines, also called “Halibut”, began to be built back in Soviet times, in the 1980s. Sometimes they are also called “Varshavyanka”, since in Soviet times it was supposed to supply submarines to the USSR allies under the Warsaw Treaty Organization. In NATO, submarines of this class were codified as Kilo. The upgraded project 636.3 boats, in turn, were named Improved Kilo.

Until 2006, 24 submarines for the Russian Navy and another 29 submarines for export were built. "Black holes" entered service with the navies of Vietnam, India, Algeria, Iran and China. It is the last buyer who is most concerned about the US military today.

Caleb Larson, having analyzed the technical characteristics of submarines of types 877 and 636, comes to the conclusion that the main advantage of the submarines is its high maneuverability combined with low noise. For example, both types of Russian submarines have a rubberized sound-absorbing coating on the inside, which attenuates the noise arising from inside the submarine.

Interestingly, back in 2018, Chinese media published photos of the 877EKM Halibut submarine. The attentive audience immediately noticed that for some reason the submarine became longer than the classic samples. An insert with a length of 15 meters appeared in the hull of the boat. Then, analysts suggested that an air-independent power plant was placed in an additional compartment. Such an installation increases the stealth of the submarine. By the way, the Chinese Navy used to have submarines with such an installation, known as Type 039A or Type 041.

The project 877 submarine has obvious chances of success precisely in the South China Sea, given its specifics. It is no coincidence that these types of submarines are bought, first of all, by countries with access to the South China Sea and claiming control over it - Vietnam and China.

But while relations with the United States with Vietnam have been developing quite well recently, American analysts cannot say this about China. The PRC is considered as one of the most important probable opponents of the United States, and in the Asia-Pacific region, the Celestial Empire today is the number one opponent.

It is the South China Sea that is the most likely zone of confrontation between the two great powers. The United States seeks to prevent China from gaining full control of the sea, as it links the security of allied Taiwan, considered one of the main pro-American states in the region, along with Japan and South Korea.

American ships patrol the South China Sea, trying to demonstrate their strength to the Chinese fleet. But the Chinese Navy is not far behind: Caleb Larson admits that the maneuverable Black Holes can very effectively withstand the cumbersome atomic submarines of the US Navy if the latter try to launch hostilities in the South China Sea.

Therefore, the command of the US Navy has something to worry about: the Chinese Black Holes will become a very serious adversary for American submarines if the latter try to operate in the South China Sea.

Ctrl Enter
Noticed a mistake Highlight text and press. Ctrl + Enter
We are
Yuri Drozdov: Russia prepared the role of the sacrificial calfThe dangerous future of US strategic forces ("PetroleumWorld", Venezuela)
20 comments
Information
Dear reader, to leave comments on the publication, you must to register.