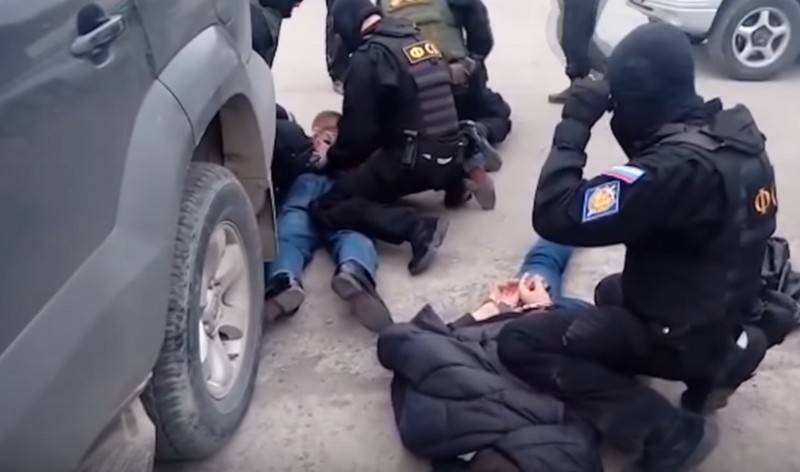 Employees of the Federal Security Service (FSB), in cooperation with the Federal Financial Monitoring Service, prevented the activities of a conspiratorial cell of the Islamic State, an international terrorist organization banned in Russia. According to the FSB DSP, the cell operated on the territory of three Russian regions.


According to the report, members of the conspiratorial cell, under the guise of charity, raised money to finance the activities of the Islamic State. Representatives of the terrorists acted on the territory of the Republic of Crimea, Komi and the Rostov Region.

The FSB, in cooperation with the Federal Financial Monitoring Service on the territory of the Republic of Crimea, Komi and the Rostov Region, suppressed the activities of the conspiratorial cell of the Islamic State international terrorist organization. At the direction of the IG emissaries, the detainees created an interregional network for the collection, accumulation and transfer of funds
- said in a statement.

The FSB specified that under the guise of charity, more than 2 million rubles were collected and transferred to terrorist accounts.

The number of detainees is not reported, operational-search measures in this case continue, an investigation is underway. Searches were carried out at the place of residence of the detainees, the means of communication, payment documents, and also materials confirming illegal activities were seized.
Ctrl Enter
Noticed a mistake Highlight text and press. Ctrl + Enter
We are
Minus one more IG cell *. FSB stopped terrorist attacks in StavropolFSB of the Russian Federation: The activities of the ISIL accomplices in the Urals Federal District were stopped
20 comments
Information
Dear reader, to leave comments on the publication, you must to register.