Question on ticket - crisis: exam for the government of Mishustin 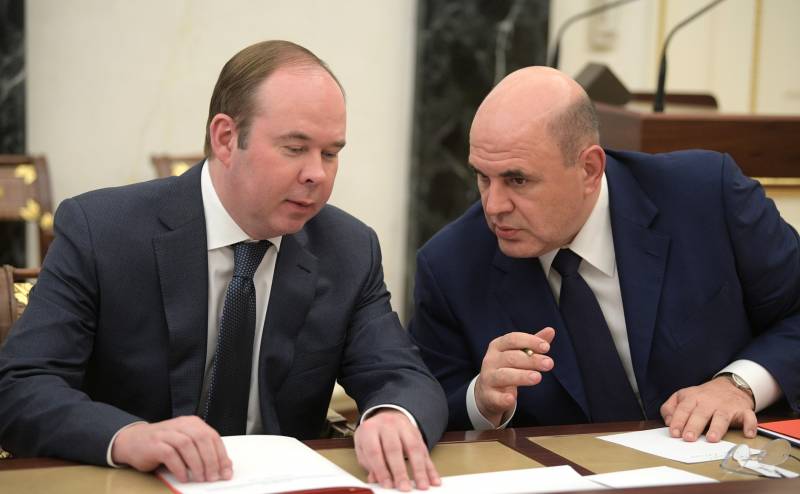 People, even those who are little interested in world problems, today it becomes clear that the world is changing. What this world will be tomorrow is impossible to predict. Experts give conflicting forecasts. Politicians are calling for multidirectional action. It became clear to everyone that one should not expect anything good in the near future.


Some part of the population, in horror, is stockpiling everything that will soon “disappear” from store shelves. Someone begins to buy up the currency, believing that the Russian rubles will soon turn into pieces of paper. But the majority, taught by the bitter experience of the past crises, is just waiting. If we discard several large cities, we can say: Russia is in a state of thought.

Is the economic crisis spawning a coronavirus pandemic?

It is ridiculous to observe the attempts of some politicians and economists to introduce the idea that the coronavirus is to blame for the collapse of the world economy. What is it? Full confidence in the stupidity of the bulk of their own fellow citizens? Or a lack of understanding of the changes that have occurred in the world? Even today, when the fruits of education reform have grown, the overall literacy of Russian citizens is quite high.

Forecasts of the crisis that will be in 2020 appeared long ago. A soap bubble cannot grow indefinitely. It is enough to look at the materials of any conference of economists in the past or the beginning of this year. Almost everywhere it refers to the global economic cataclysm. Here is one example of such forecasting, which was published on January 10 this year in the press:

What will be the consequences of the crisis for developing countries? Currency devaluation, decline in production, imbalance in the financial system, rising prices, increased tax burden on business and the public, layoffs and, as a result, social upheaval.
Moreover, economists have clearly described the further development of the situation. Unlike the first quote, we cannot verify the accuracy of the forecast yet. The crisis is just beginning. So we will take the forecast simply as a prediction.

Analysts attribute the mitigation of the economic crisis for Russia to the fact that the reserve fund exceeds debt obligations, the country has a surplus budget and low inflation. In addition, import substitution made Russia less integrated into Western economies, but this applies to agricultural production, and not to the technology sector, where the role of external suppliers is huge. These factors will help Russia in the event that the crisis is short-lived, playing the role of a kind of airbag.

If the crisis drags on, the burden of overcoming it will fall on the shoulders of small business and society, which will lead to a further deterioration in the quality of life in Russia.
The question may arise why the Russian government did not react to such forecasts. Obviously, those economists also participated in the work of such conferences, which then participated in the development of materials on the budget of the Russian Federation. And who said that there were no such calculations?

We traditionally say that Russia will calmly survive the fall in oil prices to $ 40 per barrel. It was this price that was budgeted for 2020-2022. But if you look at the materials for the draft budget, the calculations made by the Ministry of Finance taking into account changes in the cost of oil, you can see the project shock. The fall in the price of our oil to $ 10 per barrel.

In the first year, losses will amount to 5% of GDP. If the situation persists for ten years, the treasury will receive less than 70% of annual GDP.
So, the crisis did not come as a surprise to the governments of most countries. He was expected, which means that there was time for preparation and creation of conditions for “smoothing” the consequences for the population.

The Russian government knows the “goals” that the crisis will hit

We are often told that it is impossible to predict where the crisis will hit first. Moreover, the majority is simply sure that the main thing that you should pay attention to is tax and other budget revenues, the national currency exchange rate and population incomes. I will not argue. However, today ask a simple working person from Zamkadye about the dollar or euro exchange rate, and with almost 100% probability you will see a surprised look or hear the direction where he will advise you to go.

Budget revenues from the sale of hydrocarbons? Yes, they will shrink. And seriously enough. Before me is now the data for 2009. Then tax revenues collapsed by 61%! Indeed, oil is still the blood of our economy. In 2018, oil and gas revenues accounted for 46,3% of all revenues.

But look what happened then with other sectors of the economy. Let me remind you that in 2009 oil lasted only 5 months at a price below $ 70. Industrial production in Russia decreased by a quarter! Remember what our car plants turned into then. Drop three times! Engineering was halved. Construction has fallen by more than 30%!

Here they are, goals! By blocking access to “blood”, the crisis destroys not so much the oil and gas industry (it is clear that the price of hydrocarbons this year, if it does not return to the pre-crisis level, will be quite “digestible” for the global economy), the blow comes from industries that are difficult to revive. The plant can be restored, but returning to sales markets is problematic.

Option of the Russian government in a crisis period

Today there is such a “pillow”. Today we have a reserve of time. We have the opportunity not only to preserve what has already been achieved, but also to change the existing reality. Just so, change reality in the economic sense of the word.

What is happening on the oil market today? The fall in prices almost halved the production of shale oil from the United States. Shale oil production at a price below $ 30 per barrel turned into an unprofitable investment. And no matter how the American president encourages the business to continue production, the business began to curtail shale oil programs.

In various sectors of the economy, there is a serious, on the verge of collapse, decline. The world economy is in a fever no worse than a patient during a crisis. Many corporations are seriously considering liquidating or selling part of the shares of unprofitable enterprises. Even understanding that the crisis is not eternal does not save companies from ruin.

Pull the ticket - the question is in the ticket: crisis. And it really can become an exam for the matriculation certificate for the Russian government. The actions of the government of Prime Minister Mishustin may enter history as an example of work for the state, an example of the ministry of Russia. But this government may disappear with time, like all previous ones. To melt like a morning fog, which is quickly forgotten ...

So what needs to be done today? Firstly, in the context of a breakdown in economic ties. caused by coronavirus, it is necessary to restore industrial enterprises in the regions as soon as possible. Moreover, it is necessary to recreate the system of ties between local industry and federal corporations. And it is quite possible.

Secondly, to continue financial support for agriculture in all regions of Russia. As life has shown, the country's food security comes to the fore. And in a situation where many experts predict a fall in agricultural production this year, such support provides some additional opportunities for profit from exports.

Thirdly, it is necessary to carefully monitor the international stock market of enterprises. It is no secret that a large number of Russian enterprises and corporations today, thanks to the liberalization of the 90s, belong to Western investors. It is necessary to promptly respond to the appearance at the auction of shares of Russian corporations and, if possible, return them to the ownership of Russia.

The situation when foreigners use our wealth is really absurd. Moreover, they even own shares of defense plants. This practice must be stopped.

Advising, of course, is easy. It is difficult to fulfill the plan. This is also difficult because there will always be those who scream with foam at the mouth in the style usual for our society: “Government is anti-people!” How many times have I heard and read that "it would be better if they gave this money to pensioners." Then, when the decision turned out to be right, such screamers disappeared somewhere.

In general, the situation in the economy today is really serious. And the world will be different. But how? And do we need to take care of the world? Today we need to think about our own country, about our own people. Let's see how our ministers, led by Prime Minister Mishustin, will cope with this.

We are in Yandex Zen
Situational analysis of the death of the MH17 flight (Malaysian Boeing 777), made on the basis of engineering analysis from 15.08.2014
Results of the week. “In our cooperative, the board is always agreed”
65 comments
Information
Dear reader, to leave comments on the publication, you must to register.