July 26 2012
24
The BTR-4E, created by Kharkov designers from the KMDB named after A.Morozov, has been officially adopted by the Ukrainian army since 24.07.2012. The order on the adoption of military equipment signed by the Minister of Defense of Ukraine D.Salamatin.

Today, however, in Ukraine there are only two experienced vehicles BTR-4. It is assumed that a small batch of BTR-4 in the number of 10 units by the end of the year will go to the 13-th separate air-mobile battalion, which is part of the air-mobile troops, located in the city of Zhytomyr. 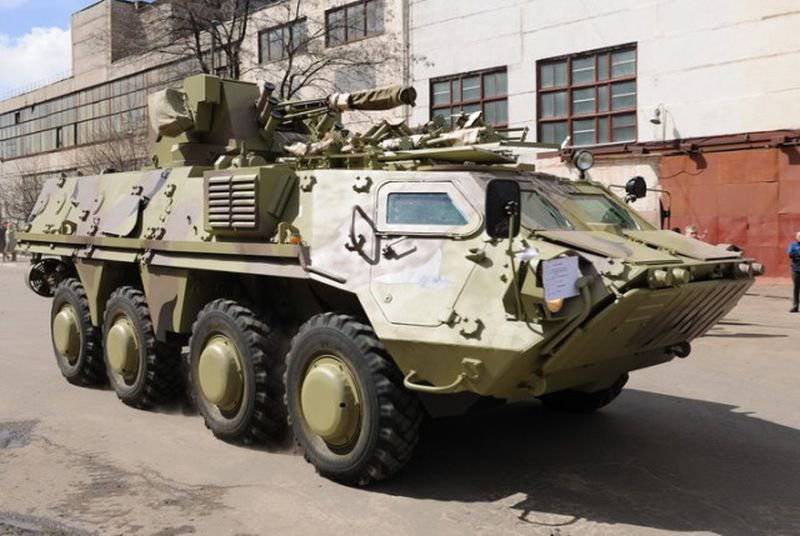 The adoption of the BTR-4 export model (exactly the same model was delivered to Iraq under the contract signed in 2010) for the armament of the Ukrainian army leads to disappointing conclusions. The BTR-4 lacks the strength or the means, because, in fact, the BTR-4 was created with Iraqi money. The armored transporter is taken up with identified deficiencies, which are very well known in the Ministry of Defense - insufficient mine protection. Another option is a pre-election gesture, and the armored personnel carriers are awaiting the fate of the “Strongholds”, which, incidentally, were also ten units. 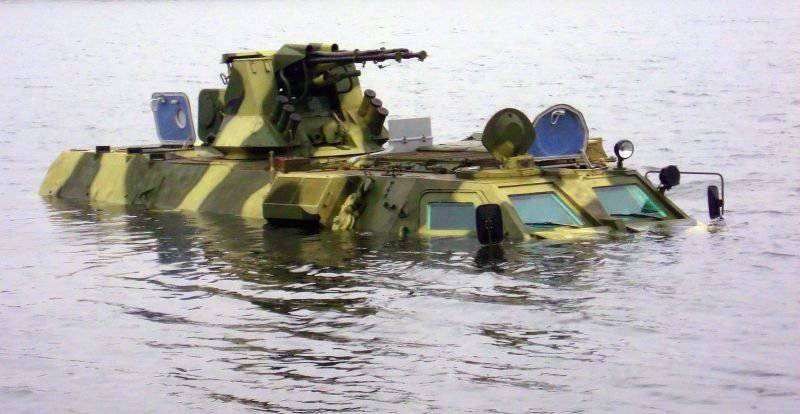 I am glad, of course, that the new equipment still goes to the army of Ukraine. The BTR-4E is equipped with a 3TD diesel engine. Of the weapons, we note the combat module BM-7M "Parus". It is expected soon to be adopted by the next modification of the BTR-4 - BTR-4M. He will receive enhanced protection and the German engine "Deutz".

Layout armored transporter:
- management department - performed in the forward part of the hull;
- MTO - performed in the middle part of the body;
- fighting compartment - made in the aft hull;
- troop compartment - made in the aft hull;
The location of the combat compartment and the troop compartment allowed to create a whole family of vehicles without changes in the layout, logistics and chassis. Capacity - 10 man, of which 3 man - the crew of the car: the commander of the car, the gunner and the driver-mechanic, 7 man - infantry.

BTR-4 can be armed with the following combat modules:
- BM "Thunder" consists of one automatic 30 mm gun, one 7.62 mm machine gun, one automatic grenade launcher and anti-tank missile complex "Barrier"; 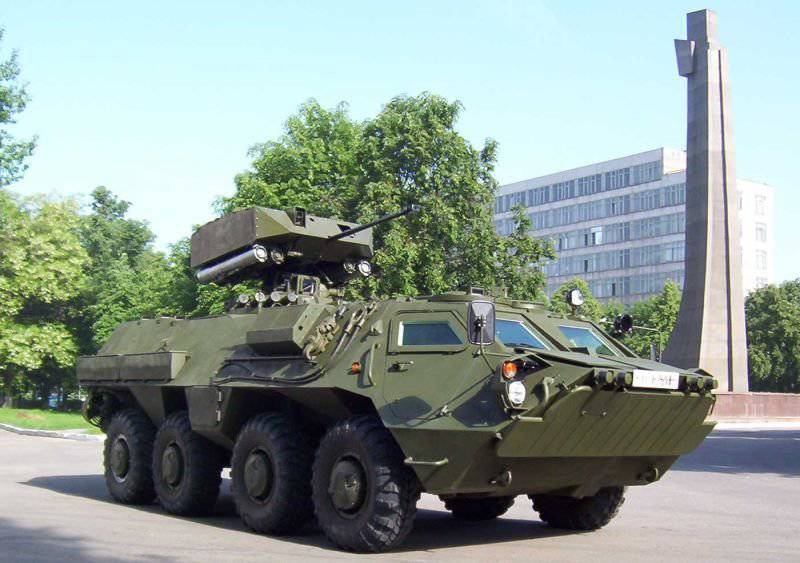 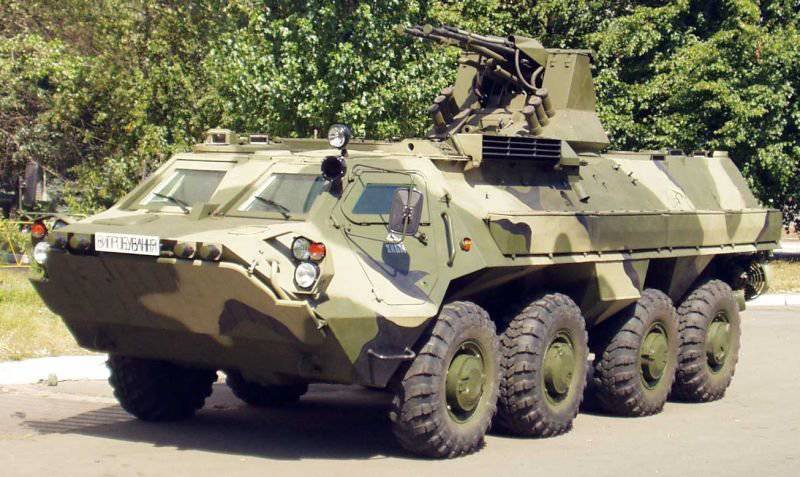