Vepr nuclear submarine of project 971 went for testing after repair 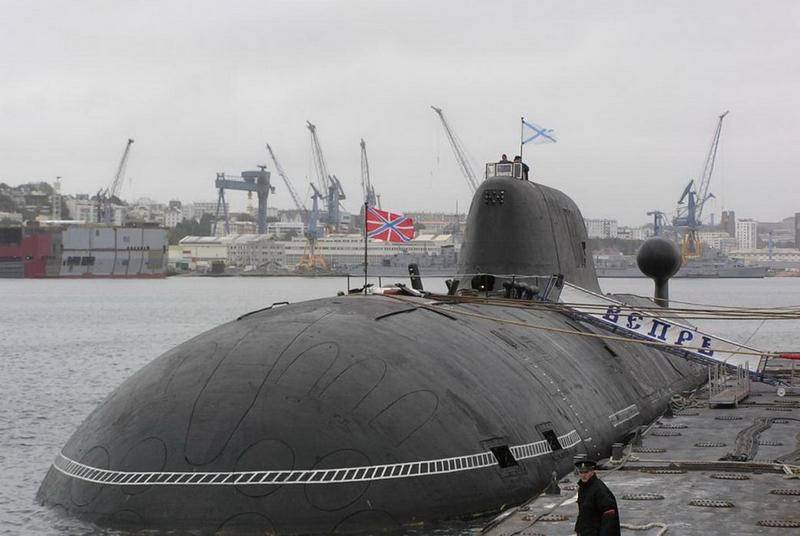 The Vepr multipurpose nuclear submarine (NPS) of project 971 Schuka-B is currently undergoing factory sea trials after repair and modernization. This was reported by TASS with reference to a source in the military-industrial complex.

Repair and modernization of the Vepr nuclear submarine are completed. Submarine began factory trials
- the agency leads the words of the source.

The Vepr nuclear submarine underwent repairs and modernization at the Nerpa shipyard (a branch of the Zvyozdochka ship repair center). The Commander-in-Chief of the Russian Navy Nikolay Evmenov in an interview with the Krasnaya Zvezda newspaper said that the submarine will return to the Northern Fleet in April.

We are in Yandex Zen
The submarine "Nerpa" on Wednesday is introduced into the combat strength of the Indian Navy
India received a nuclear submarine "Nerpa" with a three-year delay
30 comments
Information
Dear reader, to leave comments on the publication, you must to register.