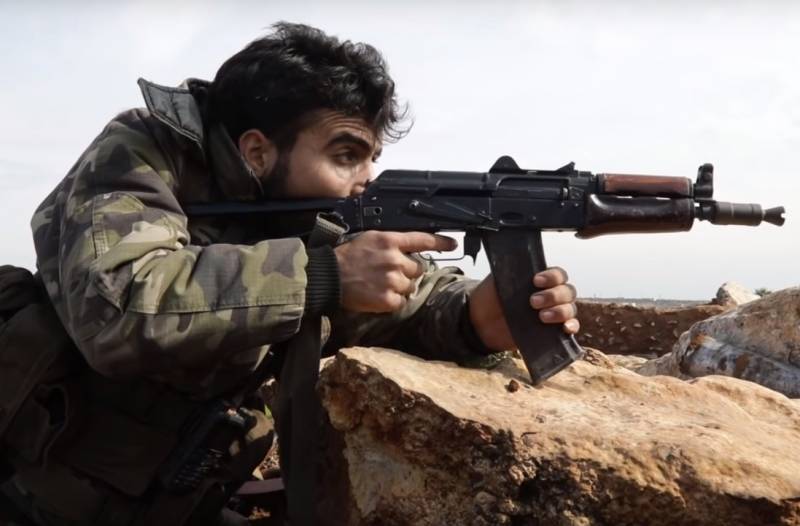 The situation in the Syrian province of Idlib has again escalated. This is due to the continued attacks by militants and the position of Damascus in this regard.


Syrian leadership represented by acting Provincial Governor Muhammad Fadi Al-Saadoun said that if Turkey does not comply with the Moscow agreements, calms down the militants, and fails to restore traffic along the strategically important highway linking Aleppo and Latakia, the Syrian regular army will have to decide this issue. The fact is that the situation in Idlib remains extremely turbulent.

Terrorist groups refused to abide by the ceasefire and continue to sortie into the positions and patrols of the Syrian army. At the same time, everyone understands that the militants are supported by Turkey, which supplies them weapons, ammunition, military equipment. Ankara formally has clean hands, but fighting continues.

The Khayyat Tahrir al-Sham group, banned in Russia, said it would destroy any Syrian patrol that appears in territory controlled by its militants. By all means, the terrorists are trying to prevent the restoration of traffic on the highway, scattering iron spikes and pouring sand.

As a result of such events, the Syrian army began to transfer additional forces to the province of Idlib. Reinforcements come from neighboring provinces. Moreover, the Shiite militias Kataib Hezbollah and Hashd Shaabi are being transferred to Idlib. They will so far be deployed in the southern part of Idlib, in the region of Serakib and Kafr Nabeul, as well as Khazarin. In addition, reinforcements arrive in the Syrian province of Latakia.

Acting with Shiite militias is also very convenient for the Syrian authorities. In the case of questions from Turkey, one can answer in the mirror: government troops have nothing to do with the shootout, they were militias.

Restlessly in other provinces. For example, in the province of Hama, militants of the Khayyat Tahrir al-Sham attacked ATGM camp of the Syrian Arab army Jurin at night. In response, the Syrian military opened fire from artillery pieces. The positions of the KhTSH fighters in the area of ​​the village of Kastun-Jalal were attacked.

A similar shelling of the positions of government troops with the help of ATGMs took place in Latakia province - militants of the Islamic Party of Turkestan banned in Russia and Khayyat Tahrir al-Sham took part in it. The Syrian Arab army had to hit artillery pieces at militant positions in the areas of the villages of At-Tafajiya and Al-Yamadiya.

In the province of Raqqa, two Syrian soldiers were killed as a result of a government car bomb. The incident occurred in the area of ​​the village of Maadan. The militants of the Islamic State formation in this area are suspected of what happened (banned in Russia).

However, there are positive news. So, residents are gradually returning to Aleppo. Even in Zahra, an elite district of the city where wealthy Syrians lived, several families of citizens returned. This was made possible thanks to the quick work of Syrian sappers and builders who mine the city, eliminate the rubble and restore the destroyed buildings and communications.