Coronavirus highlights the dangers of the neighborhood with Ukraine 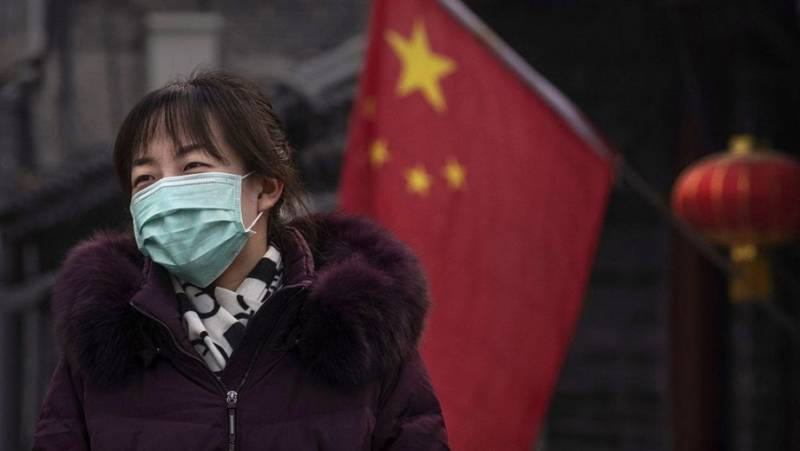 For many years now, a simple layman, hopelessly busy with credit payments, searching for discounts, voyages to shopping centers and watching TV shows, grumbles that the subject of Ukraine has hated him. It is difficult to blame the layman for inertness, philistinism and outright cynicism. For thirty years, the television-plastic reality of the screen has created such individuals. They are not even affected by well-grounded warnings about the environmental, social, and, what is especially important, the epidemiological risks of such a neighbor. But now the new bloody television show with the virus slightly cheered up a bored audience. And even echoed the feelings of self-preservation again to look at Ukrainian subjects. And not in vain ...


The statistics of the pandemic officially announced by the WHO resembles reports from the front, which makes the public nervous about the information cannonade. In Italy alone, where the true viral inferno opened, more than 350 people have died over the past Sunday. And this happens in a “normal”, as our pro-Western fellow citizens say, country. What is happening in the country of universal democratic happiness, whose citizens forced the prices of foreign labor in Europe to dive down? And, most importantly, what will happen when the zarobitchites decide to bring some pennies home? Or do they rush across the border to the hated eastern Mordor?

Reforms of post-Maidan Ukraine were not in vain

After the “revolution” in Ukraine, young lady Ulyana Suprun came to power in the Ministry of Health, whose qualifications, like her citizenship, are hidden by a veil of secrecy. With any direct question, Suprun replies that she is Ukrainian and a doctor. Ulyana does not provide criteria and details. 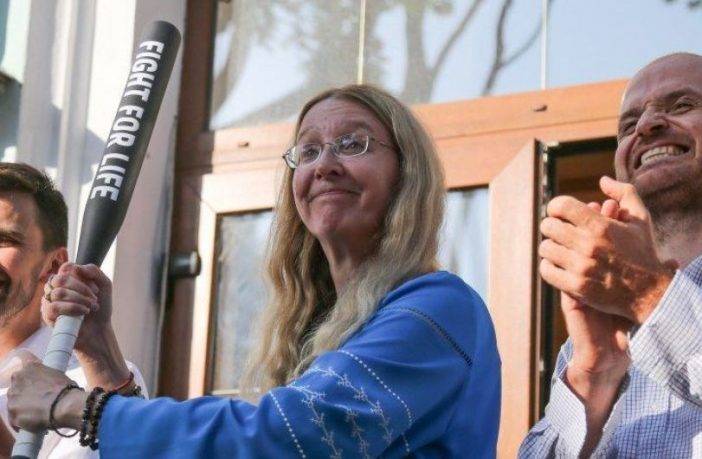 Uliana Suprun next to her associates
As soon as Suprun sat down in the minister's chair, she took up the reform of the entire healthcare system. The liquidation of the previous system began immediately from two ends, or rather, two “concepts”: reforming the financing of the health system and the development of the public health system. Behind these vague notions was the destruction of a huge sector of medical services for the population.

Ukrainian pharmaceuticals were completely left out of the brackets, as drug purchases were entrusted to “international organizations”, in particular, Crown Agents, which is a consulting NGO with a head office in Britain. Drug prices jumped up instantly, and the familiar “minimum” of domestic acetylsalicylic acid, coal, citramone and other drugs began to slowly disappear from the shelves. Following this, the sanitary-epidemiological service of Ukraine was completely eliminated. And this is just two years of suprun supremacy. 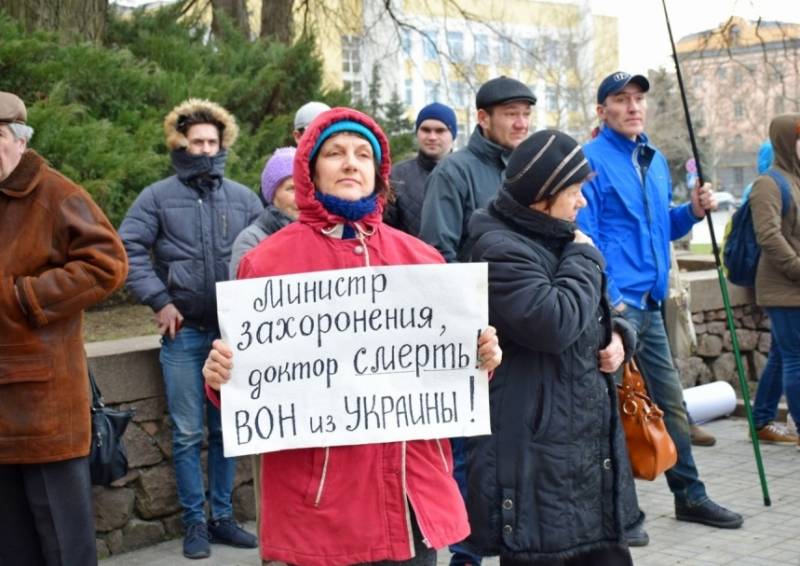 A little later it turned out that the young lady and her associates at that moment were only warming up. In less than five years of uncontrollable activity after the “revolution”, a new team of medical managers liquidated about 800 different medical institutions. The number of hospital beds decreased by almost 25-30%. The collapse in salaries for health workers initiated by Ulyana Suprun forced skilled personnel to look for a different way of earning.

Another innovation was the slow closure of tuberculosis and psychiatric dispensaries. According to the Ministry of Health of Ukraine, tuberculosis and mental illness can allegedly be treated on an outpatient basis, under the supervision of a family doctor. It’s easy to guess where all these people go.

Corruption was “defeated”, but what about the coronavirus?

While Ulyana Suprun, and later her successor, a lawyer by training, Zoryana Skaletskaya, annihilated health care at the pace of Europeanization and the fight against corruption at the Stakhanov pace, the Western media commented on the achievements of the “new Ukraine” extremely complimentary. But as soon as the Chinese “guest” flashed on the horizon, even the British BBC’s rhetoric changed. 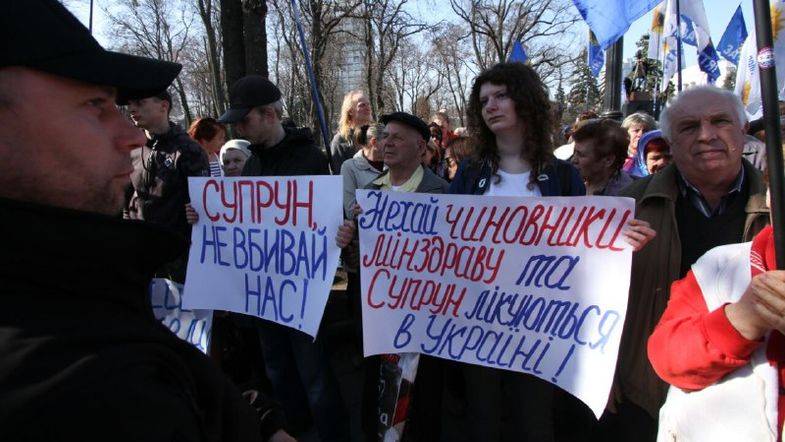 Journalists of a foreign publication began to ask unpleasant questions and cite even more unpleasant facts. So, despite the large passenger flow of Ukraine and Italy, five hundred citizens who returned to Ukraine did not check for coronavirus. However, at the same time, Ukraine continues to boast of a scanty number of cases, which causes more than just suspicion, because there are tests for coronavirus only in Kiev and then in an extremely limited number. This fact has been forced to admit by the authorities themselves.

The revelations of some Ukrainians, who, to their misfortune, have already returned to Ukraine, give a special piquancy. For example, a conscious and socially responsible citizen Anna Tyszkiewicz, having arrived from Polish Poznan, decided to isolate herself from people first, and later find a way to get tested for coronavirus. The girl phoned all Kiev hospitals with this request, but achieved nothing. And during the next conversation, the medical staff even privately told her that no one would come and would not spend tests on her. In general, the salvation of a drowning man is the work of the drowning man himself. Tyszkiewicz herself at the end summarized her interesting experience as follows:

“I got the impression that most do not know what to do, but some frankly do not care. In Ukraine, they do not talk about self-isolation at all. Friends suggested simply going to the Laura for a reception, let him look. ”
.
As a result, by simple conclusions, any more or less educated person understands that the coronavirus in Ukraine is not only unable to be detected due to lack of funds, but also is not willing. It would seem a suicidal policy, but not the first time for them. At the end of the hurricane, shaking the collapsed Ministry of Health, the Ukrainian authorities will once again require support, money, and, perhaps, ... love.

On March 17, Russia cut off rail links with Ukraine. Of course, the backyard remains through the "friendly" Belarus, but it is slowly being closed. However, multilateral automobile checkpoints (MAPP or “map”), which are so lively on the border between Russia, the independent republics of Donbass and Ukraine, that the crossing, which takes about 3 hours, are considered successful, do not appear in the information field. Even less mention is the indispensable component of this small world of MAPP - passenger cars, dearly called "beads" in Ukraine and in Donbass. 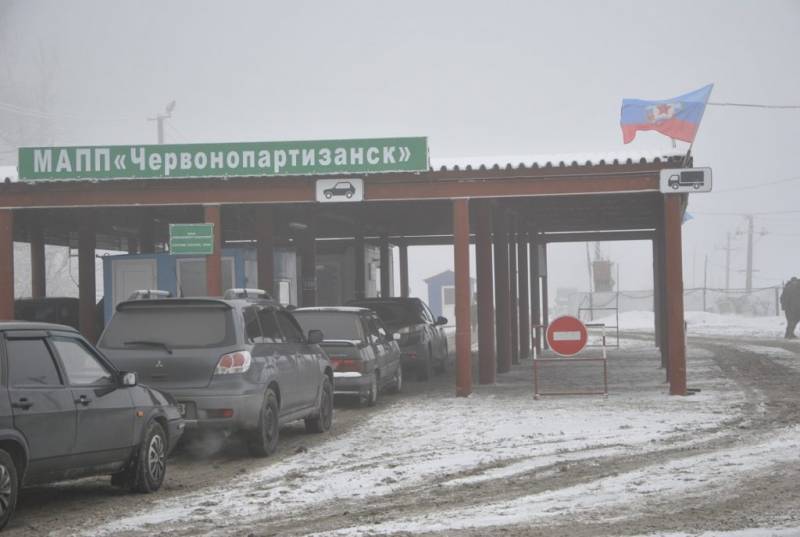 “Busik” is a wretched and unfortunate child of economic inequality, labor migration, unemployment, the severance of economic ties and political instability in the form of vehicles living in a certain gray zone of reality. “Busiks” do not have bus stations and train stations, you cannot buy tickets for them, but becoming their passenger is easier than ever.

We go to the search site for fellow travelers and look for guys to Lugansk, Donetsk, Kharkov, Alchevsk or Kiev itself. Having contacted the guys, we find out where and when to approach. A minibus will stand in place, from which the driver will leave with a sly look and a "magic" notebook with counts.

After a long line, you will be dropped off to check documents. Very strict, and sometimes boorish detachment led by a dog will require you to open the bags. Further, without looking inside, the detachment will glance at your bags from above and send to draw up documents. Sometimes it happens the other way around, because Mapik is a thing in itself. There is no epidemiological control there, in principle, and the infrastructure itself does not allow this.

After that, you walk about a kilometer to the mapika of Donbass. The people there are friendly, but the infrastructure is many times worse, only the ubiquitous duty-free blinks like a Christmas tree. The procedure is repeated, and you sit in the "bus."

On my way back, I often met remarkable citizens. I especially remember the hard worker who crossed a kilometer strip with me towards Rostov. He walked and lamented that he crossed the border a second time in a day, because he had visited his family and was in a hurry to change, and because of such a frequency they might not miss. And this “iron” stream is huge. Despite the declared blockade of Donbass and the abundance of Ukrainian nationalists on the other side, residents of the republics are forced to visit Ukraine both for economic reasons (for example, receiving a pension) and for the need to maintain family ties. And these same citizens even more often travel to Russia for the same reasons, but for more facilitated rules with the right to stay in the Russian Federation for up to six months.

Those. the factor of the difficult economic and humanitarian state of the LPR and the DPR will become a burden in the face of increasing infectious danger. And completely blocking the border in the conditions of the war in the Donbass means literally throwing people to death, betraying the long-suffering population in the most cowardly and vile way.

Truly fate has an extremely evil irony. The coronavirus, which questioned all Western values ​​and the enthusiasm for globalism, suddenly recalled the epidemiological danger that comes from our “revolutionary” neighbor. Moreover, the author has mentioned this danger more than once. 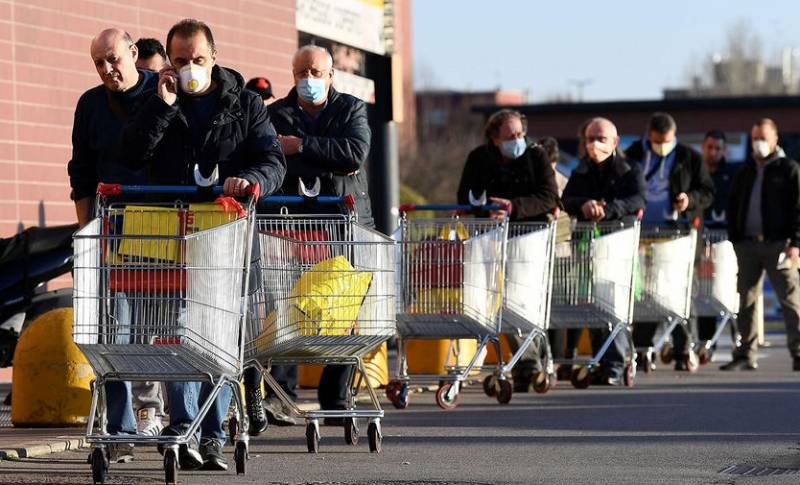 After all, coronavirus, oddly enough, sounds like just another little-known outbreak of the same little-studied virus. But the epidemic of measles, tuberculosis and increasing diphtheria in Ukraine has long been quite tangible.

According to the most optimistic forecasts of Ukrainians themselves, more than 2019 thousand people were infected with measles in Ukraine only in 50, and about 10 thousand died. In terms of the spread of the disease, Ukraine is ahead of India, Congo and even Nigeria (according to data for 2019). Experts consider the last cases of infection in Russia to be brought from the vastness of our western neighbor. For example, last year in the Kuban alone, several measles were discovered, some of them came from Ukraine.

Diphtheria is no better. At the end of last year, this obsolete, it would seem, disease was discovered in twenty Ukrainians. The fact of detection already makes the situation a little easier, but the problem is that in Ukraine there is a serum deficiency against this disease. According to Ukrainian doctors, there are less than 200 doses of the drug throughout the country. This situation arose not because of the slow decay of health care, but because of the suicidal refusal of the country's authorities to purchase medicines in Russia, since all the serum is produced in Russia. 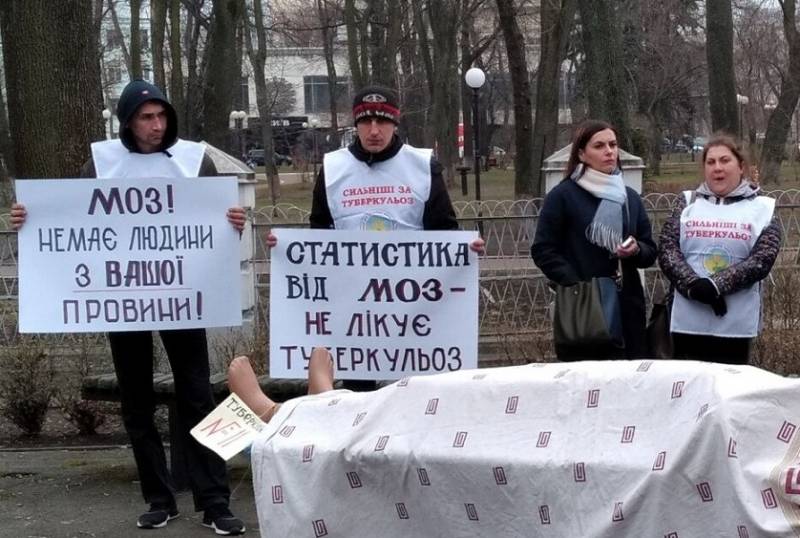 And the situation with tuberculosis is even worse. Ukraine is the unquestioned leader of the continent in multidrug-resistant (resistant to anti-TB drugs with a high probability of death) forms of this disease. However, the authorities with suicidal tenacity turn the country into some kind of Petri dish. So, in 2018, more than 1800 patients with tuberculosis were discovered in the city of Zaporozhye. What did the authorities do? It was planned to close by April 2020 three of the four existing TB outpatient clinics. Juliana Suprun even went further. She canceled fluorography, replacing it with a survey (!) Of the patient.

In this case, the tragedy of the coronavirus acts as a spotlight, highlighting a whole bunch of problems: from promoted economic models and ties to cross-border relationships. And, no matter how much the layman would like to forget about Ukraine, trying to sweep excrement under the rug is a bad policy, especially when it comes to epidemiology.

We are in Yandex Zen
A great interview with Sergey Lavrov: about Ukraine, Obama and Iran
What you didn't want to know about England
84 comments
Information
Dear reader, to leave comments on the publication, you must to register.