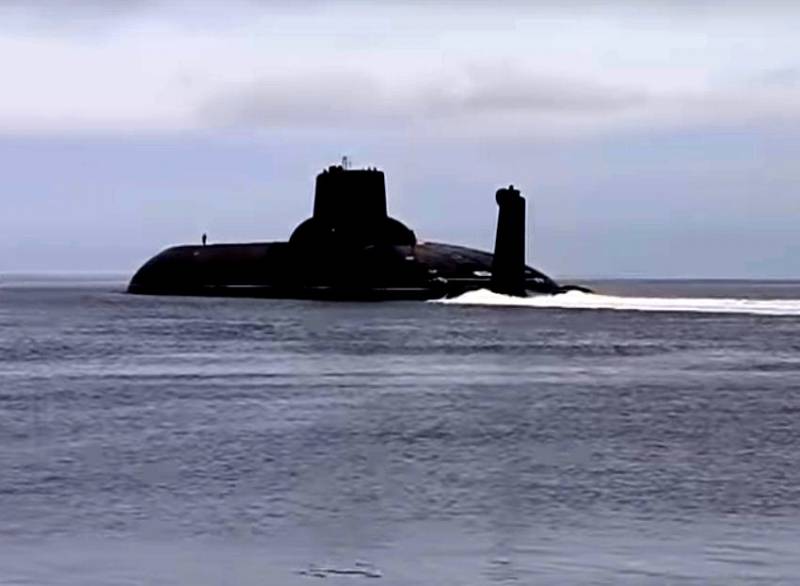 The Polish press is very interested in Russian weapons systems. This time, the famous Burak-M, which plans to adopt the Russian Navy, has fallen into the spotlight of the Polish media.

As you know, "Burak-M" are special buoys, or, if officially, drifting devices of electronic countermeasures of the enemy’s RTB. The main task of the buoys is to suppress the signals of the sonar buoys of the enemy so that the latter could not detect Russian submarines. First of all, the system is designed to protect strategic missile carriers of projects 667-BDRM "Dolphin" and 955 "Borey", diesel submarines of project 636.3 "Varshavyanka" and 677 "Lada".

Currently, according to data from open sources, the system is being tested. It is said that before there were no analogues in the Soviet and Russian Navy, but the letter “M” in the title, according to the Polish press, clearly indicates that this is already a modernized version of some earlier version.

According to the Polish edition of Defense24, "Burak-M" is the Russian response to the American submarine sonar buoys, for which the Pentagon allocates impressive funds. Of course, such a buoy cannot fully protect submarines from detection, but it is a completely reliable component of an integrated system for countering the detection of submarines.

A special buoy is launched from a submarine and, rising to the surface, at a specified time begins to interfere in all possible frequency ranges used by sonar buoys of the enemy.

However, buoys have a weak point - their very presence on the surface will allow the enemy to determine the approximate area where the submarine that launched the buoys is located. After that, the enemy uses other search tools, including ZOP helicopters, whose lowering sonars are not influenced by the buoy.

Nevertheless, the Russian Navy considers Burak-M buoys to be a reliable defense of submarines. In the foreseeable future, the Baltic and Black Sea fleets will receive them. As for the Polish press, its favorite topic is the imperfection of the Russian weapons. At the same time, scolding Russian equipment, Polish authors can write in other articles about the terrible threat that Russia allegedly poses to Europe.

As always, part of the Polish audience accepted the article on Burak-M buoys in the usual spirit - they began to accuse Russia of aggressive plans.

Probably not a single reasonable person has any doubt that Russia is preparing for a big war and is ready to initiate such a case if a way is found to ensure impunity, or a means of struggle against which NATO has no antidote. Russia also clearly confirms its readiness to use nuclear weapons,
- writes a certain Zbigniew.

But there are also quite sane positions. I am glad that not all Poles blindly believe in anti-Russian propaganda, but retain the ability to soberly assess the situation.

Any rational person does not doubt that Russia, like many other countries, is preparing for a big war, but not a single rational person claims that Russia is ready to cause such a war. In addition to Russia, the United States also clearly confirms its readiness to use nuclear weapons,
- another resource user responds to Zbigniew.

The mutual balance of fear, thanks to the MAD guaranteed by nuclear weapons, has provided us with peace for several decades. But the United States did not like this, so they concluded an agreement prohibiting strategic defense. If it weren’t for Russian hypersonic weapons, we would have had the madness of World War II, because the US prefers world wars to imminent bankruptcy
- says another commentator.

We are in Yandex Zen
Situational analysis of the death of the MH17 flight (Malaysian Boeing 777), made on the basis of engineering analysis from 15.08.2014
Results of the week. "God forbid to see Russian revolt, senseless and merciless!"
Military Reviewin Yandex News
Read Military Reviewin Google News
Loading ...
14 comments
Information
Dear reader, to leave comments on the publication, you must to register.