In the USA, they showed in a video how they can destroy Topol-M and S-400 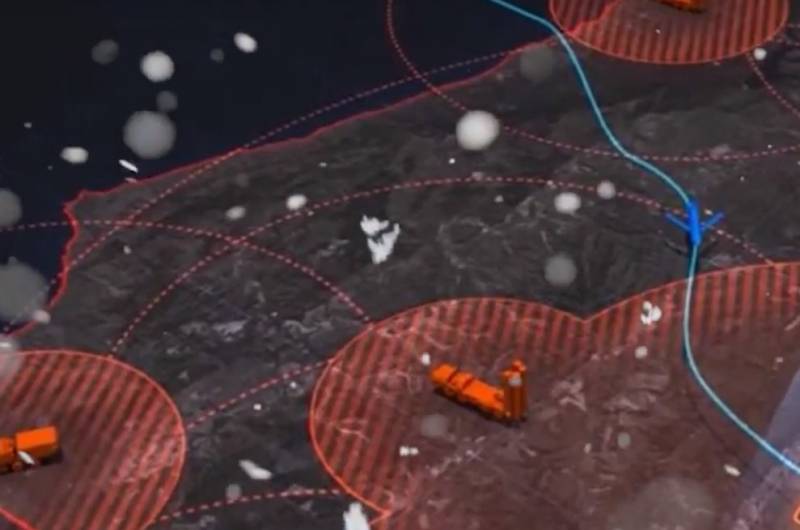 The US military is very puzzled by the opposition to Russian ballistic missiles. So Lockheed Martin released a video simulating a strike on a Russian rocket.


As you know, Lockheed Martin Corporation is one of the pillars of the US military industry, playing a major role in production. aviation technicians. Naturally, it has a huge influence on the American leadership, an impressive lobby and enjoys great authority in the United States.

The corporation recently released a special video dedicated to Skunk Works. This is a secret research group within the corporation and responsible for a number of Lockheed F-117 Nighthawk, Lockheed Martin F-22 Raptor and Lockheed Martin F-35 Lightning II, U-2, Lockheed SR-71 Blackbird combat aircraft projects. These aircraft, as you know, are used by the air forces of many countries of the world and are the pride of the US Air Force.

The video focuses on the future of ISR & UAS technology and includes footage of a simulated preemptive strike against the Russian S-400 missile defense system and the Topol-M mobile intercontinental ballistic missile system. It was the S-400 and Topol-M that were repeatedly indicated in the American media as the most dangerous Russian systems. Therefore, at least in the form of imitation, but blows to them “caress” the gaze of American “hawks”.

We see on the frames of a published video the possibility of an exact strike of an American cruise missile. Before that, a remote-controlled observation aircraft discovers the Topol and S-400 mobile systems and directs missiles at the target.

An intercontinental ballistic missile is deployed in a launcher container mounted on an 8-axle off-road chassis. The chassis includes jacks, gas and hydraulic drives and cylinders with a capacity of several hundred tons for lifting and leveling the launcher, accelerating and slowing down the lifting of the container with the rocket in a vertical position.

It is interesting that the United States is not the first time to rehearse strikes on Russian targets. For example, in February, the US Department of Defense talked about simulating a nuclear strike against Russia. Such actions by the American side testify to its unequivocal attitude toward war. Indeed, for the United States, Russia is one of the most probable, along with China, military-political opponents.

At the same time, the American leadership is very worried about the growth of the military power of the Russian armed forces, the emergence of new types of weapons in Russia, although the old ones are being used with might and main in the army, pose no less threat to the enemy. Therefore, they are practicing actions against Russia in the United States, dreaming of striking at Russian targets.

It’s not worth ironicizing such videos - their very appearance indicates that American military-industrial companies are busy analyzing how to suppress Russian missile defense and what weapons are best used to destroy it.

Interestingly, an important role in this video is given to unmanned aircraft. It is its development and improvement in recent years that has been one of the highest priorities of the American military department.

We are in Yandex Zen
US expert community is trying to identify ways out of the Afghan impasse
December 2010 years. Russian March. Senseless and merciless? Notes not a Russian person
83 comments
Information
Dear reader, to leave comments on the publication, you must to register.