Sohu: China launched a worthy competitor to the US destroyers Zumwalt 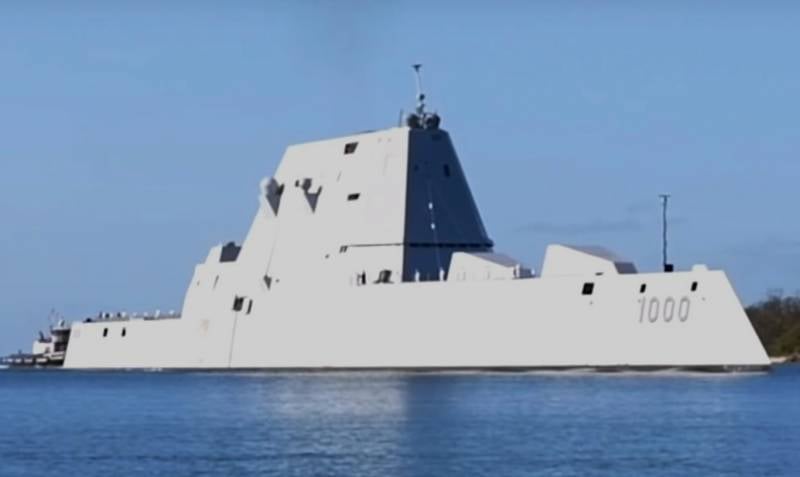 As you know, Zumwalt is a modern type of destroyer of the U.S. Navy. But not so long ago, he had a rival, who is also one of the most promising destroyers of our time.


American Zumwalt ships are widely advertised as one of the most suitable ships for coastal and ground targets. The first destroyer of this class was launched in 2013 and three years later it entered service with the US Navy. Then the second destroyer was launched, which entered service in 2019, and the third ship is currently expected to enter service.

The US military is proud of one of the main advantages of the ship - its stealth, ensured by the use of stealth technology in the design of the destroyer. This factor allows us to operate the ship in a storm at sea, which is also important, since the sea storm is still a serious obstacle to the use of even modern warships. Zumwalt shows high stability than many other destroyers and cruisers of the United States cannot boast of. fleet.

However, judging by the contract concluded with Raytheon, which provides for further maintenance work on the destroyer, the US Navy command plans to further improve and improve Zumwalt. Repair work will be done in Portsmouth, Rhode Island, and in Tewkesbury, Massachusetts.

Meanwhile, in January 2020, the American destroyer appeared a worthy competitor. It became a ship belonging to the Navy of China - one of the most likely opponents of the United States. At least, it is at sea that China is the most important opponent of the US Navy.

Already now in the South China Sea, the US Navy is trying to demonstrate its capabilities to Chinese naval sailors, and in the foreseeable future, none of the military experts doubt the transformation of the Asia-Pacific region into a possible arena of naval confrontation between the United States and China. 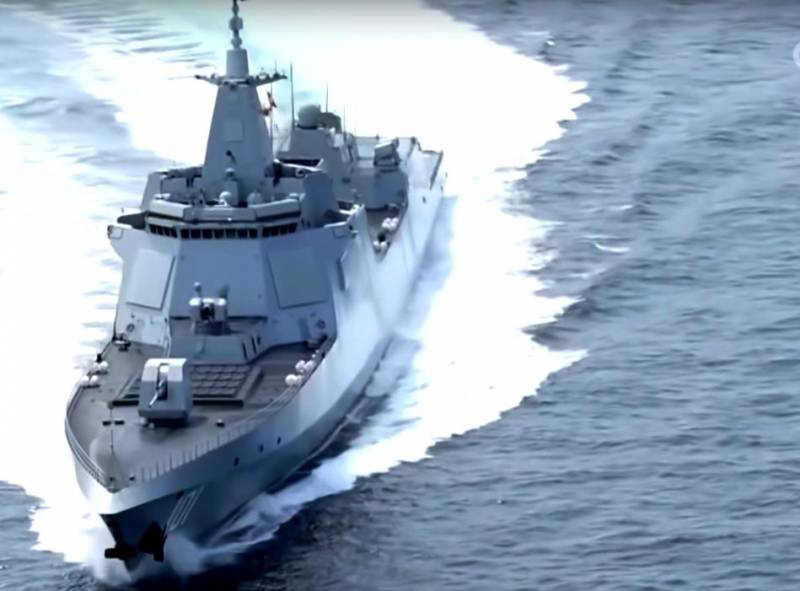 So, on January 12, 2020, the first ship of the Nanchang class 055 of the Chinese Navy officially entered service. The Chinese edition of Sohu characterizes it as the most efficient surface ship of modern times. Another 5 ships of this project were launched, but have not yet been commissioned by the Navy.

Of course, "every sandpiper praises its swamp," and this is a common truth, but the Chinese destroyer really has many advantages. The main purpose of the destroyer is to provide and strengthen the missile and air defense forces and aircraft carrier formations of the Chinese fleet. By size, 055 ships in a similar class are second only to Zumwalt American ships. Interestingly, the United States still had enough funds to put into operation only 3 destroyers, while China launched 6 such ships.

We are in Yandex Zen
Yuri Drozdov: Russia prepared the role of the sacrificial calf
Russia is taken to the Golden Billion
80 comments
Information
Dear reader, to leave comments on the publication, you must to register.