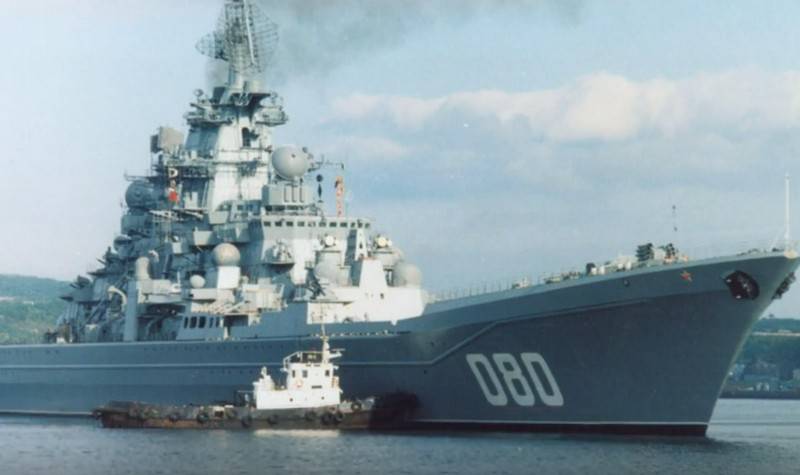 For the ongoing repair and modernization at the Sevmash, the heavy nuclear missile cruiser Admiral Nakhimov of project 11442M began to install large-sized equipment. This was reported by the press service of the enterprise.


Work on the cruiser Admiral Nakhimov moved to a new stage, installation of large equipment at the same time in the bow and stern engine room began. Currently, a turbine is being prepared for loading and installation, and the installation of a ship shaft is approaching.

The ship has already been laid insulation, cables, cabins are formed. Prepared mechanisms for pulling the anchor chain.

The press service emphasized that the builders are faced with a large-scale task - to take the ship out of the dry dock to continue repairs already on the water. Factory ship trials are scheduled for this year.

Earlier it was reported that work on modernization of the ship was proceeding according to the approved schedule, the Ministry of Defense fully funded the repair of the ship. At the beginning of September last year, 50% readiness of the cruiser was reported. The transfer of the ship to the Russian Navy is scheduled for 2022. According to the results of work, he should receive the most modern weapons and become the most powerful ship of the Navy fleet Russia.

In the process of updating the weapons system, the cruiser should receive new unified launchers UKKS 3S14, capable of launching the Caliber, Onyx, Bramos, Zircon. The exact nomenclature of the weapons of Admiral Nakhimov is not yet known, however, it was stated that the cruiser will definitely receive the Fort-M and Pantsir-M air defense systems, as well as the anti-submarine Package-NK and Response.

It is one of the four heavy nuclear-powered cruisers of Project 1144 Orlan. At the moment, only one of these ships is in a ready state - the flagship of the Northern Fleet, Peter the Great. The modernization of Peter the Great will begin immediately after the return of the Admiral Nakhimov to the Navy.
Ctrl Enter