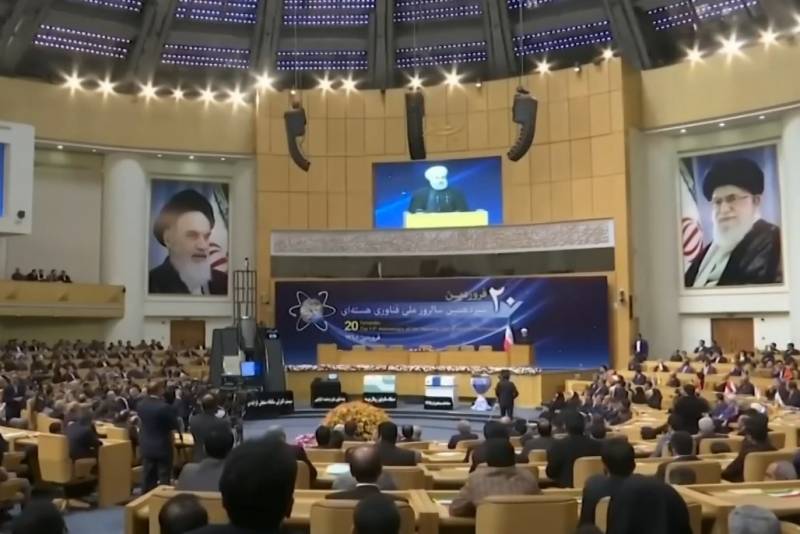 The United States has listed five Iranian scientists on the sanctions list "in response to an unacceptable nuclear escalation by the Iranian regime." The names of these people are unknown, but they allegedly developed nuclear weapon even before 2004 and now they are working for the state.


This statement was made by the US Secretary of State at a briefing held in Washington yesterday.

Including five scientists, under the sanctions of the US Department of Commerce for participation in nuclear research will fall six people and 18 corporations. They are accused not only of this, but also of helping the military-industrial complex of Pakistan and Russia. Companies subject to US sanctions are located in Pakistan, Iran, China and the UAE.

The US is imposing sanctions against Iran, contrary to China’s calls not to do so because of an outbreak of coronavirus.

Pompeo also announced the imposition of sanctions against nine companies from South Africa, Hong Kong and China, as well as against three private individuals from Iran, motivating this decision by participating in major transactions for the supply of products to Iranian petrochemical enterprises.

These steps show that the United States continues its “maximum pressure policy” that impedes the export of Iranian oil and other foreign economic activity of the Islamic Republic.

Pompeo also demanded that Tehran release the retained American citizens. The US Secretary of State said that Iran is considering such a possibility.
Ctrl Enter

We are in Yandex Zen
Reports from the militia of New Russia for 7 September 2014 of the year
US expert community is trying to identify ways out of the Afghan impasse
86 comments
Information
Dear reader, to leave comments on the publication, you must to register.