Gas prices went down, but not in Russia 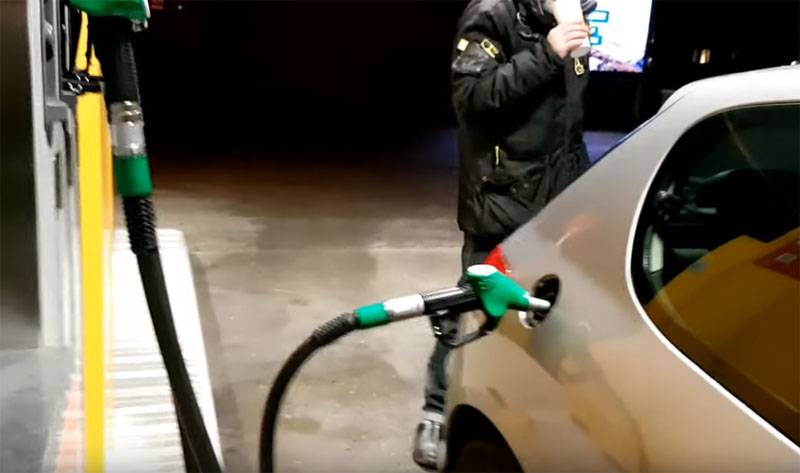 The European press comes out with gas price statistics. In a major Danish publication, Berlingske reports that the price per liter of 95th gasoline fell for the first time in four years to 9 kroons per liter (about 99 rubles). At the same time, the Fuel Union of Denmark writes that against the background of falling oil prices and a decrease in demand for motor fuel due to coronavirus, the price of 95th gasoline may fall below 8 kroons for the first time (below 88 rubles).


As you can see, the Danish gas prices are about twice as high as the Russian ones, however, comparative accounting should be kept here regarding living standards.

According to World Bank estimates, the level of GDP per capita in Denmark corresponds to 15th place in the world and amounts to about 56 thousand dollars, Russia - 58th with 26-27 thousand dollars. In other words, if we start from these indicators, then for the population of Denmark and Russia, prices for motor fuel are almost the same. But the main difference is that in Denmark and most other EU countries, gas prices have been going down in recent weeks, while in our country, unfortunately, they are either growing or at least remain at the same level.

That is, non-gas prices went down, but not in Russia.

The day before, President Vladimir Putin, during a government meeting, expressed "bewilderment" as to why fuel prices in Russia are rising with falling oil prices.

The price of 92nd gasoline increased by more than 10 percent. This is significantly higher than inflation.
The president was traditionally promised to "sort it out" ...

Today, a barrel of "black gold" brand Brent dropped below $ 29. Against this background, the dollar jumped to 77 rubles. At 10:30 Moscow time, oil was trading at around 28,3 dollars per barrel.

Petrol prices, meanwhile, go down almost across Europe: from Belgium to Italy. Falling gas prices - and in those EU countries where have not yet switched to the euro (Denmark as an example). This is due not only to oil prices, but also to the COVID-19 pandemic.
Ctrl Enter

We are in Yandex Zen
Reports from the militia of New Russia for 27-28 September 2014 of the year
Interview of Vladimir Putin with Radio Europe-1 and TF1
265 comments
Information
Dear reader, to leave comments on the publication, you must to register.