Worldwide devaluation, but not for the dollar and the euro ... 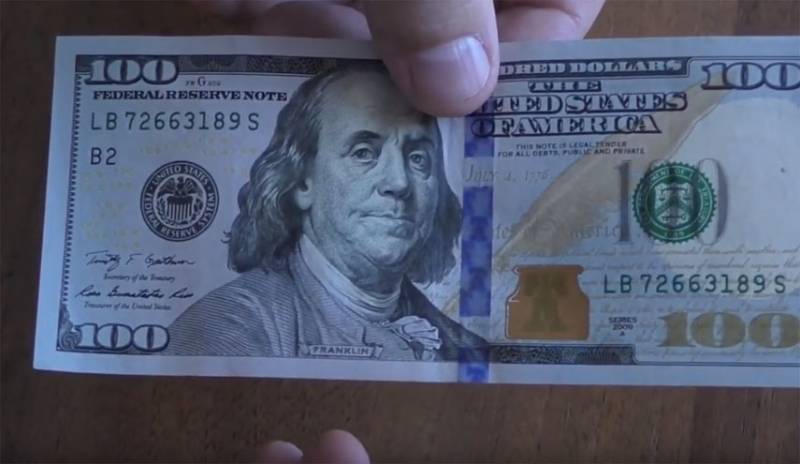 Perhaps the most important place in the news feeds of domestic media in recent years has been the topic of the depreciation of the Russian ruble. Someone covers this topic calmly and deliberately, someone is trying to raise the passions to the level of universal catastrophe ... At the same time, one should not forget that today, in fact, the whole world is in the crisis zone of "turbulence". Following the decline in industrial production, the level of transportation and the collapse of oil prices, the financial sector inevitably awaits a blow. Who will get the most?


Contrary to obvious expectations, the monetary unit of the country with which everything, in fact, began, that is, China, does not show any signs of weakening. Yes, and why? Just there the epidemic is in sharp decline, according to reports, more than 90% of enterprises in the Middle Kingdom have restored work at the moment. For example, the China State Railway Corporation, China State Railway, announced the resumption of 108 projects, that is, 93% of the total number of facilities under construction. So the yuan is unlikely to be devalued. Well, perhaps in order to make a new dirty trick of the USA ...

Euro? It is still difficult to predict here, however, if the development of the pandemic in the Old World continues at the same frightening pace, if the tragic events in Italy and Spain become not only an exception for Europe, but a general situation, then the currency there will not be too good. In any case, the economic losses of the EU will be terrifying and simply cannot but affect the value of its monetary unit. However, it is too early to speak about any final forecasts. According to economic laws, the European currency was supposed to collapse due to the COVID-19 pandemic in the EU, but ... this does not happen, which means that economic laws do not work again. And are there objective economic laws in the modern world in general? ..

The US dollar, which is the world's main reserve currency, still feels quite cheerful. But it’s entirely possible that the keywords are “for now.” The last stage of the fall of the US stock market by 12% is second only to the collapse of the American exchanges in 1987 by 20,5% and the famous "Black Tuesday" of 1929, from which the Great Depression began. The desperate efforts of the Federal Reserve System, which has lowered interest rates to zero and is ready to drive them into minus, naturally add no weight and stability to the “green friend”. Further, again, will largely depend on the dynamics of the pandemic, especially in the United States. Moreover, there, despite a significant increase in the number of cases, despite the collapse of the "shale" sector, the dollar is only growing.

Back to the native birches. At the time of writing this review, the ruble continued to decline against the dollar and began to grow against the euro. Oil continues to fall in price. Creepy forecasts from Bloomberg and other Western analysts about a barrel of $ 10 and an additional collapse of the domestic currency by another 30% to the "green", I really want to believe that they will remain "horror" unrealized by reality. In the end, sooner or later, “black gold” will rise in price anyway.

The Ukrainian hryvnia, as they say, has gone all out, and, mind you, without any reference to the oil basket. I don’t understand what the monetary unit “nezalezhnoy” was tied to, but if last week in Kiev you could easily buy a dollar in any exchanger for 24 hryvnias, now the price has stepped over 28, the other day they are expecting 30. This collapse has come close to depreciation of all 25%. Not surprisingly, the process began, the government had to admit that the pandemic did not want to bypass Ukraine, and to take up quite awkward anticoronavirus activities. According to the deputy head of the Ukrainian National Bank Oleg Churia, over the past week alone, the citizens there bought 300 million dollars. Total demand in the foreign exchange market exceeded 2 billion. At the same time, a catastrophic shortage of cash currency is felt in the country. They promise to deliver by air ...

Finally, I will give the main list of currencies (from Bloomberg), the most depreciating since January 20 of this year. Real worldwide devaluation.

The Ukrainian hryvnia, the Colombian and Mexican pesos, have lost 18 percent or more. Russian ruble - with a drop of 17%. This is followed by the Brazilian real (-16,62%) and the South African rand (-13%). The Chilean peso, the Turkish lira, the South Korean won, the Indian rupee, the Polish zloty, and the monetary units of some other countries, with a total of under two dozen, mainly from Southeast Asia, went down. Collapses in Africa and the Middle East. The domino effect makes itself felt.

We are in Yandex Zen
Situational analysis of the death of the MH17 flight (Malaysian Boeing 777), made on the basis of engineering analysis from 15.08.2014
Strangulation: the context, conduct and consequences of the American naval blockade of China
79 comments
Information
Dear reader, to leave comments on the publication, you must to register.