Are the Su-35S combatant ready for the confrontation with the F-22A? All hope for Vympel ICD 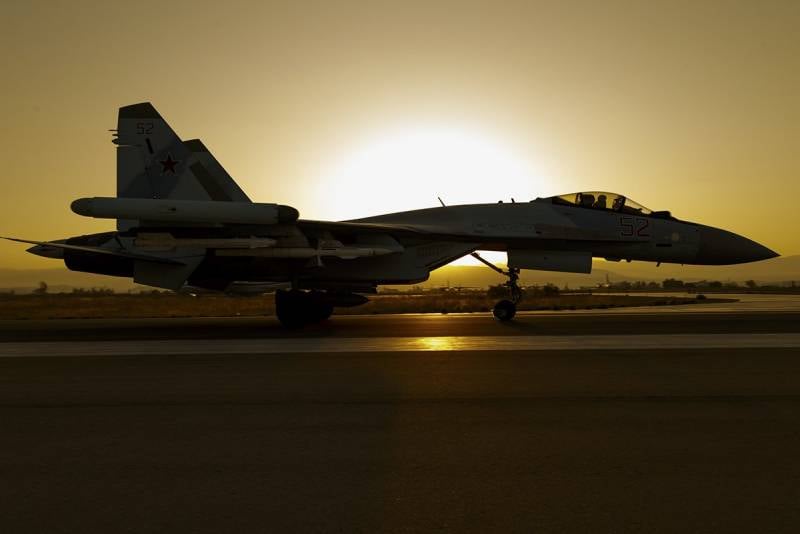 Undoubtedly, the highly maneuverable aerobatics of the 5th generation American multi-functional fighter F-22A, captured in Slow-Motion mode and published by amateur video reporter Tyler Rogway in the material of The Drive portal, did not leave indifferent audiences from numerous observers, military experts and specialists in the field of becoming a modern tactical aviation 4th and transitional generations. This is not surprising: after all, a detailed visual assessment of the aerobatic elements, performed both thanks to the advanced wing mechanics, and through the use of the thrust vector deflection system in the pitch plane, makes it possible to more accurately compare the flight technical parameters of the F-22A Raptor with similar indicators of such machines, like Typhoon, Rafale, and J-10A / B, which do not have OBT systems.


Ultimately, it is easy to conclude that a higher angular pivot speed and a much smaller bend radius, achieved by deflecting the nozzles in the pitch plane in the range of ± 20 degrees, provide the Raptor with an undeniable advantage in the “dog dump” with the above types of multifunctional fighters, not allowing them to “pull out” according to these parameters only to promising domestic multi-functional fighters Su-30SM, Su-35S and Su-57, equipped with an all-round OBE system and more advanced glider and integral arrangement figured with the developed at the wing root. And everything would be fine if Mr. Rogway, who at first glance objectively assessed the fact of the Su-35S domination over the Raptors in close air combat, would not have started to perform a song traditional for Western European and American media, according to which “F- The 22A Raptor will generally surpass the Su-35S in aerial combat. ”

At the same time, Rogway did not consider it necessary to give at least one weighty argument in favor of such an unambiguous conclusion, which is why we decided to dwell in more detail on comparing the potentials of the Su-35S and F-22A in mid-range air combat and long-range air combat. And here is a very interesting picture.

On the capabilities of the SUV fighter Su-35S, which did not take into account Mr. Rogway

Even despite the higher level of noise immunity of the AN / APG-77 airborne AFAR-radars as compared to H035 Irbis-E PFAR radars (due to the possibility of the formation of the first flexibly simulated radiation pattern with spatial “dips” in the direction of the enemy’s electronic warfare, which is achieved due to equipping each AFAR transceiver module with an individual microwave transistor and attenuator), inconspicuous fifth-generation fighters F-5A will not be able to seize the initiative in air battles at medium distances (22-35 km).

In this case, the presence of RVV-SD / R-35-77 ("Product 1-170") in their ammunition will be played by the presence of multifunctional Su-1S pilots. In contrast to the Reyteon air-to-air missiles AIM-120C-7 / D, which are part of the F-22A ammunition, the domestic air-to-air missiles RVV-SD have noticeably higher flight performance due to the use of lattice aerodynamic rudders. In particular, due to the lower moment (of the order of 1,5 kGm), the shortened lattice aerodynamic rudders can (without difficulty for steering servos) operate at angles of attack of 40 degrees, which provides the RVV-SD URVB angular rotation speed of 150 ° / s, as well as the available overload in 35-40G. Such maneuvering qualities can be realized by the R-77-1 missile throughout the entire solid propellant charge burnout period, as well as immediately after burning out (until the speed decreases to 2200-2000 km / h caused by aerodynamic drag). Guided air combat missiles of the AMRAAM family are equipped with classic aerodynamic rudders, providing maneuvers with overloads of no more than 27-30 units. and the angular rate of rotation of the order of 120 deg / s.

An equally important detail is the presence in the architecture of the weapon control system of the Su-35S passive optical-electronic sighting and navigation complex (OEPrNK) OLS-35, operating in the medium-wave IR (3-5 microns) and television wavelengths. Thanks to these complexes, the Su-35S crews receive a significant tactical advantage in dueling air strikes at medium distances, which consists in the covert launch of the URVB RVV-SD without the use of Irbis-E radars. In this situation, the warning about the RTR AN / ALR-94 installed at the Raptor stations will not be able to notify the pilots of the approach of the RVV-SD until the 9B-1103M-200PS active-passive homing head switches to active radar mode, which usually occurs on 12-15 km from the intercepted object. As a result, the Raptor crews will have a minimal “time window” for missile defense maneuvers.

As for long-range or ultra-long-range air battles at distances of 120-170 km, here, of course, all the trump cards will be in the hands of pilots of stealth F-22A fighters. With an effective reflective surface of 0,07-0,1 square meters. m, “Raptor” will be detected by the on-board radar “Irbis-E” at a distance of 120-160 km, while the more noise-protected radars AN / APG-77 (even in difficult jamming conditions caused by the operation of the container complexes of the electronic warfare Khibiny) locate the Su-35S (EPR about 2,5-3,5 sq. m) at a distance of 200-250 km. Consequently, the launch of long-range AIM-120D aerial combat missiles can be carried out from a distance of 170-180 km, while Su-35S pilots will have to approach the Raptors right up to the lines of launch of the RVV-SD missiles (at high altitudes - 110 km, on medium - 70-80 km), while performing anti-ballistic maneuvers, or intercepting attacking AMRAAMs with their own RVV-SD.

Only a speedy bringing to the level of operational operational readiness and further integration into the weapon control systems of the Su-35S combatant long-range air-launched missiles "Product-180", originally developed by the Vympel ICB specialists for the 5th generation multifunctional heavy fighters, can change this alignment. Su-57. These missiles are equipped with more powerful and “long-playing” (with a traction impulse of more than 250 s) dual-mode solid propellant rocket propellers, thanks to which they maintain decent energy and maneuverability even on the terminal section of the trajectory (at distances of 130-140 km), setting parity with the US standard AIM air combat missiles -120D.

We are in Yandex Zen
Situational analysis of the death of the MH17 flight (Malaysian Boeing 777), made on the basis of engineering analysis from 15.08.2014
Results of the week. “In our cooperative, the board is always agreed”
103 comments
Information
Dear reader, to leave comments on the publication, you must to register.