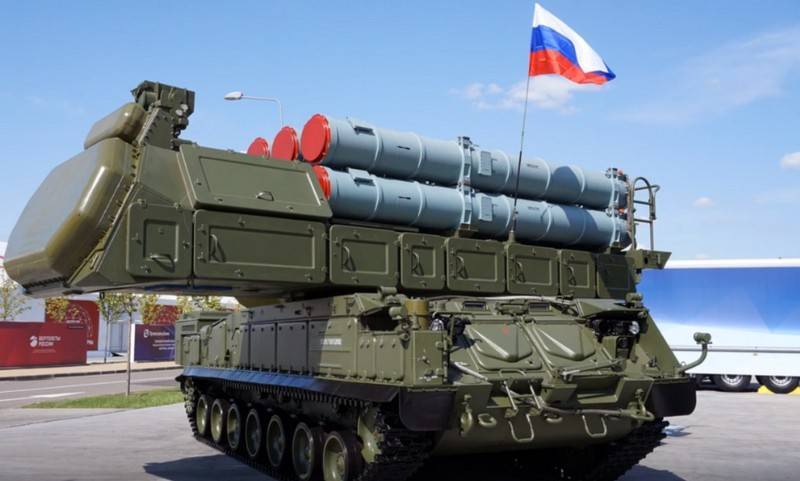 Despite the situation with the coronavirus, the Russian Ministry of Defense does not intend to cancel the May 9 Victory Day parade on Red Square in Moscow. The Russian military department continues to announce the display of new and already armed with military equipment at the parade.


As the press service of the Ministry of Defense reported on Monday, at the planned Victory Parade this year, the Buk-M3 medium-range military air defense anti-aircraft missile system (SAM) will be shown for the first time. In addition to him, another technician of the military air defense of the Ground Forces will also take part in the parade.

The entire line of modern anti-aircraft missile systems and military air defense systems of the Ground Forces will be presented in Moscow at a military parade
- said in a statement.

The press service explained that four self-propelled anti-aircraft missiles Buk-M3, four combat vehicles of the Tor-M2 air defense system, three combat vehicles of the latest anti-aircraft artillery complex Derivation, as well as four launchers and two launchers, will be held in a mechanized column - Charging systems ZRS S-300V4. All these complexes were not previously presented in parades.

Earlier, the Ministry of Defense reported that 225 units of military equipment will be part of a mechanized convoy throughout Red Square, of which 20 weapons will be presented for the first time. Currently, all the equipment that will take part in the parade has already arrived in Alabino, where it has begun training.

SAM "Buk-M3" - a complex of military air defense of the fourth generation of medium range. Designed to combat maneuvering aerodynamic targets, firing radio-contrast ground targets and defeat surface targets in conditions of intense both fire and electronic countermeasures. On each self-propelled firing installation, instead of four, as on the Buk-M2 version, 6 anti-aircraft missiles are placed in special launch containers. The new high-speed rocket 9M317M received a homing head. It is capable of intercepting high-speed aerial targets in pursuit of at a distance of 30 km or shooting “over the horizon”. This allows you to aim it at the target with the help of early warning radars (AWACS), fighters or any other airborne reconnaissance aircraft up to unmanned aerial vehicles. The complex is capable of simultaneously firing at 36 targets flying at speeds up to 3 km per second at ranges from 2,5 to 70 km. The probability of defeat is not less than 0,95 – 0,97.