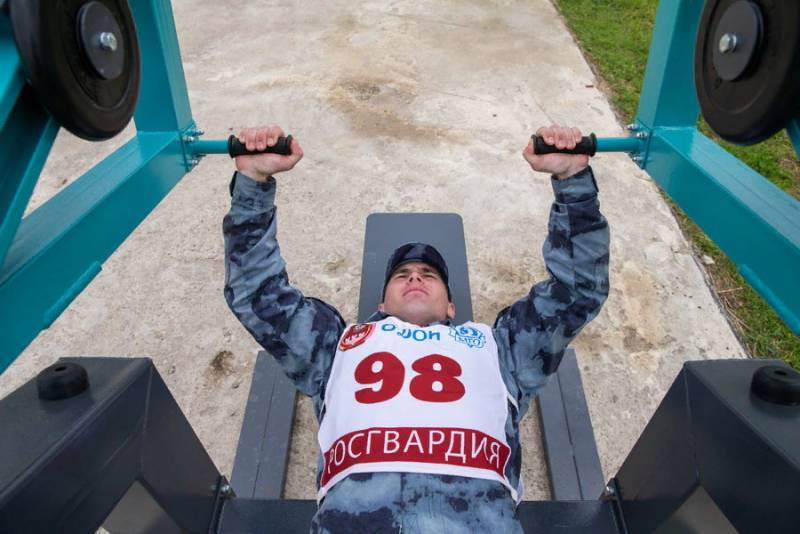 
What has changed in our life with the advent of a new intelligence service? How does the Rosguard affect the situation in the country? Was it worth destroying the system that existed since the USSR? Or is it not destruction, but reformatting?

The answers to these questions today can already be substantiated not only by theoretical calculations, but also by practical facts. Moreover, over the past years, already visible changes have appeared in the life of society. The changes that occurred due to the activities of the Rosguard.

I remember how many disputes there were after Putin’s decree. How many labels were hung on the new structure. How much dirt was poured personally on the head of Rosguard Viktor Zolotov. “Putin creates a personal power structure,” “Putin’s personal guards become the head of a powerful security agency,” “A new gendarmerie has appeared in Russia,” and so on.

But by that time, it was already clear to professionals that the creation of a new department was not a spontaneous decision of Putin personally, but a simple logic of the development of the Russian power structures. The reform has been preparing for a long time, and even the fact that the main participants in the reform, Kolokoltsev and Zolotov, learned about the decree just a day before its promulgation (according to some sources close to these leaders), there was no opposition on their part. The head of the Ministry of Internal Affairs and the commander in chief of the internal troops are professionals.

Perhaps there was no power structure in Russia that would be stable after 1991. The horror of the West in front of the "omnipotent" KGB and other "Soviet" security forces forced Western politicians to put pressure on the new Russian government in order to destroy these structures. I would call the 90s the time of multidirectional reform of the security forces in Russia. Many people remember how many professionals then left the bodies "of their own free will."

Remember how from the former KGB in the period 1991-1994, the SVR (Foreign Intelligence Service), FSO (Federal Security Service), FAPSI, FPS "left"? Many have already forgotten that recently we did not even have the security service at the federal level! Let me remind you that from 1993 to 1995 there was the Federal Counterintelligence Service in Russia, but there was no FSB!

The army structure of the Ministry of Internal Affairs and the presence of strong OMON and SOBR detachments allowed the ministry to actively participate in hostilities in the Caucasus during the first and second Chechen wars. Some of the employees helped the local police to organize the service, but most participated in the wars precisely as army units.

After the election of Vladimir Putin as the president of Russia, the siloviki sighed more freely. We often talk and write that our president comes from the KGB. Moreover, in most cases, this circumstance is mentioned in a negative way. Thanks to pro-Western liberals, the mention of the Committee has become a kind of stigma.

Remember the rather painful reforms that have gone unnoticed by the average person, but have caused a lot of protests from experts? What is the reform of the prosecutor’s office when this department lost the right to initiate proceedings! The Investigative Committee began to do this. How long the conflict lasted between Prosecutor General Yuri Chaika and the head of the Sledkom Alexander Bastrykin over the distribution of powers ...

And the creation of a military police? How many disputes were between the leadership of the Moscow Region and the FSB! The then Minister of Defense really wanted to create his own power structure, which would independently deal with crimes in the army, and the security agencies did not want to lose counterintelligence in the army. Yes, and Sledkom did not want to give up work in the troops.

Time has shown that the right decisions were made. Today, tensions between departments have been eliminated, and the system has begun to work effectively. One of these decisions was the creation of the Russian Guard.

We are used to the fact that the authorities react most often to the consequences. At least that's what happens most often. While there are no acts of terrorism, the society is silent. But as soon as a tragedy happens, society boils. “Where did the security forces look?”, “Why didn’t they provide for?” Etc.

What has changed with the creation of the Russian Guard

So, the main question that we are trying to find the answer to today. Was the game worth the candle? Is the decision to create a new power structure justified. And I will start with one quote quoted by the former Minister of the Interior Anatoly Kulikov immediately after the signing of the decree by the president:

“I would rather talk about trying to answer the new challenges and threats that have emerged in recent years: terrorist attacks in Europe, militants of the Islamic State (a terrorist organization banned in the Russian Federation), and radical terrorism. In 2006, Russia adopted a law on countering terrorism, which for the first time provided for the participation of all law enforcement agencies in this fight. But every year the situation is worsening before our eyes: there are problems with refugees and transnational crime.

Choosing between human rights in a democratic society and security in the face of an increased terrorist threat, most citizens will choose security. Someone, of course, will see what is happening that the government is trying to strengthen its position. But it is rather obliged to do and any authority does. ” 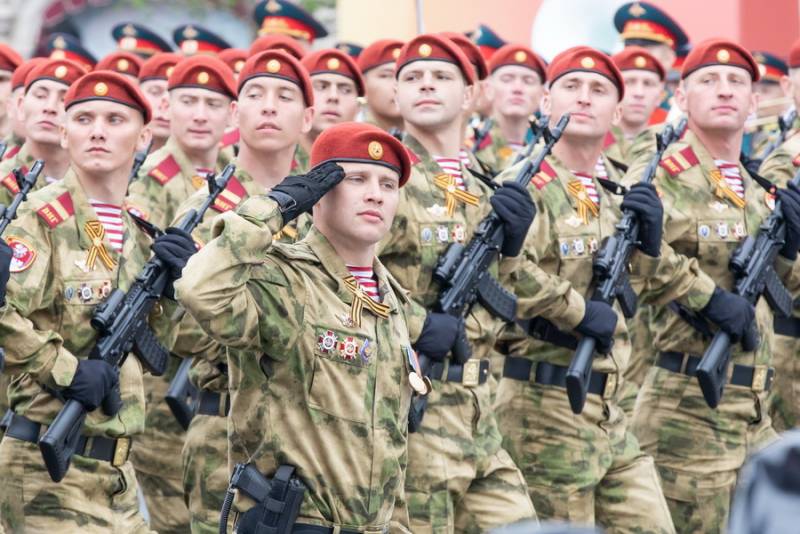 So, the main thing is what has already happened and, I hope, will continue to happen. The Russian Guard, together with the FSB and other security forces, provides us with a quiet life. How many terrorist attacks were averted! How many criminals are detained! And this is in a situation when the activity of terrorist organizations has increased dramatically. Terrorists are also learning. Challenges are changing. Only the result does not change.

During the existence of the Russian Guard, employees neutralized more than 200 criminals. And these were by no means pickpockets or thieves. These were terrorists and militants. In addition, more than 300 caches with weapons, Particularly active work is being carried out in the Crimea and areas bordering Ukraine.

I don’t know if you noticed how the actions of our opposition changed after the creation of the Russian Guard. Remember the provocations that were recently. When rallies and processions were accompanied by numerous violations of the law. Moreover, this was done purposefully. The protesters provoked the siloviki into tough actions, and then the media made a fuss about the inadequate response of the authorities to peaceful protests ...

What now? The Russian Guard is responding to violations of the law no less harshly than before, but it performs all actions in accordance with applicable law, and with video recording. In these conditions, provocateurs can no longer tell tales of violations. Numerous attempts to do this in court failed.

Today, the majority of the opposition’s actions are carried out clearly according to the law, and, the funny thing is, under the protection of the Russian Guard. Both parties strictly adhere to the framework of the law. Someone does not like it, someone, on the contrary, is delighted with such actions. But, most importantly, the law. Rosguards are not the Duma and not the president. Their business is not to pass or interpret laws. Their business is to comply with the laws.

Next: weapons. I’m not talking about those caches and illegal weapons that security officials periodically find. I'm talking about legal firearms. About hunting, prize and other weapons, which the population has in its hands is enough. About how the attitude to these weapons has changed.

The issues of storage of weapons, their transportation and use are clearly regulated. Therefore, any hunter always knows that employees can check him at any time. Check the safe or storage box, the condition of the weapon, the order of storage of ammunition. Therefore, violations in this regard are quite few.

However, everything changes, or rather, changed, when going hunting. Those involved in hunting are well aware that, despite the safety measures that hunters must observe, any opening of the season is accompanied by tragedies. Someone killed or injured someone through careless handling of weapons. And the reason is simple. Alcohol consumption. So it was before.

In recent years, the situation has changed radically. Now it’s not the huntsman Uncle Vasya who checks hunters, but a whole group of employees from different departments. Used drones, helicopters, cars, ATVs. And everything is checked at once. From the availability of documents to the use of alcohol and game, which was obtained by the hunter.

And God forbid, if the hunter has a smell of alcohol or he will be intoxicated. Problems will be in all directions. From driving licenses to weapons permits and licensing. I don’t know how in other regions, but in my own home the number of tragedies has decreased. For a couple of years no one has hurt anyone and, thank God, has not killed.

And I just want to finish the material. The Rosguard today fits into the system of the country's law enforcement agencies, although the majority of the population still do not understand the differences between the Rosguard and the police.

I do not have exact numbers for the past year. Therefore, I will name the results of the activities of the Russian Guard for three years. These figures are publicly available. For high results in work in 2018, the Kalachevsky separate operational brigade of the National Guard (Southern District) was awarded the Zhukov Order. For courage and bravery shown in the performance of military duty, 569 employees of the Russian Guard were awarded state awards, 9 of them posthumously. Departmental awards were awarded to more than 34 thousand employees. Impressive.

We are in Yandex Zen
Situational analysis of the death of the MH17 flight (Malaysian Boeing 777), made on the basis of engineering analysis from 15.08.2014
Results of the week. “In our cooperative, the board is always agreed”
156 comments
Information
Dear reader, to leave comments on the publication, you must to register.