Eurostat: by 2100 Lithuanian people will disappear 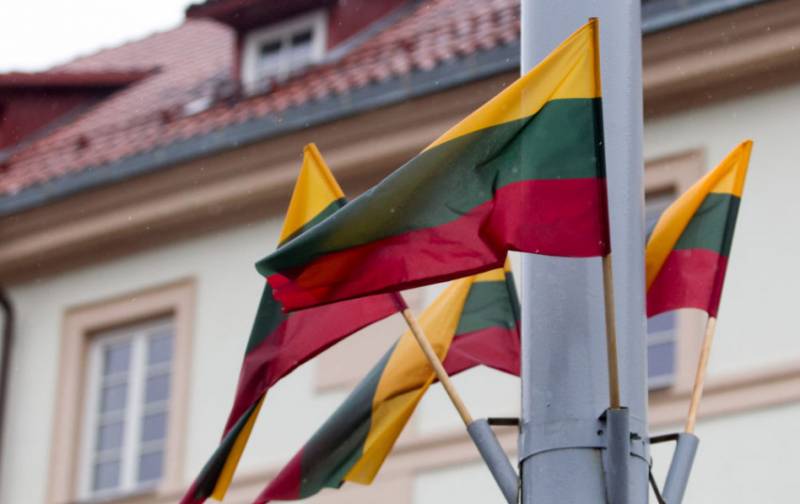 Celebrations on the occasion of the 30th anniversary of Lithuania's independence were held in Vilnius last week. Passed modestly, at home. Because of the coronavirus, official delegations were not even sent by the Baltic neighbors. The absence of guests compensated for the abundance of US and EU flags that best described Lithuanian independence.

Why Lithuanians are looking for work in Old Europe

The holiday was spoiled by the Eurostat forecast that appeared on the eve: by 2100 Lithuanians as a people will disappear. This conclusion, first of all, was based on data from the outflow of the population. Over the years of independence, it has become a landslide. Lithuania has lost almost a million inhabitants. If in 1990 - “as part of the hated USSR” - the population of the republic was 3 people, then as of January 701, 968 - 1.

It is noteworthy that about 3,54 million people met the new century in Lithuania. So the main depopulation began after the entry of the Baltic Republic into the European Union. People moved to work in prosperous European countries.

It is believed that the Lithuanians went there "for a long ruble." But this is only part of the truth. Old Europe rigidly cut off Lithuanian competitors. Under various pretexts, Lithuanian industrial enterprises that did not fit into the EU economy were stopped or sharply dropped their production volumes.

This applies to the Ignalina NPP, the Baltiya shipyard, the Zalgiris machine tool factory, the Elfa electrical plant, the Yonavsky mineral fertilizer plant, the Azot nitrogen fertilizer plant and other industrial giants of the republic.

Similar история occurred in agriculture. The EU quotas, in fact, closed the European market to Lithuanian agrarians. The most striking example is the production of potatoes. As in neighboring Belarus, it was very developed in Lithuania. Now only a third of the previous volumes remained - for domestic consumption.

So the Lithuanians were driven to Europe (the annual outflow is estimated by experts at 50-60 thousand people) not only the desire to earn more, but also the reduction of the labor market in their republic. Local politicians decided to capitalize on this issue.

Recently, Lithuanian President Gitanas Nauseda at a meeting in Brussels, where they discussed the EU budget for 2021–2027, called his country a “donor” of the European Union. Only Lithuania does not provide Europe with money, but with labor.

“In recent years, Lithuania has lost ten percent of its workforce,” the Lithuanian leader was modest with the final figure, “the people who moved to the UK, to Germany and contributed to economic growth in these countries. We believe we deserve compensation for this. ”

Brussels will deprive Vilnius of a third of subsidies

Old Europe is unlikely to hear this call of Nauseda. After Britain left the EU, she was concerned about the decline in Union budget revenues. Apparently, subsidies to the Baltic republic will now be reduced by about a third. The budget of Lithuania is also shrinking in the same proportion.

Meanwhile, the republic is already experiencing a difficult social situation. Professor Danute Gailene in the network publication Ekspertai cites the following statistics: “In 1999, about 600 thousand people were miserable in Lithuania, about 17% of all residents. In 2019, there were 650 thousand people below the poverty line, which is 22,9%. ”

The European Commission calls the situation in Lithuania “crisis”. Ekspertai agrees with Brussels, but gives its assessment in the title of the publication “Poverty and Social Injustice in Lithuania - a Heritage of the Soviet Occupation”.

What can I say? We can’t throw our scarf on the Lithuanian mouth. Although it is worth recalling, the Soviet Union invested, according to expert estimates, in the economy of the Republic of Lithuania more than 70 billion of those still old dollars - in 1990 prices.

Industry appeared in agrarian Lithuania. In addition to the already mentioned enterprises, one can recall the only in the Baltic Mazeikiai oil refinery and Klaipeda port with a ferry. Today they work for the economy of the republic.

“Legacy of the Soviet occupation” Lithuanian politicians explain all the social vices of their citizens, for example, alcoholism. According to European statistics, Lithuania has been holding the first place in the European Union for alcohol consumption per capita for many years (up to 15 liters of pure alcohol per inhabitant over 19 years old).

In addition to Lithuania, the top five European drinkers include Estonia, France, the Czech Republic and Ireland. The drunkenness of the latter certainly cannot be explained by the legacy of the "Soviet occupation." Meanwhile, they pour in themselves 12-15 liters of alcohol per year.

There are other sad records in Lithuanian statistics. They are the first in Europe in the number of suicides (32,7 suicides per 100 thousand people), in road accidents and in road traffic deaths (61 deaths per million inhabitants).

Based on all these data, Eurostat predicts the further development of the demographic situation in Lithuania. According to his estimates, by 2050, less than two million inhabitants will remain here. Such is the payment of the Baltic Republic for independence under European and American flags.

We are in Yandex Zen
Coronavirus COVID-19: threats, consequences, actions
Situational analysis of the death of the MH17 flight (Malaysian Boeing 777), made on the basis of engineering analysis from 15.08.2014
68 comments
Information
Dear reader, to leave comments on the publication, you must to register.