The trial of the destroyers of the USSR: to be or not to be 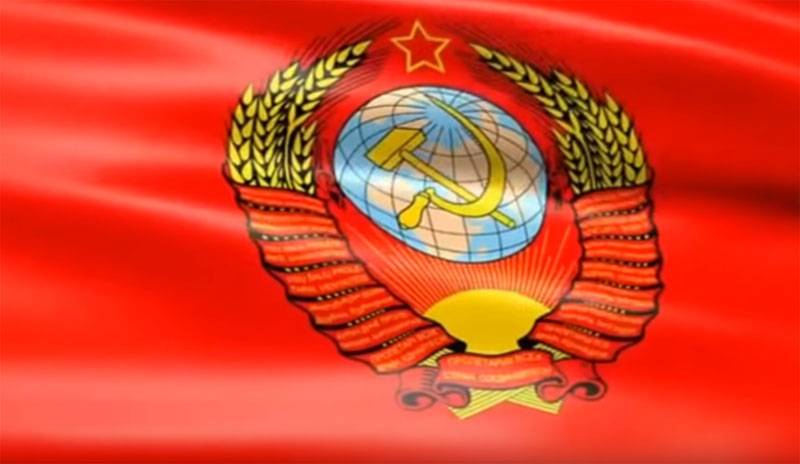 The topic of condemnation of all those who are guilty of destroying the most powerful and wonderful country, which remains for many of us the lost Motherland - the Soviet Union, is constantly being raised. A moral assessment of this event in Russia has already been given, right down to the highest level - the president of the country, who called him “the greatest tragedy of the twentieth century,” but what about the legal one? Does our society need a trial of those responsible for the collapse of the USSR, and how much is it possible? To be or not to be such a court ...


Any person with at least a minimum of knowledge in jurisprudence knows: there can be no court or sentence if the act considered as the subject of the proceedings is not reflected in the relevant regulatory framework. Simply put, it does not have a clear name and definition in the Criminal Code of the state that wants to punish someone for their deeds. In this case, there are more than enough grounds for initiating an appropriate criminal case, conducting an investigation and, accordingly, a court.

We will proceed, naturally, from the Criminal Code of the RSFSR (since we are talking about that period stories Russia, when the crime, in fact, was committed). It is clear that articles with a title like “Destruction of the Union of Soviet Socialist Republics” will not be found there. Nevertheless, in the code of laws without any difficulty other articles are found that are more than relevant to the subject of our conversation. The first among them, of course, Art. 64 - “Treason to the Motherland”. In its framework, all the activities of the elite of the Soviet state from the mid-end of the 80s until its destruction, fit perfectly.

Articles 70 and 72, which proclaim the crime of violently calling for a constitutional order and organized activities to commit state crimes of particular danger, also apply to all those who, through their actions and inaction, contributed to the destruction of the homeland. Yes, and article 69, talking about wrecking, is also suitable. What else can be called the destruction of one of the most powerful economies in the world, the strongest army on the planet, the destruction of the results of labor and the feat of entire generations of Soviet people?

Now these articles are not in the Criminal Code? Well, I tell you, High Treason has not gone anywhere. And, in addition, the actions of the criminal “gangway”, which divided the Soviet Union in Belovezhskaya Pushcha, fit perfectly into the modern article “Forced seizure of power”.

Who would have to stand trial? The reference to the fact that "there are no others, but those farther" here, in my opinion, is untenable. If the trial we were discussing took place in reality, its main goal would not be to punish the surviving culprits (although it would not hurt to deprive some of them of completely undeserved life or posthumous statuses and honors), but finally, a clear legal assessment of everything that was going on in the USSR from 1986 to 1991. In this case, it would be not only about the trial of Gorbachev, Yeltsin, Kravchuk, Shushkevich, Yakovlev, but about the condemnation of the then ruling elite of the CPSU, which has turned from a "leading and directing" into an almost universal gathering of traitors to the motherland.

No less severe assessment should have been given to the leadership of the country's special services, first of all, the State Security Committee, with all its unprecedented power, capabilities and powers, it did nothing to prevent the death of the state, which it was obliged to protect. The question of the position of the generals, senior leaders of the army, and law enforcement bodies of the Soviet Union, who silently looked at the catastrophe that was being prepared and is in progress and did not attempt to prevent it, except for the ridiculous GKChP, more like a bad performance than a coup, is also relevant.

By and large, the deputies of the Congresses of Soviets, who supported clearly unconstitutional, anti-state decisions and most of those who, carrying a party ticket in their jacket pockets and taking the oath to the Soviet Motherland, would have done nothing to save it. However, in this case, the circle of the accused will be too wide and extensive for the trial to take place ...

Is such a process necessary - at least on the next anniversary of the collapse of the USSR? I am sure that yes. If Russia intends to be considered the successor of the Soviet Union, all the more so, having consolidated this provision at the constitutional level, it should first of all deal with those who destroyed the country, whose affairs it intends to continue to one degree or another. At least - in order not to repeat her fate.

We are in Yandex Zen
Commentary on A. Petrov's interview “Fire and Tactics in the Russian Army: Another Look”
Military reform as an integral part of the security concept of the Russian Federation: Systematic dynamic assessment
185 comments
Information
Dear reader, to leave comments on the publication, you must to register.