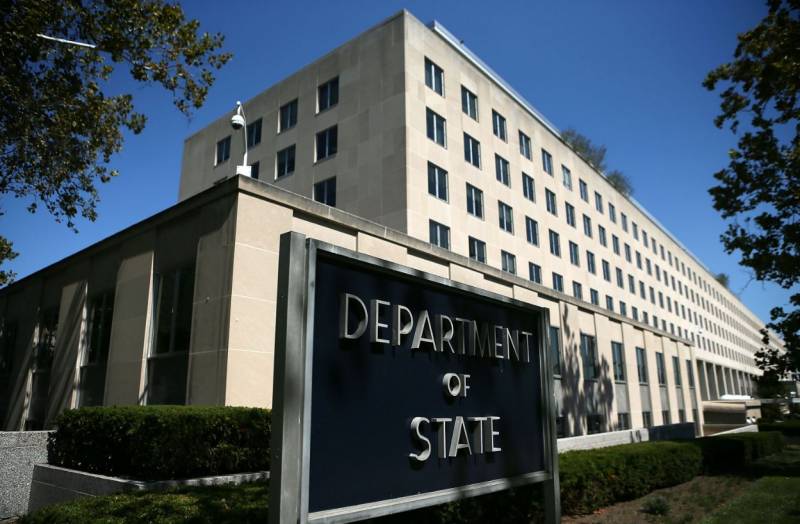 “Nine years ago, people started peaceful protests, urging the regime to recognize their fundamental rights and virtues ...” Not a bad start for the next blockbuster on the struggle for freedom, which ends, naturally, with the overthrow of the oppressed by a cruel dictator?


The pathetic passage, however, is not an excerpt from the script of the box office movie. With these words, US Secretary of State Michael Pompeo found it appropriate to precede a joint statement by the United States, Britain and France on the occasion of the ninth anniversary of the outbreak of armed conflict in Syria. However, in the West on March 15 the “rebellion” was “noted”, which, you see, gives to the whole stories completely different sound.

“The military solution that the Syrian regime hopes to achieve will not bring peace. We emphasize our strong support for the Geneva process under the auspices of the UN, as well as UN Security Council resolution 2254, ”
- noted in a distributed statement.

In other words, the Western countries entirely assign responsibility for the armed conflict to the SAR authorities, trying to clothe their accusations of the need to follow the provisions of international law.

But there is another fragment that allows us to raise the question of following the United States and its allies to the principles that they urge other countries to strictly implement: "We are resolutely fighting terrorism and are at the forefront of this struggle." Apparently, this includes the massive bombing of Raqqa, the training at the base of Et-Tanfa of the militants of the Magavir al-Saura group (formally an ally against ISIS, banned in the Russian Federation, in fact, another illegal armed group), as well as a military presence USA in the north-east of the country, rich in oil fields. The latter, as it turned out, is not able to stop even the American president.

It is important not to confuse the “fight against terrorism” and the “irresponsible military offensive”. That is how the actions of the Syrian army are described in the West, which "only cause suffering." The militants of the extensive network of terrorist groups in Idlib, it seems, really have a hard time. But what to do, in the end, no one was forced to unleash a fierce war with terrorist attacks and numerous casualties among civilians. The question is whether, from a moral point of view, the right side in this conflict was chosen by Western countries.

“We will consider any support in the field of reconstruction only when an irreversible, credible, serious and genuine political process is launched.”
The process, which, if read between the lines, should result in the overthrow of the Syrian government and its replacement with another, more suitable for the West.

Hence the main conclusion: priority for the United States and its allies, no matter what they say about the need to provide humanitarian assistance, end the suffering of civilians, etc., are exclusively political, not humanitarian goals. The old rule of world politics, which should be taken into account in the future, has not lost its relevance.

We are in Yandex Zen
From the Geneva communique to the 2254 Resolution
About Stalin and Khrushchev
19 comments
Information
Dear reader, to leave comments on the publication, you must to register.