Why Israeli military censorship is needed 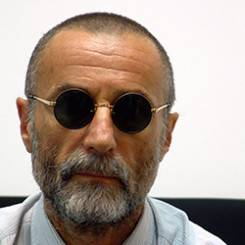 Israeli military censorship was created on the basis of British laws on the state of emergency of 1942. They were adopted when Italian aviation bombed Tel Aviv, and Rommel’s armies were torn to Egypt and there was a real threat of the Nazi occupation of Palestine.

Military censorship is part of the Department of Military Intelligence. Israeli law requires that Israeli authors (including those published abroad) submit for preliminary consideration all materials related to a wide range of national security, maintaining peace and public order. If desired, censorship created trouble, however, not for experienced journalists, but for writers and researchers who, by misunderstanding, hinted at some secrets that they could know from the service. Today, the department of military censorship is commanded by 49-year-old Ariela Ben Israel, Colonel. Women have held this post since 2004. In 2004-2005, Miri Regev, the Israeli Minister of Culture and Sports, who constantly provokes public storms with her non-parliamentary statements, served as the chief military censor.

Over the years, Israeli military censorship has performed different functions. For example, from 1948 to 2004, the military censors of “the only democracy in the Middle East” were listening to all international phone calls. In 1940, a committee of editors of leading Jewish newspapers dealt with censorship. They regularly met with the head of government, ministers, senior officials and army officers to discuss national security issues. It included both editors of pro-government Zionist media and editors of the opposition press. Editor of the Communist NewspaperKol HaAm”(“ Voice of the people ”) Shmuel Mikunis even once was the deputy chairman of this committee. In 1966, a committee of editors signed a censorship agreement on working procedures. To circumvent censorship, Israeli journalists must add the phrase "according to publications in the foreign press," exactly as the Russian media necessarily write about ISIS: "Organization banned in Russia."

In 1992, a disaster occurred, known in Israel as the disaster of Zeilim Bet. During the exercises in the Negev, practicing the assassination attempt on Iraqi President Saddam Hussein, five servicemen from the special forces of the General Staff were killedcyeren matkal) Six more were injured. Censorship banned all publications, but information was leaked to foreign media. It turned out that the then Chief of the General Staff of the Israeli Armed Forces Ehud Barak (later the head of the government) was present at the exercises and that he hastily left the scene of the accident by helicopter (he was accused of escaping). In protest against the ban on publication, several leading newspapers tore the agreement. Later, in 1996, a new agreement was signed, but conflicts between censorship and journalists are ongoing. 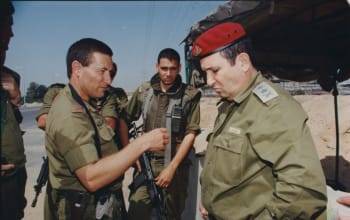 Ehud Barak during the Zeilim Bet disaster
“Military censorship interferes with my work every day,” says Yosi Melman. - I am obliged to submit to them for approval almost everything that I write. This is a constant hassle. Sometimes you have to bargain with them for every word, every sentence. Constantly trying to convince the censors to change their mind. This is not easy, but it is part of my daily work.

- You (all Israelis are in “you,” in Hebrew there is no “you." - M. D.) indignant? Asked him Simon Sprungin, the host of the Haaretz weekly podcast.

- Not that I am outraged, but this institution is outdated in the XXI century, the century of the Internet, social networks and blogs. Every day, every minute, the people are fasting everything that comes into their heads. And we, professional journalists, are required to ask for their permission. And this leads us to despair.

The attack on freedom of speech under the pretext of public safety is being conducted from all sides. The Obama administration has begun to apply wartime espionage laws against journalists. The Trump administration continues the same line. There is an opinion that it’s better to censor everything than to go to jail for many years by publishing something wrong.

I do not recall a single Israeli journalist imprisoned for publishing.

Different countries have different mechanisms for protecting sensitive information. For example, in Britain, the media warn that they can and cannot print.

I have mixed feelings for censorship, ”says Melman. - There is no consistency between the censors. The opinions of one may differ from the opinions of the other. On the other hand, of course, agreement is better than typing anything.

Melman is 69 years old. As an experienced war correspondent and columnist on national security issues, he often knows in advance what can be said and where the border passes.

We do censorship. But in the censorship system there is so much absurdity and absurdity that sometimes hands drop.

In these times of fierce competition in the media for the audience, for subscribers, for additional views and likes, there is a danger that any self-censorship may not resist, succumb to the temptation.

“I will give an example of the absurd.” Journalists are required to censor their materials. There is a group of selected bloggers with whom censorship has recently begun to work. Sometimes censors require to remove some messages, posts and tweets. Explanations of the censors in this case: they say you are influential (they are called “influencers”), and your information “weighs” more than the posts and tweets of ordinary commentators. Like, enemies, Iran, Hezbollah and so on, you can be read.
Hezbollah, Iranians, and other adversaries do read and respond to Israeli information carefully. They do not always understand the twists of Israeli politics, but for the Israelis themselves, their policies are becoming more confused. Shortly before the New Year, the newly appointed Israeli defense minister, Naftali Bennett, said they would turn Syria into Vietnam for the Iranians. Tehran quickly reacted, and the next day, the Iranians started talking about what they would do to the Israelis in Vietnam.

“I'm not a spokeswoman for the Israeli security services,” Melman says. “And he is not obliged to speak on their behalf, all the more so to reckon with the fact that the enemy listens to me or believes mine stories. This is ridiculous. It is not my task to broadcast on behalf of the Israeli security forces and obey their censorship. This is not my duty and not my responsibility.

Indeed, in Israel they like to consider their citizens as representatives, or even fighters of Israeli propaganda. I remember when I flew from Ben-Gurion Airport, they handed me the brochure "Become an IDF Soldier." It was not about the abbreviation of the Israel Defense Forces (Zwa Agana Le Israel), but the same letters meant the Israeli Propaganda Army (Tsva Asbara Le Israel) When I write something on Israeli topics, I get a bunch of reviews, including from my friends, who expect that (collective) we must be "representatives of Israel before the people." About Israel as a deceased - either good or nothing. 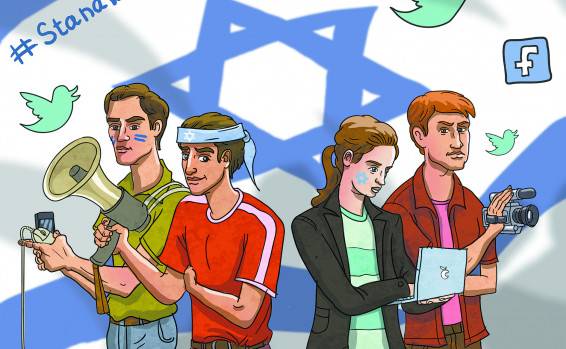 Israeli propaganda army poster
Yosi Melman is actively using Twitter. More than once he was forced to erase already published tweets. Censorship states that they supposedly correct the situation and reduce damage.

Some time ago, authorities forced Melman to destroy a tweet about corruption and bribes in the Israeli defense establishment. In recent decades, there have been many reports of bribery and corruption by Israeli merchants. weapons (exclusively senior retired officers who cannot even sell a nail without a license from the Israeli Ministry of Defense). Reports of dubious transactions come from Peru, India, Belarus, Russia, Georgia, Ivory Coast and other countries. However, censorship, the police and the courts surround all cases with a dull conspiracy of silence, although this is not even about security issues, but purely economic crimes.

Readers of the Russian-language Israeli media may get the impression that the prosecutor’s office and the courts there are a haven for dangerous leftists who just do that undermine the foundations of the Jewish state and dig into the best people. In fact, the Israeli human rights system is an obedient tool in the hands of law enforcement agencies, decides cases in their favor and unconditionally covers their shortcomings and miscalculations.

“I can understand when a non-disclosure order is issued in the interests of the investigation, for a week, a month.” But I investigated the simple bribe case in the Israeli defense industry, which has been going on for more than two years. The investigation of the case has already ended, and the indictment is sent to court, but the court imposed a non-disclosure order on the whole case. The court, if held, will also be closed. Allegedly, it is necessary to protect the interests of the country where bribes were committed.
In addition to army affairs, Yossi Melman wrote a lot and was engaged in Israeli intelligence affairs - Mossad. He is the author of several books, the popular documentary series Inside the Mossad (which appeared on Netflix with English subtitles). About the successful PR and the failed bureaucracy of the Israeli intelligence community - in the second part.

We are in Yandex Zen
"Trouble" of the Promised Land. African immigration to Israel
"Israel is a big pain in America's ass"
35 comments
Information
Dear reader, to leave comments on the publication, you must to register.