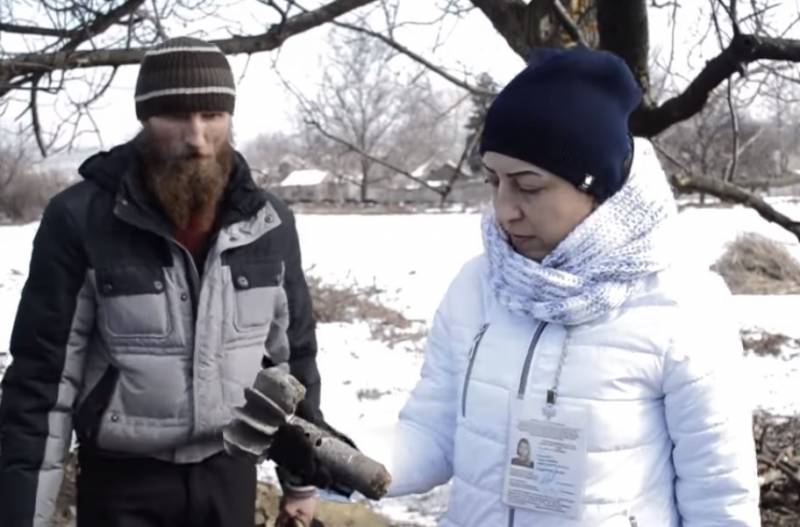 Today, the "Ukrainian Military Portal" published information about the next "victory" of the "liberators" of the Donbass. According to the publication, yesterday, fighters of the Ukrainian armed forces near the village of Shyrokyne with the help of the Stugna-P anti-tank system managed to liquidate the enemy’s truck, which provided “logistic support for the Russian-terrorist forces” (interpretation of the headquarters of the OOS).


If we translate this officialdom into normal human language, then the Ukrainian formations managed to win a crushing victory over the water carrier, which supplied water to the residents of the village of Sakhanka, that is, the civilian population.

This was reported by the official representative of the NM DPR.

An anti-tank missile was launched at a time when fighters of the people's police were gathering water. As a result, one soldier was killed, another was seriously injured. A civilian was also shell-shocked. Information on other victims and damage to civilian objects is being specified.

Presumably at the positions of the 10th separate mountain assault brigade of the Armed Forces, which fired at the truck, at the time of the shelling there was a film crew of Mariupol television. On the fact of this crime, the DPR Prosecutor General’s Office opened a criminal case against the brigade commander Zubanich.

Over the past day, official representatives of the JCCC from the DPR recorded 14 facts of shelling of settlements of the DPR.
They also published statistics on violations over the past week from March 9 to 16. During this period 138 violations were recorded. During the week, one civilian was killed and four injured. 9 infrastructure facilities and 25 residential buildings were damaged.

The DPR Prosecutor General’s Office opened a series of criminal cases against the commanders of the Ukrainian armed forces (VFU) and the military personnel subordinate to them on the fact of committing war crimes.

In particular, the commander of the 58th separate motorized infantry brigade of the Armed Forces of Ukraine, Kashchenko D.V., is accused. The subordinate unit carried out mortar shelling of the village of Nikitovka in the city of Gorlovka. As a result, three residents of Batyuk Street, including a minor, received shrapnel wounds. After the shelling, the residents of Gorlovskaya Street fired by the Ukrainian military shared their impressions after the shelling.

In addition, as a result of the shelling, seven villages in the south of the DPR were left without power supply. Since restoration work should be carried out close to the demarcation line, they will only begin after agreement with the CCCC and the receipt of security guarantees for the repair team from the Ukrainian side.

In connection with the coronavirus, the Ukrainian side closed the checkpoint in the village of Lugansk. LPR residents will not be allowed to enter Ukraine for about two weeks. Only those who are registered in the territory controlled by Kiev will be allowed.
Ctrl Enter