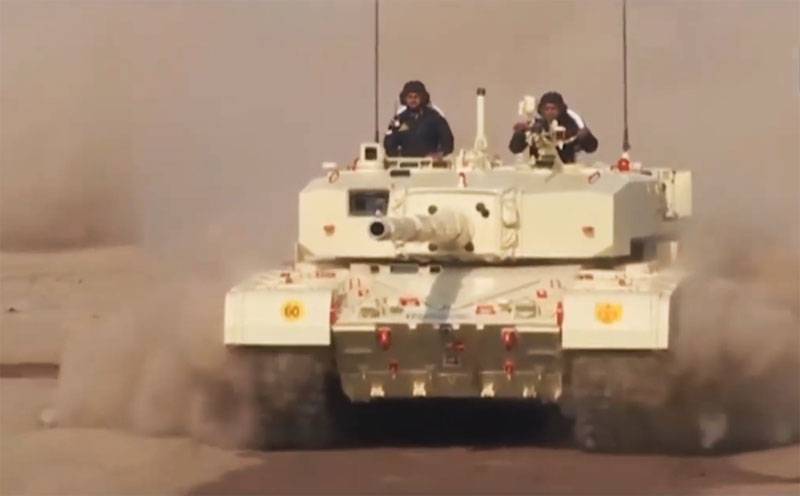 After numerous delays and postponements, the Ministry of Defense of India intends to place an order for modernized Tanks Indian production "Arjun" (Arjun Mark-1A). According to Indian media, for the needs of the Indian army, it is planned to order 118 such combat vehicles, which are distinguished by the modernization of the weapons control system, communications, defense and other units and units.


Version Arjun Mark-1A, according to the manufacturer, has an increased power reserve, more maneuverability, and also has an updated target detection and tracking system. Despite the fact that the entire range of tests of the updated Arjun tank was completed in February 2019, the command could not decide how many tanks needed to be ordered for the army.

The Indian media reported that the latest version of the “Arjuna” differs from its predecessors by 14 innovations, including an improved suspension.

From the presentation video:

The upgraded Arjun has a 120mm rifled gun capable of firing a wide range of ammunition. The container will intervene up to 39 ammunition of this caliber. In particular, the tank is capable of using a laser-guided anti-tank missile (LAHAT) with a tandem warhead. With the help of this missile, the upgraded Arjun is capable of hitting enemy vehicles with any kind of armor.
Arjun Mark-1A is also armed with two machine guns - 7,62 and 12,7 mm, as well as grenade launchers. As stated, an additional “anti-helicopter ammunition” is being developed for the tank.

The tank is equipped with a laser range finder, a night vision system with a binocular sight, a GPS navigation system, a complex panoramic view based on several cameras.

The crew of the tank is 4 people.
Ctrl Enter

We are in Yandex Zen
India completed the domestic tank Arjun Mark II
Reports from the militia of New Russia for 27-28 September 2014 of the year
52 comments
Information
Dear reader, to leave comments on the publication, you must to register.