Investment climate in the DPR? No, Potemkin villages! 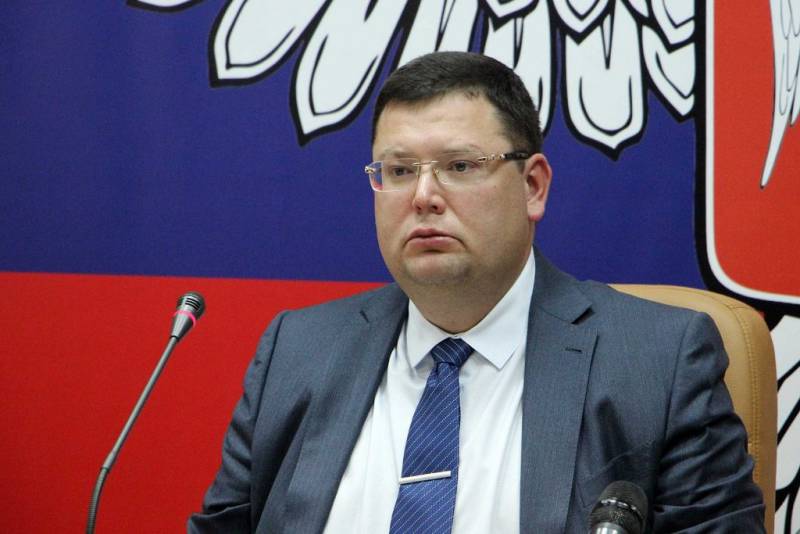 One of the fundamental problems of the DPR authorities is the extremely low level of professional competence. Presumably, Donetsk officials from the highest echelons of power are no more stupid than their colleagues from the LPR. However, due to the lack of a good habit well developed by Lugansk residents, provoking scandals is as rare as possible and as best as possible to prepare for public speaking, they repeatedly appear in unflattering light, seriously damaging the image of the republic.

In March, the Minister of Revenue and Duties Yevgeny Lavrenov gave several interviews in which he spoke about the efforts of the DPR government to improve the investment climate and economic indicators in general. The press, of course, was expecting from the minister, first of all, a report on how the strategy for attracting investments and the agreements signed during the International Investment Forum, which was held in Donetsk on October 29-30, 2019, were implemented (about 250 people from 17 countries took part in it) ) As a result of the event, 34 agreements were signed (supposedly) for a total amount of 135,6 billion rubles.

The final declaration of the forum suggests an idea: the minister’s report should contain a lot of indicators and facts. Still, four months passed, and the applications were serious, not only in respect of fabulous profits, but also in terms of reforming the legislation and optimizing the investment climate. We list the most impressive:

- Attracting investment in the fuel and energy sector, ferrous metallurgy, mechanical engineering, agriculture, construction;
- development of special business conditions for foreign investors, providing for the creation of an offshore zone with full exemption from taxes and customs duties, simple and transparent rules for corporate reporting and management;
- adjustment of the regulatory framework to create exclusive conditions for doing business;
- legalization of the blockchain infrastructure and blockchain partnership that provides digital services around the world, with the highest standards of security, confidentiality, etc.

Revelations of the minister

Unfortunately, the minister’s report was very modest and devoid of specificity. So, according to Yevgeny Lavrenov, it’s too early to talk about global results today, because first of all the government has set goals and objectives, and now it’s “systematically moving towards creating an investment climate”.

“In order to improve the quality indicators of the same ministries and departments, we need serious enough capital investments to reduce operating expenses. Therefore, of course, those many things that we are going to ... during the war, we were far behind the world in technical terms. And all the things that have been long gone in large countries, we are only going through today ... Therefore, of course, there are results: our delegation traveled to Syria, we showed some of our achievements that are necessary for the Syrian Arab Republic, and today negotiations are ongoing on specific activities . Unfortunately, we are not recognized by Syria ... One of the things that are really interested in Syria is 3D modeling regarding the production of prostheses ”,
- declared Lavrenov.

Besides news On computer modeling of prostheses for crippled Syrians, Yevgeny Lavrenov said that to create a favorable investment climate in the republic, a serious challenge is “establishing an information exchange between departments”, which, according to the official, requires significant investments, including the purchase of computer hardware and software.

The interview ended with a number of general and theoretical points, devoid of specificity and attachment to the realities of the DPR.

Important to clean up

In order to attract investment in LDNR, in fact, you need to start not with fantastic projects like creating offshore zones. It would be nice to start with the tax system and the customs code. It is worth recognizing: at the end of 2019 and the beginning of 2020, the DPR government made several amendments in these areas, but they did not give conceptual changes. And these changes are vital! First of all, it is worth noting that the LDNR has an extremely unattractive taxation model: high income tax and value added tax rates, the impossibility of adding funds spent on repairs (no more than 10%) to gross expenses, double taxation, 100% tax advance payment payments during export operations, etc. Currently, DNR agrarians are asking the government of the republic for tax holidays for the next five years, but today it looks like a utopia: fiscals in Donetsk are carefully squeezing every penny, without thinking about the development of the economy. So far, all reforms aimed at attracting investors remain at the level of promises.

Entrepreneurs engaged in foreign economic activity in LDNR often complain about “surprises” from customs officers, who can easily raise the amount of customs duties, and illegal actions can only be challenged in theory. Separate mention deserves the very procedure of customs clearance, which takes a lot of time and requires the completion of numerous documents. Unfortunately, there is still customs between the LPR and the DPR, which they promised to abolish back in 2018. This circumstance throws not only foreigners, but also local residents into bewilderment. No one understands what prevents the LPR and the DPR from creating a single economic space.

The work of the Central Republican Bank, which is a de facto monopolist, deserves a lot of complaints. From time to time, the CRH is completely unpredictable and without prior notification “pleases” customers with innovations, changing the rules and tariffs for services. Of course, nowhere to complain about the monopolist.

However, all these factors and even the unrecognized status of the republics, which, according to the head of the Ministry of Social Development of the DPR, Yevgeny Lavrenov, can even be used to benefit and provide certain advantages, fade before a really serious problem - the negative image created by LDNR by the previous head of the Ministry of Revenue and fees Alexander Timofeev, nicknamed Tashkent. An image that for some reason was considered excessive in Donetsk.

It is not known for certain which part of the crimes attributed to Tashkent related to the illegal expropriation of property, business, crops, transportation, etc., is true. Contrary to their own promises, the authorities of the DPR did not make a public assessment of the activities of Alexander Timofeev. And in vain, since the rumor about his "arts" has spread quite far.

It would seem that it is worthwhile to conduct a thorough investigation and publish its results, and return all the illegally taken property to the owners ... However, even the long-suffering market owners in the DPR did not get theirs, although they talked about returning at the highest level and even created a special departmental commission, which gathered in vain several times, then to simply self-abolish.

By the way, nothing was heard about Vadim Savenko's agricultural holding - Kolos D LLC, which, despite the war and the devastation, invested $ 20 million in business and annually paid about 100 million rubles in taxes to the republican budget. In 2018, the enterprise was suddenly imposed exorbitant fines, after which it was seized by the special forces of the Ministry of Health. Moreover, according to Vadim Savenko, only 750 million rubles worth of grain was exported from the elevators. According to the entrepreneur, who, after losing his investment, returned to Russia, Tashkent and its associates to one degree or another seized the assets of 98% of the DPR business enterprises.

Do you think someone compensated the entrepreneur for his loss? A rhetorical question ... So, before creating offshore and talking about investments, is it worthwhile to clearly show investors that their investments will be profitable and not become another Tashkent?

It seems that today in the DPR they successfully implement the Ukrainian experience in blowing bubbles: creating a map of tourist routes, programs for socio-economic development, schemes to improve the investment climate, strategies for achieving world peace ... All this is inherent in almost any state, however, in the present Donbass republic their position and against the background of spilling blood simply can not afford the luxury of looking like a props.

Alas, years go by, officials and scenery of Potemkin villages change, but the essence remains the same: imitation of violent activity instead of real work.

We are in Yandex Zen
In the "Ministry of Health" of the DPR reported on systemic fraud of the population
How the US dollar turned into a big financial mystification
33 comments
Information
Dear reader, to leave comments on the publication, you must to register.