In the USA: “F-22 maneuvering slow-motion video is literally mesmerizing” 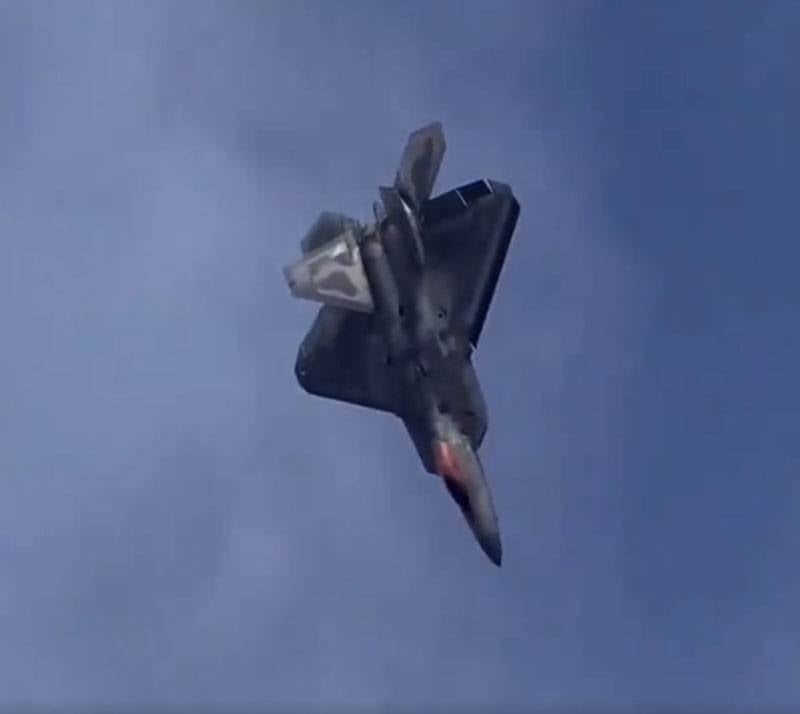 In the Western media, the operator’s work is being discussed, which represents the performance of aerobatics by a pilot of the fifth-generation American fighter F-22. In The Drive, columnist Tyler Rogway writes:

The high frame rate of the video and the incredibly stable tracking allow us to see all the smallest details of these maneuvers.
The author calls the American F-22 the main aircraft in terms of "complete air superiority." It is noted that the Russian Su-35 is superior to the F-22 in terms of super-maneuverability, but "in general, the Raptor will surpass it in the air confrontation." It is stated that over-maneuverability today cannot be considered as a separate taken advantage of a fighter.

This slow-motion video with the maneuvering of the F-22 is literally mesmerizing.
In social networks, where the video was published with the F-22 piloting, users write that the aircraft "is highly dependent on software during the flight."

All pilots claim that they experience joy during the flight.

Recall that at the moment in the United States they prefer the fifth-generation fighter F-35. At the same time, the States do not export F-22 fighters, leaving them exclusively on their own weapons.