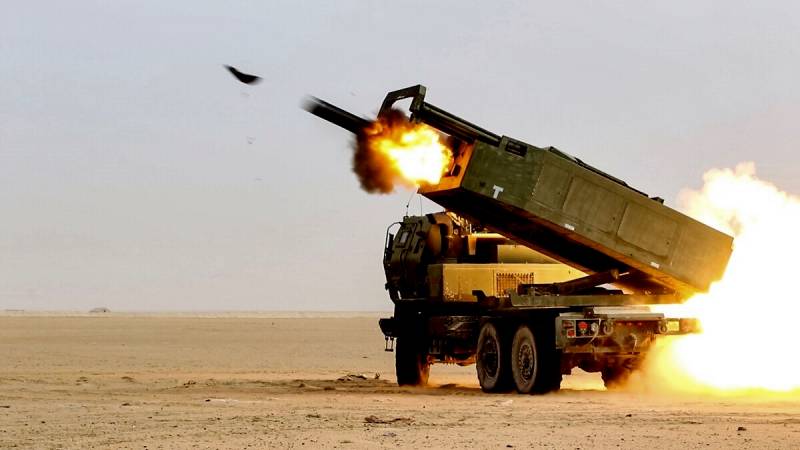 While the journalists of most domestic and foreign military-analytical resources do not stop trying to predict further scenarios for the development of an operational-tactical situation in the completely unpredictable and explosive Idlib de-escalation zone, taking into account the ongoing saturation of this theater of operations with Turkish arms, information equally important for an expert assessment was published in a press release on the news portal of the military-industrial corporation Lockheed Martin on March 12, 2020 with reference to ialistov taking a direct part in throwing test of one of the copies of the prospective short-range ballistic missiles PrSM, developed as part of an ambitious project of the same name, designed to fend off potential missile opponent on critical operational areas.

According to the source, an experimental prototype of the PrSM OTBR launched on the territory of the White Sands missile range from the modified transport and launch module M269 located in the armored box farm of the M142 HIMARS MLRS mobile launcher successfully hit the conditional enemy’s ground target, breaking about 180 km. At first glance, we are dealing with a completely ordinary event, which is not the subject of increased interest of Russian and Chinese military experts; after all, the range obtained during the tests barely “covers” 50% of the same indicator of the Russian operational tactical ballistic missile 9M723-1 Iskander-M. Meanwhile, a detailed acquaintance with the tactical and technical assignment for the development of the PrSM Special Purpose Detachment, as well as with the layout and design features of the final product, can completely and completely redraw our previous ideas about the Precision Strike Missile project as an ordinary program for re-equipping US missile and artillery units with new operational -tactical BRs whose performance characteristics are only slightly ahead of the good old MGM-140B / 164B ATACMS Block IA / IIA.

In particular, unlike the ATACMS family of tactical ballistic missiles, the promising PrSM RDBs will have a total range of 500-600 km and approximately 2-3 times less effective scattering surface (0,07-0,1 versus 0,2- 0,3 sq. M, respectively) due to a 74% reduction in the diameter of the hull (from 0,61 m to 0,35 m, respectively), as well as the much wider use of composite radar absorbing materials and coatings in its design. As a result of this, the 30H6E2 illumination and guidance radars of the S-300PM1 systems will be able to "capture" the data of the American Special Purpose Detection Bureau for accurate auto-tracking at a distance of about 85-90 km, which will be completely insufficient for successful interception with the 48N6E / E2 long-range guided missiles. Indeed, literally 30–40 seconds after the “capture”, PrSM rockets moving along a quasi-ballistic trajectory at a speed of about 2000 m / s will enter the angular sectors that are not covered by the radiation pattern above the air defense systems (“dead funnels”) within a radius of 25-30 km with angles greater than 64 degrees for 30N6E type radars.

Conclusion: the successful interception of PrSM missiles by means of the S-300PM / 1/2 air defense division can only be realized on a 60-kilometer stretch of the terminal section of the trajectory, and even then, if the enemy hypothetically uses no more than 6-8 OTR in one outfit, without the latest implementation of anti-aircraft maneuvers. In the case of a massive use of Deep Strikes (10-15 or more units) on objects covered by "three hundred", the chance of a successful reflection of such an attack will be minimized; especially when performing operational-tactical ballistic missile defense PrSM anti-aircraft maneuvers with overloads of 25-30G (these flight modes are an integral software add-on for most inertial-navigation systems of promising cruise and operational-tactical ballistic missiles). Why?

As is known, missiles of the 48H6E / E2 family are equipped only with aerodynamic controls that make it possible to achieve 30–35 G overloads, which will be enough to destroy elements of high-precision weapons opponents carrying out anti-aircraft maneuvers with overloads of no more than 17 units, not to mention the sparse layers of the stratosphere (18-25 km), where this figure will decrease to 8-10G, respectively.

An order of magnitude higher combat stability in this situation will be possessed by the S-350 Vityaz and Buk-M3 anti-aircraft missile systems that are currently being armed with the airborne combat units of the airborne forces and air defense forces of Russia, the ammunition of which is represented by anti-aircraft guided missiles interceptors 9M96E / DM and 9M317MA. Thanks to equipping these missiles with active radar seekers of the “Shale” type, capable of detecting targets with an image intensifier of 0,07 square meters. m at a distance of 20 km, the Vityaz and Buk-M3 complexes can easily process the approaching Deep Strike even at the time of diving at critical angles of more than 80 degrees, inaccessible to 50H6A and 9C36M guidance radars: the air defense data will be delivered once and for all point on the issue of eliminating the "dead craters" characteristic of domestic anti-aircraft missile systems with a semi-active radar guidance system.

The “twist” of PrSM missiles at the time of the latest anti-aircraft maneuvers will be achieved using the 9M96E / DM and 9M317MA antiaircraft engines of the PIF-PAF type torque transverse control and a gas-jet thrust vector deflection system (along with the classic aerodynamic rudders), which bring the available missiles to overload 65 units and providing the ability to maintain high flight performance in the upper layers of the stratosphere.

We are in Yandex Zen
The PrSM project calls into question the anti-missile potential of the Russian Navy. The last word for "Redoubt"
Deep Strike rockets: a club over the main base of the Black Sea Fleet in Sevastopol and the Western Military District
24 comments
Information
Dear reader, to leave comments on the publication, you must to register.