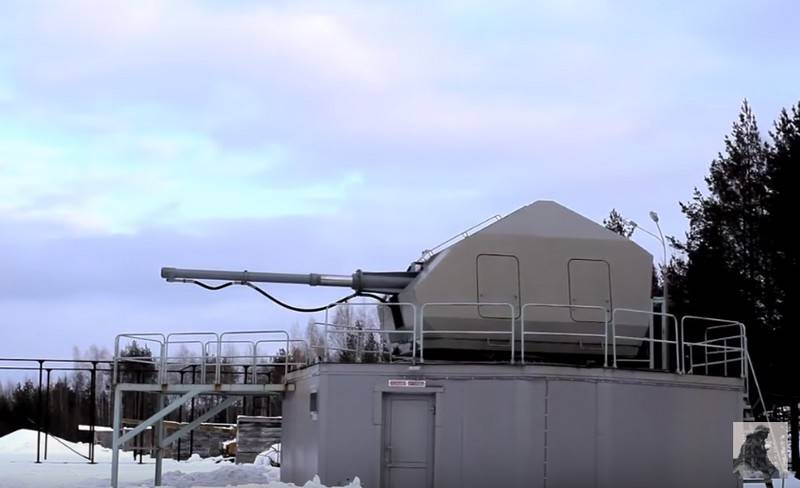 Undergoing repair and modernization, the former large anti-submarine ship, retrained to the frigate "Marshal Shaposhnikov", is changing its artillery. Instead of two bow 100-mm AK-100 guns, the ship will receive a 100-mm gun mount A-190-01. This was reported by Izvestia with reference to the Ministry of Defense.


The modified A-190-01 installation passed all tests and was adopted eight years ago. It has a rate of fire of up to 80 rounds per minute with a maximum range of over 20 km. She can also shoot down aircraft at an altitude of up to 15 km. At the same time, the installation tower is made using the "stealth" technology, which reduces the likelihood of "glow" of the frigate on radars. The two A-100 gun mounts previously installed on the ship were developed back in the 70s of the last century and were clearly visible on enemy radars.

Earlier it was reported that the large anti-submarine ships of Project 1155 will become frigates, a decision on this has already been made at the Ministry of Defense. In the first summer of 2019, the Marshal Shaposhnikov BPC, which is undergoing modernization at the Dalzavod in Vladivostok, was officially retrained. The remaining ships of this project will be retrained after passing the modernization. According to the source, the upgraded ships will combine the capabilities of carriers of precision cruise missiles and anti-submarine ships.

After replacing two A-100 gun mounts with one A-190-1, the fate of the armament that stood on the BOD before modernization remained unknown: two 45-mm semi-automatic guns 21-KM, four 30-mm ZAK AK-630, two SAM "Dagger", two anti-submarine complexes "Rastrub-B", two reactive-bomb installations RBU-6000, as well as torpedo tubes. On board the BOD are two Ka-27PL helicopters.

We are in Yandex Zen
Reports from the militia of New Russia for 27-28 September 2014 of the year
Yuri Drozdov: Russia prepared the role of the sacrificial calf
139 comments
Information
Dear reader, to leave comments on the publication, you must to register.