The Russian military advanced to the first joint patrol with Turkey 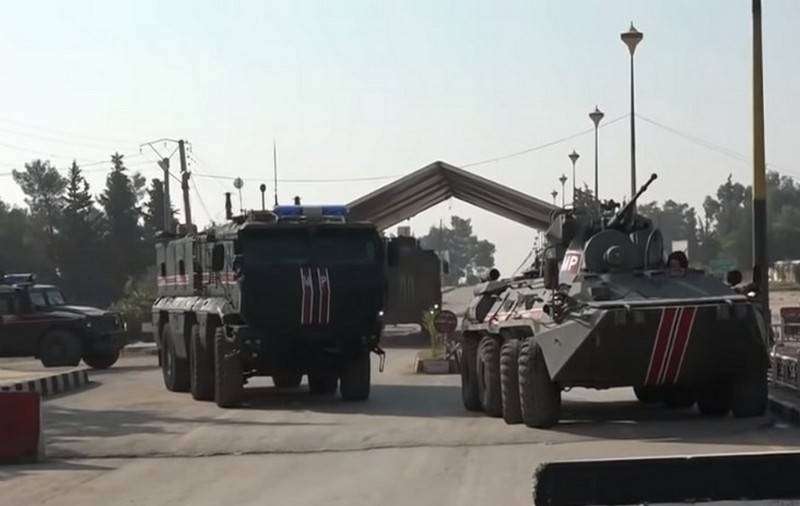 Russian military police advanced to the site of the start of the joint Russian-Turkish patrol on the M-4 highway section in the Syrian province of Idlib according to the agreements reached at the talks on March 5, 2020. The collection takes place on the western edge of the city of Sarakib.


It is reported that in the first joint patrol will take part a platoon of the military police of the Russian Federation on armored vehicles. Turkish patrol forces are still unknown. The patrol starts on the M-4 highway from the settlement of Trumba (two kilometers west of Sarakib) on both sides of the highway. To ensure traffic, a safety corridor six kilometers wide was created north and south of the highway. The patrol will be coordinated by a joint Russian-Turkish coordination center.

Earlier, in preparation for joint patrol of the route, engineering reconnaissance was carried out along the route of possible patrol movement. This was announced by the head of the Russian Center for the Reconciliation of the warring parties in Syria Oleg Zhuravlev.

Joint Russian-Turkish patrols should not only ensure the safety of movement along the M4 Latakia-Aleppo highway, but also become a guarantee of preventing the resumption of armed conflict in Idlib province.
Ctrl Enter
Noticed oshЫbku Highlight text and press. Ctrl + Enter
We are
With the loss of Nairab, the situation for the SAA was complicated in the direction of Sarmin-SarakibKurds attacked Russian-Turkish patrol again: sledgehammers
Military Reviewin Yandex News
Military Reviewin Google News
47 comments
Information
Dear reader, to leave comments on the publication, you must to register.