The hunt for oil. The pursuit of profit as a form of occupation 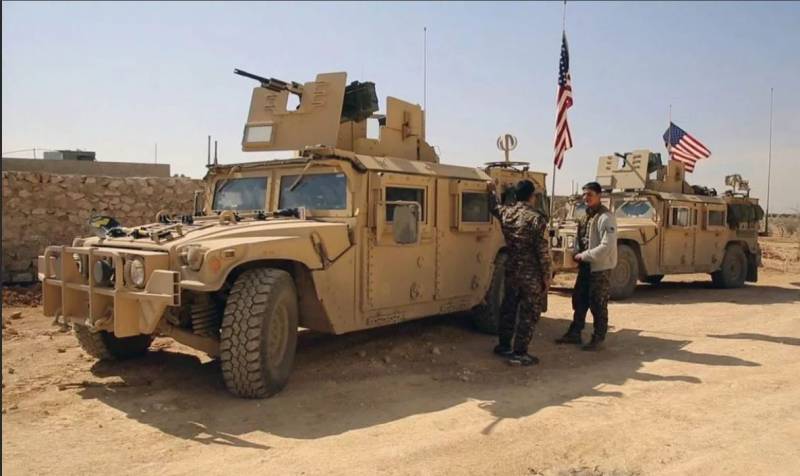 The Trump administration, like its predecessor, calls the ultimate destruction of terrorism as the goal of its presence in Syria. This principle is interpreted by Washington in very different ways: in Idlib, the Americans, at least for the moment, absolutely exclude the ground military presence. A different position has been taken regarding oil-rich lands east of the Euphrates: the presence of US military bases here is explained by the need to support the “main ally” in the fight against ISIS (prohibited in the Russian Federation) - the Kurds.


The agenda for Kurdish militias in northeast Syria is well known: they want to create an autonomous territorial entity with a maximum range of powers without outside interference. In this sense, the relations of Americans and Kurds with good reason can be called a marriage of convenience. The United States does not and cannot have other partners who allegedly need help in the fight against ISIS. The Kurds, bearing in mind the usefulness of the military and diplomatic potential of the United States for gaining leverage over the ATS government, actively used this. No wonder Donald Trump's loud statements about the withdrawal of American troops from Syria, which later turned out to be empty words, caused the most fierce criticism in the ranks of the Kurdish political movements.

In fact, the US never made a commitment to help the Kurds create an autonomous zone in northeast Syria. The longer the United States maintains forced military cooperation with the Kurds, the greater the risk for American forces to find themselves in a stalemate between the two allies and get stuck in a regional conflict, given Turkey’s relentless desire to put an end to the conflict with the Kurds by force.

And the longer the US troops continue to remain in Syria, occasionally reporting on the “extremely successful” joint operations with the Kurdish People’s Self-Defense Forces to destroy the sleeping cells of ISIS of two people in some village in Raqqa or Deir ez-Zora, the more obvious it will be it becomes that the Americans are not really interested in Syria’s final deliverance from terrorism. A strong argument in favor of this point of view is official Washington’s rhetoric regarding the situation in Idlib: they say that the terrorists are there, of course, but they haven’t planned any aggressive actions against the Syrian authorities lately, the victims of their attacks on government positions are not so numerous and etc., etc. These words do not quite correlate with the image of the state, fiercely fighting against any manifestations of terrorism, is not it?

In northeast Syria, the activity of Americans, by and large, is limited to the areas directly surrounding the oil fields. At international venues, US officials regularly state that Washington refuses to help restore the peaceful life of the Syrian territories, which are under the control of the ATS government. However, the Americans also have no signs of a desire to restore, for example, Racca, which they themselves bombed.

If you add up the resulting “ingredients” (control of oil fields and prevent the restoration of the SAR government’s sovereignty over the entire territory of the country) and add to the non-binding bravado in the spirit of “Assad must leave”, “we will expel the last Iranian boot from Syria” and “ISIS will finally defeated ”, the resulting dish from the“ chef ”, with whatever sauce you serve it, will invariably beg for one name: the occupation of the territory of another state in order to profit. Here is such a high cuisine of international politics!

We are in Yandex Zen
Military reform as an integral part of the security concept of the Russian Federation: Systematic dynamic assessment
Kurdish question in modern Syria
45 comments
Information
Dear reader, to leave comments on the publication, you must to register.