SHIELD system. New US defense in the Arctic 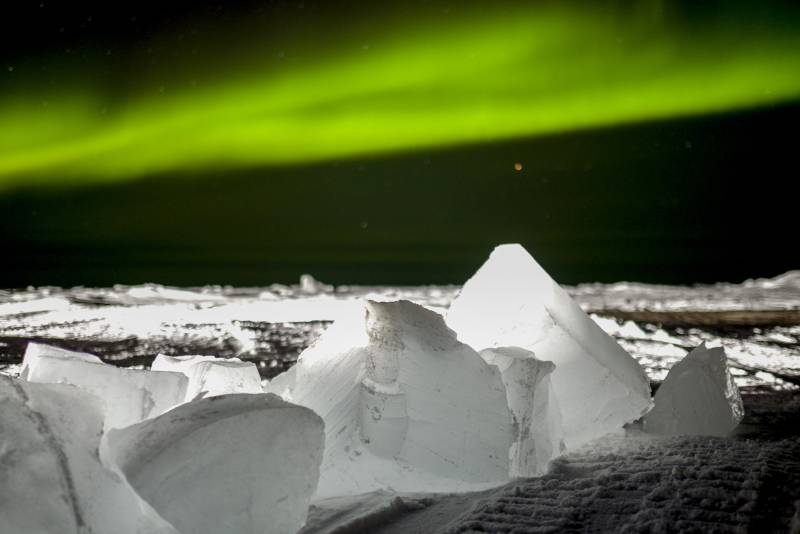 The Arctic is turning into a new field for the confrontation between the leading powers of the world. Developed countries intend to develop this region, as well as protect their interests there, including through military force. It has recently become known that in the future, a new integrated defense system called SHIELD may defend the Arctic interests of the United States.

The problems of Arctic exploration and possible competition with other countries are regularly discussed in the highest circles of the USA, and the next statements on this matter were made on March 11. General Terrence O'Shaughnessy, head of the North American Armed Forces Command (NORTHCOM) and North America's Aerospace Defense Command (NORAD), revealed new information during a hearing at the House Committee on Armed Forces.

The general recalled that in recent years, third countries have not been inactive. They observed, studied and developed new means and methods for counteracting the United States. As a result of this, the likely adversary has strategies to threaten the United States without the use of nuclear weapons. At the same time, all this affects the balance of power in different regions.

T. O'Shaughnessy once again pointed out that the Arctic can no longer be considered a “fortress wall”, and the oceans are no longer “protective ditches”. The presence of a likely adversary in the region is increasing, and now the former defense is turning into approaches to the territory of the United States.

In such circumstances, the country needs an effective permanent protection system that can solve all the main problems. It is necessary to ensure deterrence of the enemy and protection of key objects, organize a projection of force, etc.

Threats of the XNUMXst Century

According to General O'Shaughnessy, there are new specific challenges that need to be answered: "you cannot defend yourself from the threats of the XNUMXst century with the technologies of the XNUMXth century." In this regard, the head of NORTHCOM calls for building a new defense system in the Arctic, taking into account modern threats. Work in this direction has already begun. 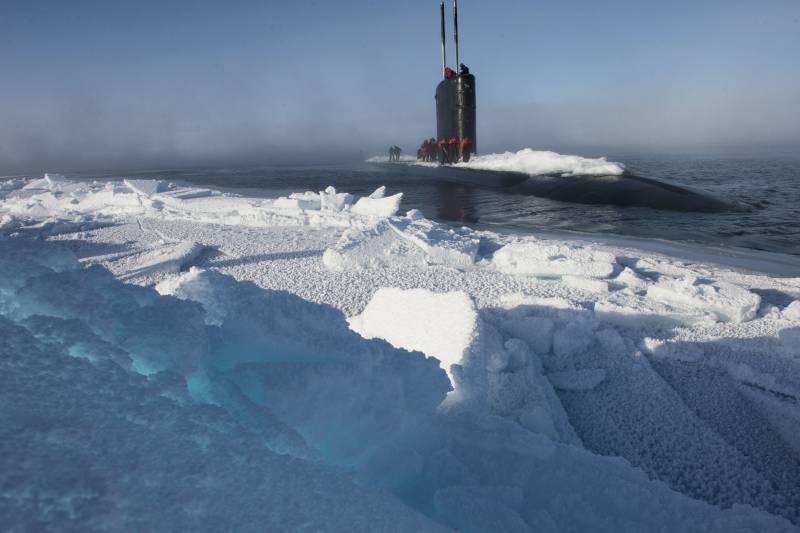 The Pentagon, in collaboration with defense enterprises, is working on the SHIELD (Strategic Home and Integrated Ecosystem for Layered Defense - “Strategic Integrated Multilevel Defense Ecosystem”) project. The aim of the project is to create a new integrated system that provides surveillance of potentially dangerous areas and increases situational awareness of NORAD and other armed forces structures.

Work in all environments

T. O'Shaughnessy revealed some of the details of the project and the main features of the future protection system. It is proposed to create a multi-level network of various surveillance and intelligence tools operating in different regions and environments. It is necessary to ensure constant monitoring of the ocean, ground conditions, as well as air and space conditions. Equally important is monitoring the situation in cyberspace. All these tasks can be solved with the help of existing systems and samples.

Monitoring tools are proposed to be combined with automated control systems. They should collect and process data from various sources around the world, and then give out information about existing threats and possible responses to them.

The SHIELD system should also include controls for defense complexes or percussion instruments. The development of new combat defense systems has not yet been envisaged. SHIELD will only manage existing models that are armed and on duty.

In general, we are talking about deep modernization of existing control loops, taking into account the expected threats. NORTHCOM and NORAD want to be able to quickly identify dangerous objects, identify them and hit at long range. The presence of such a defense system will make it possible to resolve national security issues both in the Arctic and in other regions.

The commander of NORAD and NORTHCOM limited himself only to general information about the SHIELD project and did not disclose all the details of a technical nature. Nevertheless, the announced data show the main features of the project, its goals and prospects. In general, the proposed defense system looks quite interesting and useful from the point of view of covering a strategically important area. 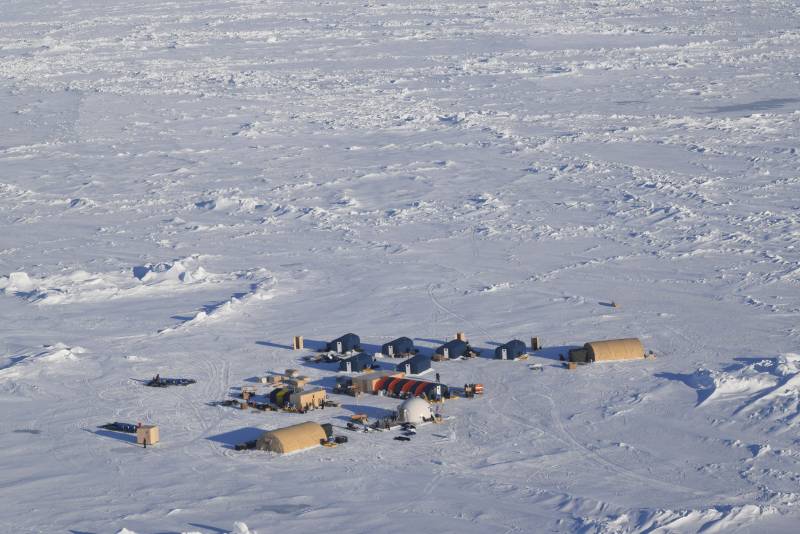 SHIELD will be an integrated system for collecting and processing data, as well as command and control. In essence, it is a matter of replacing existing control systems with new models with different characteristics and capabilities. It is likely that existing systems no longer fully meet current requirements, which is why the command wants to replace them.

The SHIELD system should be based on modern and promising components, which will affect its characteristics and capabilities. The computing complex from this system will have to collect data from various sources, including working in a variety of environments. Combining information from various intelligence tools will provide new opportunities and in some cases simplify and accelerate the detection of threats.

To increase productivity and operational efficiency, it is possible to introduce elements of artificial intelligence into the computing circuits. This will reduce the burden on operators while maintaining the ability to correctly analyze the situation and develop solutions.

Unfortunately, the head of NORTHCOM and NORAD did not even name the approximate dates for the appearance of the entire SHIELD system or its individual elements. Also, the cost of developing and implementing all the necessary tools has not yet been specified. Given the goals and scope of future work, it can be assumed that the creation of SHIELD will cost several billion dollars and will last for more than one year. Probably, official information on this subject will appear in the future.

It should be noted that in the context of the SHIELD program we are only talking about new means of command and control. The development of any surveillance tools or systems of destruction is not yet envisaged. SHIELD will integrate existing defense components and ensure their more effective interaction. Perhaps this is only a temporary solution, and new samples weapons or locators will be created later. 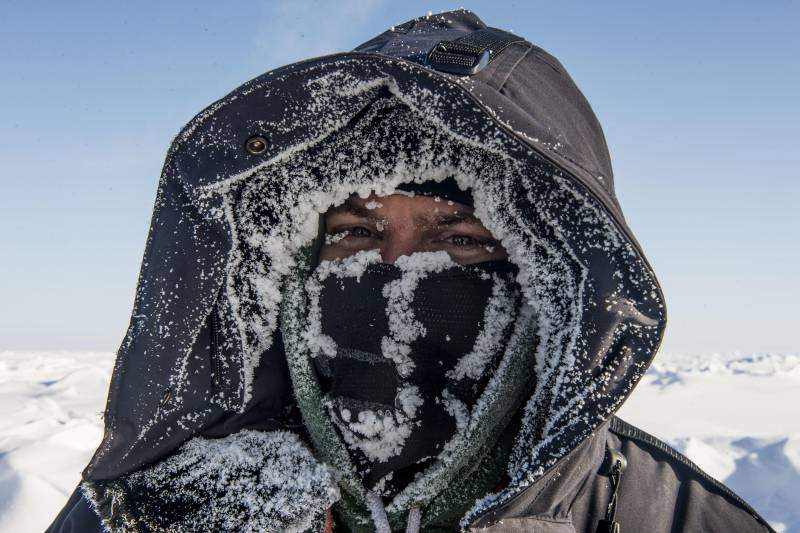 This approach to the modernization of defense in a strategically important area has obvious advantages, but it is not without drawbacks. The overall effectiveness of the updated defense in the Arctic will depend not only on the capabilities of the control system, but also on the parameters of the integrated models of military equipment, which are not always distinguished by novelty.

The USA in the Arctic is facing certain difficulties. The military potential in the region is very limited, and this has been repeatedly confirmed by various officials. The most famous problem is the shortage of heavy icebreakers capable of supporting the actions of the Navy at high latitudes. The coast guard has only one such vessel, and new ones are expected only in a few years.

At the same time, there is a developed grouping to the north, formed by the ground forces and air forces. The United States can also count on the assistance of the countries of the region that are members of NATO. Issues of international cooperation are regularly practiced. So, recently Alaska became a training ground for the US-Canadian Arctic Edge 2020 exercises. In Norway, it was planned to conduct joint NATO Cold Response 2020 maneuvers.

The U.S. Northern Command understands the need for full and omnidirectional development of troops. At the same time, it believes that in the current military-political situation and taking into account the current state of affairs in the Arctic direction, the development of command and control facilities becomes a priority. The solution to this problem in the foreseeable future should be an integrated SHIELD system. It is expected that in the near future there will be new reports on its development or construction. It is unlikely that the Pentagon will hide the work on such useful new products.

We are in Yandex Zen
Is the old well forgotten to become the new? Part-2. By call of honor and duty
An-12 in Afghanistan
8 comments
Information
Dear reader, to leave comments on the publication, you must to register.