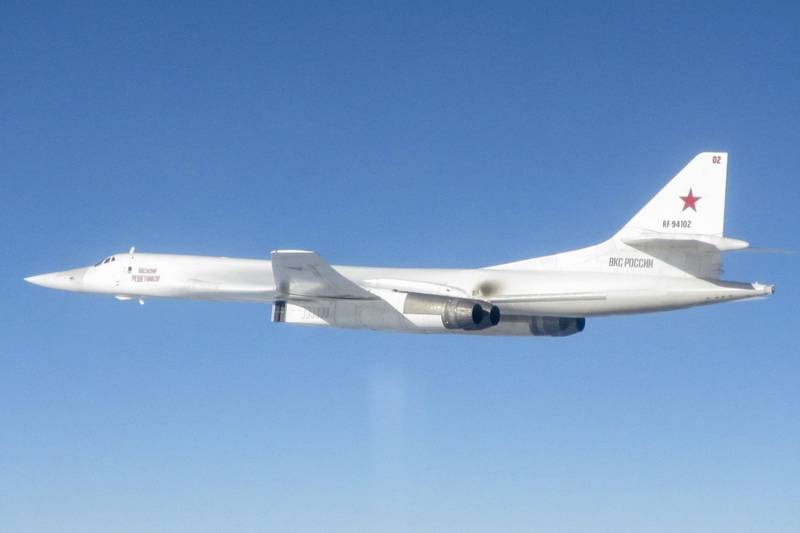 The Russian Ministry of Defense continues the practice of flying Russian strategic bombers over the neutral waters of the northern seas and the Atlantic. According to the military department, a pair of Tu-160 White Swans strategists spent a long flight over the Barents and Norwegian seas, as well as the Atlantic Ocean.

Two strategic missile carriers Tu-160 completed a planned flight in the airspace over the neutral waters of the Barents Sea, the Norwegian Sea and the Atlantic Ocean. The flight duration was more than 15 hours
- said in a statement.

The Ministry of Defense added that during the flight the missile carriers worked out refueling in the air from the Il-78 tanker.

The military also reported that at certain stages the Russian missile carriers were accompanied by the Norwegian Air Force F-16 fighters and the British Air Force Eurofighter Typhoon.

In turn, the British Ministry of Defense released a video report on the “interceptions” of Russian aircraft conducted recently.

We are in Yandex Zen
Checked the combat readiness. "White Swans" flew over the three seas
"Nale" Russian nuclear bombers lifted into the air American fighters
9 comments
Information
Dear reader, to leave comments on the publication, you must to register.