ILC will review the program for creating deck drones 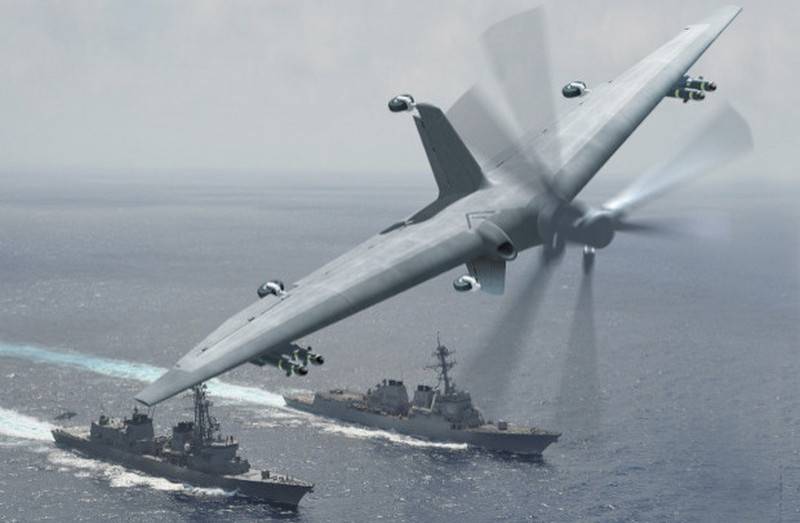 The U.S. Marine Corps has decided to suspend the development program for deck-based drones MUX. According to "NPlus1" with reference to Flightglobal, the Marines admitted that the requirements for a drone put forward under this program were too high.

The ILC decided to revise the program for creating a promising universal deck-based drone, recognizing that the requirements for drones are difficult to fulfill. Earlier, the US Marines demanded that the new UAV perform a wide range of tasks: conduct reconnaissance, deliver cargo, relay signals and participate in electronic warfare. The combat radius of new deck-based drones should be from 350 to 700 nautical miles (from 648 to 1296 kilometers) with a payload. The cruising speed of drones should be from 200 to 300 knots (370-555 kilometers per hour).

The tender for the creation of UAVs under this program was announced in 2018. It was assumed that the adoption of vehicles will take place in the mid-20s. The adoption of drones in combat with the completion of deliveries of all ordered vehicles was planned by 2034.

As part of the new MUX program, it is planned to order the development of a family of unmanned aerial vehicles, each of which will carry out its specific task. One of the devices will be developed for ground based, and the second - for ship. No other details were reported.

We are in Yandex Zen
Reports from the militia of New Russia for 27-28 September 2014 of the year
Yuri Drozdov: Russia prepared the role of the sacrificial calf
15 comments
Information
Dear reader, to leave comments on the publication, you must to register.