The US Navy additionally allocated 44 million dollars for the construction of the CVN-79 aircraft carrier "John F. Kennedy" 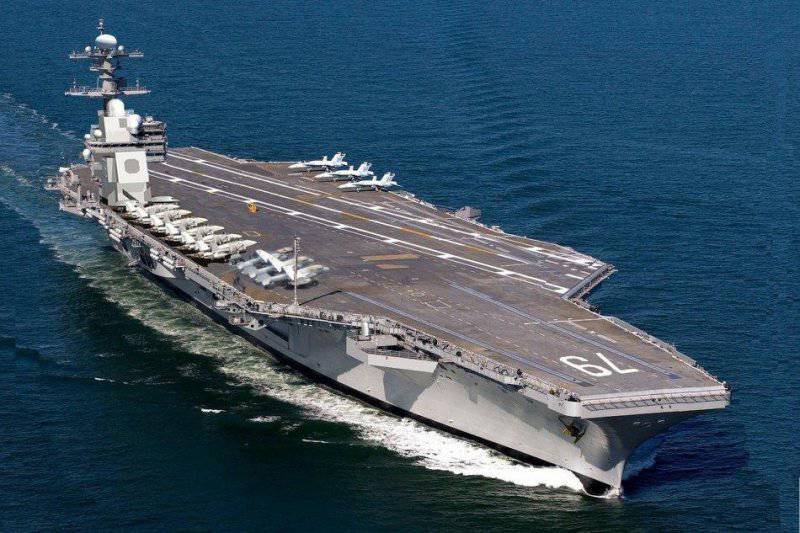 Huntington Ingalls Industries has announced that it has concluded an additional contract with Newport-News Shipbuilding with the US Navy as part of the construction of the nuclear aircraft carrier (AVMA) CVN-79 "John F. Kennedy" class "Gerald R. Ford."


These funds will be used to purchase materials with a long production time. The cost of the agreement is 43,4 million dollars.

The funds will be used for the purchase of basic equipment, including lifts and pumps.

Currently, Newport News Shipbuilding is working on CVN-79 in accordance with a preliminary contract that provides for the development of the project, planning, purchasing materials with a long production time and the initial production of components.

The main contract for the construction of the aircraft carrier CVN-79, as planned, will be concluded in 2013 year.

The cutting ceremony for the first steel for CVN-79 was held in December 2011 at the shipyard of the company Northrop Grumman Shipbliding (now Huntington Ingalls Industries) in Newport News (Virginia).

The new aircraft carrier, while maintaining the design of the AVMA Nimitz hull, will have advanced technical capabilities, including a new command and control system, a redesigned superstructure, electromagnetic catapults, a new aerofinisher, an increased landing deck, a new nuclear power plant and an improved electrical system.

The use of new technologies will reduce the load on the crew and reduce its number, as well as to reduce the total operating cost by 5 billion, compared with the AVM Nimitz.

Ctrl Enter
Noticed oshЫbku Highlight text and press. Ctrl + Enter
We are
Aircraft carrier "Gerald R. Ford" is ready to be launchedArmored Vehicles Market in the Middle East in 2005-2012 and forecast for 2013-2016
Military Reviewin Yandex News
Military Reviewin Google News
55 comments
Information
Dear reader, to leave comments on the publication, you must to register.