Thank you for being born! 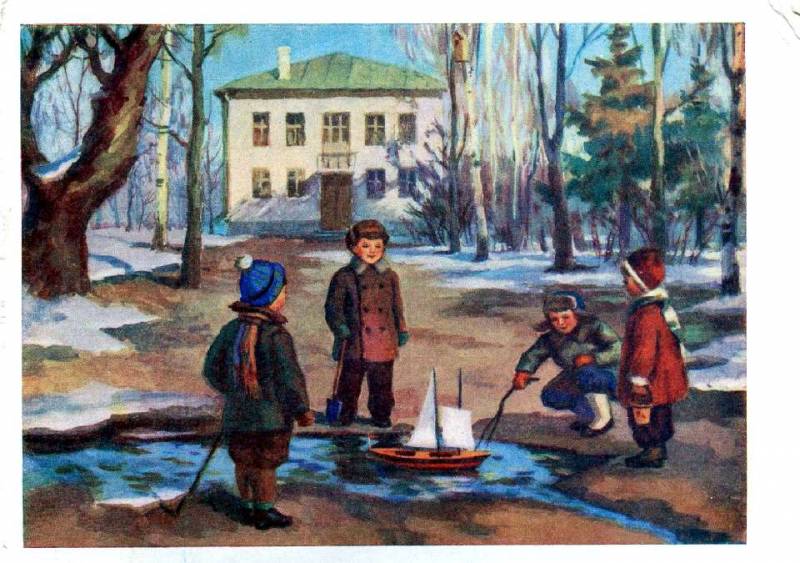 Fortunately, I belong to the generation that was born in the 50s of the last century. And not only fortunately, but call it what you like: by coincidence, thanks to the will of fate, or even by misunderstanding ...


The fathers of people like me were those who went through the Great Patriotic War, fought in the difficult 41st, defended Leningrad and Stalingrad, liberated Europe, fought with imperialist Japan, rebuilt a destroyed country. Our fathers studied at night schools after the war, graduated from institutes and universities, became prominent scientists, designers, teachers, doctors and workers.

Yes, it was workers, because without their skillful unique hands that could literally do everything, the successes achieved by the Soviet Union would not have been possible.

It was a special, outstanding generation. These were giants of deed, thought and word. These were people who sincerely worked, sincerely loved and sincerely gave birth to children who grew up in an atmosphere of love, joy and respect. Thanks to them for that!

Before the war, my father lived with his parents and younger brother in the city of Kharkov (now independent Ukrainian) on Rymarskaya Street. Not far from him, some three hundred meters away, on Pushkinskaya Street, my expectant mother lived. Before the war, they were not familiar with each other and studied at different schools.

When the war began, the Wehrmacht at the end of September 1941 approached Kharkov. The families of my future parents were evacuated by some miracle, which was talked about until the very end of my life. 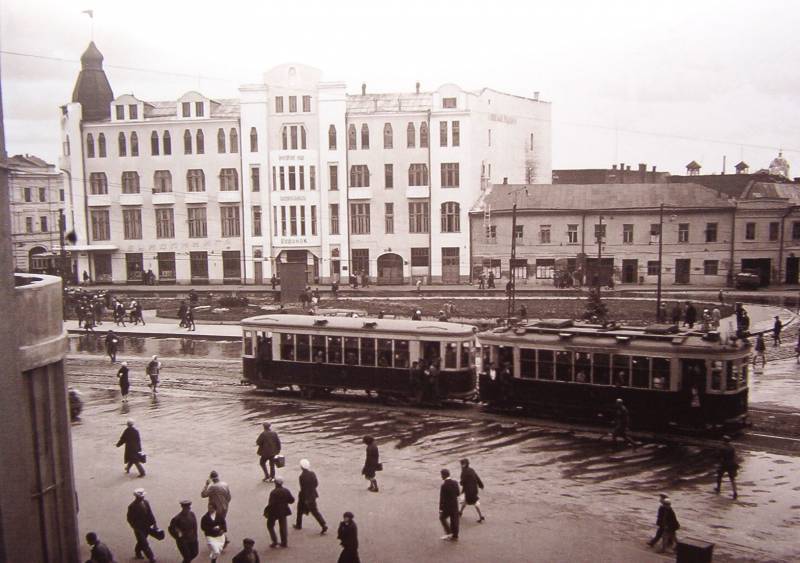 But this is by no means the last accident, thanks to which I was born.

At the end of 1942, his father (born in 1925) volunteered. He studied at the infantry school for six months. Three days before the release on the urgently announced construction they were informed that the Red Army urgently needed paratroopers. And all of the release became not junior platoon lieutenants, but paratroopers.

This is another accident due to which I was born.

Dad got into the 11th airborne brigade. Who did history Airborne during the war, he knows well that many of these formations more than once undergone new formations. This meant that the previous composition was almost completely out of order, in other words, died, but retained the Battle Banner.

It was later, in 1985, when my father and mother rode the Moscow-Beijing train to the far garrison of the Steppe (who served there, he knows!), He met with the same front-line paratrooper, who only served in the 12th airborne brigade , who, finding out where Dad served, exclaimed in surprise: “How did you survive? Your brigade was completely killed ... ”And that was the true truth: from the 11th brigade during heavy defensive battles somewhere in Belarus some people survived that were wounded and shell-shocked at the very beginning of the battles and who had been taken out to the rear. Among them was my father. Here is another coincidence.

Due to a severe shell-shock, the father was transferred from the airborne troops to the 333rd Polotsk-Novobugsky heavy guards self-propelled artillery orders of the Battle of the Red Banner, Alexander Nevsky and Mikhail Kutuzov regiment on the ISU-152, in which he became commander of the machine gunners division. He liberated Polotsk and other cities. Then there was a war with Japan.

My father recalled that during the advance of the 1st Far Eastern Front, the regiment submachine gunners practically couldn’t even get a little sleep ... Samurais attacked our units and units that got up to rest very nights, there were frequent cases when dozens of our soldiers were slaughtered at the beginning of this war and officers. While the crews of the self-propelled guns were sleeping, the machine gunners were on guard duty. And they died: several sentries because of their negligence and sloppiness were killed by the Japanese ...

And in the afternoon, during the marches, it was necessary to sit on the armor and look out for the Japanese suicide bombers, who were dug up along with anti-tank mines right on the roads. Dad recalled how the soldiers of his squad destroyed two such "kamikazes" in time, when they suddenly appeared just a few meters away.

Then there were battles for the Chinese city of Mudanjiang, where the regiment submachine gunners had to storm Japanese bunkers and bunkers, clash with the Japanese many times in ruthless hand-to-hand combat, and liberate North Korea. Father quit only in 1950 as the commander of the ISU-152 gun, having served like this for almost eight years of military service. 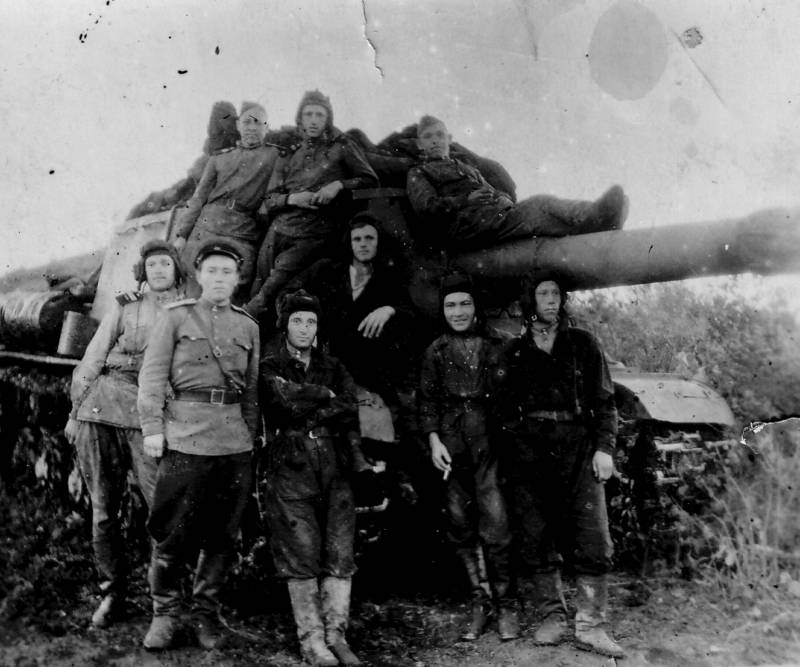 And his younger brother Valentine died in 1944, not having lived only three days before his eighteenth birthday. He was a signalman in the NKVD troops. He was killed by Bandera near the city of Vladimir-Volynsky. My uncle pulled the communication line along the pillars and was shot on a pole when he was shooting back from dozens of "forest brothers". So the commander of the unit wrote in a letter, which then came along with the funeral. But he, too, could become someone's father ... Dad did not know about his brother's death until 1947, my grandfather and grandmother did not want to upset him.

And my mother and her parents evacuated to Krasnoyarsk, where she served as a telephone operator in a military unit. She recalled that her grandmother until the last moment did not want to evacuate from Kharkov, fearing to lose contact with her mother’s elder brother, the battery commander who fought near Leningrad. They were evacuated from Kharkov on October 21, 1941. The Germans entered the city on October 24. Another such accident.

Then the mother’s family moved to Kuibyshev, where the mother graduated from the pedagogical institute. My grandfather, her father, born in 1893, graduated from only 4 classes of the school under the king. At the end of the 20s, he became the inventor and author of the first electric oven in the USSR, several times represented it at VDNH. And after the Victory, he was offered a choice of where to go: to Kharkov or Leningrad. Mom in the last years of her life was very worried, looking at what was happening in Ukraine (and she died in 2018 at the age of 92), and was very sorry that she insisted on moving to Kharkov then ... And again, by chance, thanks to which my parents met and I was born ...

I specifically told in detail about the history of my family. I am sure that the vast majority of people of my generation could tell more dramatic family stories. At our place, military awards and paternal letters from the front are stored as the greatest value. We remember their stories about how they fought. And remember how we worked. We remember how they talked about the enthusiasm with which they restored everything that the Nazis destroyed. 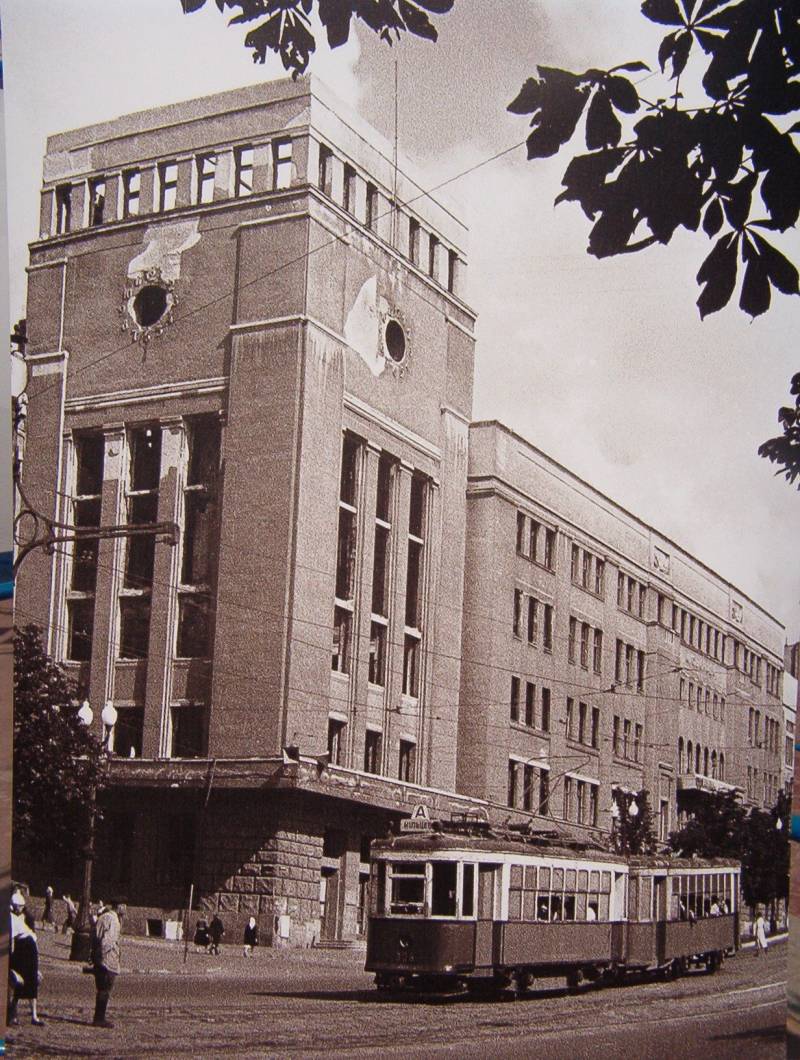 Therefore, it is not necessary to deceive us, our children and grandchildren, saying from the blue screen on the blue eye that our fathers went into battle, fearing SMERSH and detachments, and our grandfathers built the Soviet economy either in the Gulag or in fear of it. It wasn’t. This is a vile lie.

No need to deceive us. It is ridiculous and bitter to us when we find out again and again that under the guidance of skilled "managers" the much-needed IL-112V transporter did not fly again, a rocket fell, and the Ministry of Industry and Trade for many, many years could not create a replacement for the An-2 corn-truck.

And at the same time, with regularity, comparable only to sunrise and sunset, there are reports of criminal cases involving multi-billion dollar thefts, which, of course, cannot but be approved. Everything would be just like that if it were not for one “but”: this indicates that public administration is simply ineffective. And what else can I call it if there is completely no system for training personnel and their responsibility for the final results of work?

From this point of view, whatever laws you adopt, the effect can be expected to be close to absolute zero ...

There is no doubt that many landmark projects are being successfully implemented in modern Russia. For example, the Crimean bridge, the project for the development of the Far East. New industries are being built. But what, if I may say so, efficiency, efficiency of this process? What could you do - and what have you done?

My late battalion commander (in the photo he is on the left) at a military school, evaluating this or that action of a unit or a single cadet, when he was very dissatisfied, he said abruptly: "Evaluation is a deuce!" 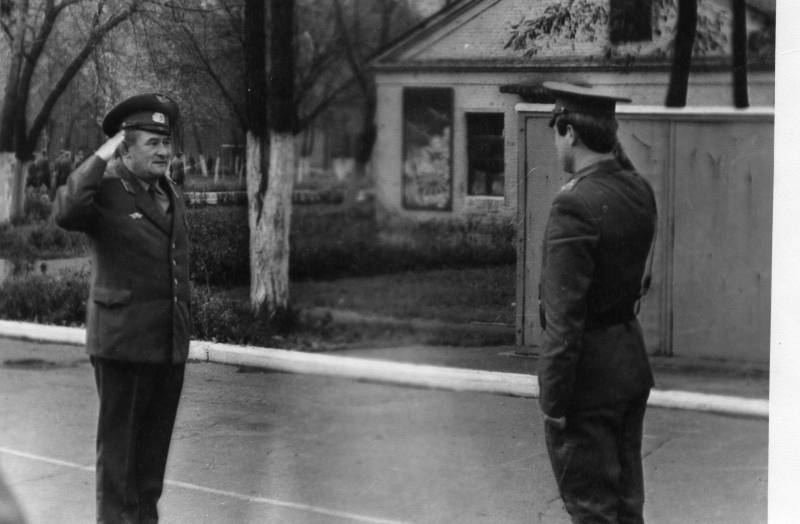 I’m afraid that too often we are talking about evaluating the actions of the Russian government, for example, regarding reforms in education or health care. But for some reason, no one got to the guardhouse ...

Why am I all this? Moreover, the connection between generations in Russia has always been, is and will be the most durable thread that cementes the people and ensures its existence. Those multimillion-dollar accidents, thanks to which generations were born in the 40s and 50s of the last century, remain in memory for now. And the children of the 40s and 50s are already pensioners. And if they say one thing to their grandchildren, and propaganda, including, very surprisingly, state propaganda, broadcasts something completely different, then this is the biggest threat to national security.

If by doing so the authorities seek to reconcile the pro-Western part of Russian society, insignificant in numbers and authority, otherwise called the “liberal”, this is not so bad. But if these "pro-Westerners" are actually part of the government, this is already a big disaster. As proved by the collapse of the USSR, produced by the elite from above.

Because in this case, those accidents, due to which millions of people like me, were born, turn out to be just accidents that entailed the birth of only individual individuals, but not the preservation and successful development of the country.

Our parents fought and worked for this. And we are the results of their life and love. And our country too.

We are in Yandex Zen
To remember. My native women in the war
The blood would not freeze longer
43 comments
Information
Dear reader, to leave comments on the publication, you must to register.