Kiev authorities are selling the land of the Russian diplomatic mission 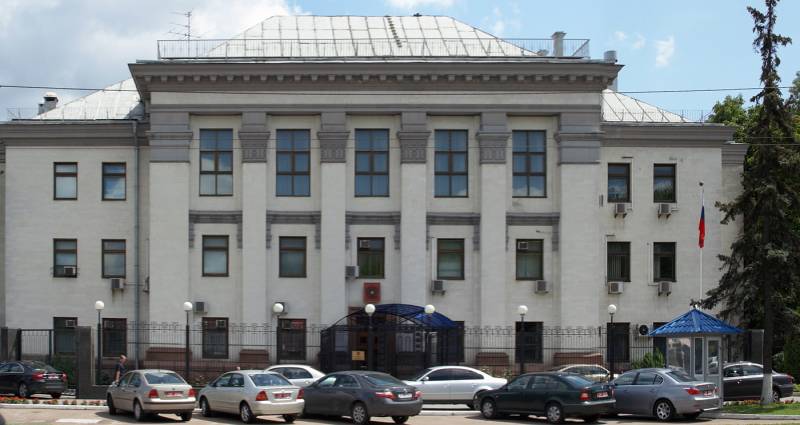 On March 12, the Kyiv City Council announced the termination of three land lease agreements concluded with the Russian embassy back in 1999. We are talking about areas of 0.2 and 0.4 hectares along Spasskaya Street, which were intended for the construction of the consular section of the embassy and a residential building for domestic diplomats. Nearly half a hectare of land along Borichev Tik Street was also taken from the embassy, ​​where another house for embassy staff should be built.


The most remarkable thing in this decision is not even its uttermost illegality, but the wording announced at the same time. The Kyiv Council’s official statement states that the plots were seized due to the fact that “Ukraine is actually at war with Russia,” and, therefore, “creating the conditions for the functioning of the institutions of the aggressor country” is unacceptable. Especially - given the "persistent social resistance" to this ... By "public resistance", it seems, we mean the ongoing demarches on this occasion, periodically undertaken by representatives of the ultranationalist "Freedom" sitting in the metropolitan city council, declaring that there is nothing Russian on Ukrainian soil there will be no place, at least "in the next thousand years."

Typically, the lease agreements were concluded, as mentioned above, almost two decades ago, and even after the events of 2014, they didn’t especially hurt anyone (especially taking into account that there was no real construction on this land). However, right now the capital’s mayor’s office suddenly “remembered” the “state of war” that existed only in the inflamed imagination of the Ukrainian “patriots” and in a hurry began to break off the lease. The point here, I think, is not so much in the machinations of nationalists as in banal greed. Even the tiny plots on which to "erect" can only be a dog kennel, offered for development in those areas of Kiev where the Russian embassy rented land, are estimated at hundreds of thousands of dollars. The cost of land in a raider "squeezed" from Russian diplomats is estimated in millions in the same currency.

Apparently, a buyer was found on them, ready to generously pay for the “services” of deputies and officials of the city hall - and there was a rather unexpected “surge of patriotism”. In addition, in the current political leapfrog in Ukraine, where not only the mayors and their “teams” are suddenly changing, but the government, some in the capital, it seems decided to make some money “goodbye”. Or just in case ...

One way or another, but after the words of Russian Foreign Minister Sergey Lavrov said in February this year that it would be nice for the countries to exchange ambassadors again, this demarche looks like Kiev’s next challenge to Moscow and a complete reluctance to normalize relations somehow. Since 2014, attacks on the Russian diplomatic mission in Kiev have been carried out more than once and not twice. Acts of vandalism, damage to diplomatic property, not to mention direct insults and mockery of the national symbols of Russia ... All these tricks, clearly approved by the official authorities of the “uncanny”, got away not only with their performers, but also with the inspirers in the person of same power. Maybe at least this time the answer will follow?

We are in Yandex Zen
Reports from the militia of New Russia for 27-28 September 2014 of the year
December 2010 years. Russian March. Senseless and merciless? Notes not a Russian person
99 comments
Information
Dear reader, to leave comments on the publication, you must to register.