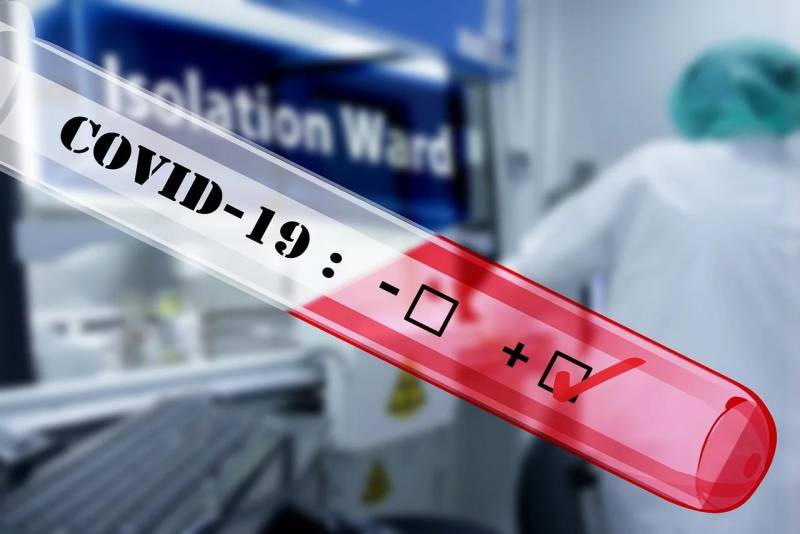 The most important recent statement about the pandemic of a new type of coronavirus was made by US President Donald Trump, who said that up to 150 million Americans could become infected, and German Chancellor Angela Merkel, who said that up to 60-70% of the German population will get this virus, it is impossible stop. It is clear that they rely on the data of their expert virologists and the corresponding mathematical models of the spread of this virus. Earlier, a similar statement was made in Britain.

All these sensational statements are in line with the position of WHO, which through the mouths of its first officials had previously stated that there are no methods for treating this coronavirus or vaccine, but there are doubts that we know all the ways of transmitting the infection.

However, the scale of the pandemic and the very reaction of the authorities of various countries to this infection say that the world is faced with an extraordinary problem. Politicians are more silent, afraid of panic, but experts say something.

Ivan Surma, professor at the Department of National Security at the Ministry of Foreign Affairs, admits that “coronavirus may not be random,” that is, it is of artificial and not of natural origin, which means that biological weapon. Surme seems suspicious that the United States immediately after the outbreak in China promised to create a vaccine within two months. This is completely unrealistic if they have not worked on this virus before. At the same time, US military biological laboratories are scattered around the world and literally surround China and Russia. What for?

Various versions are circulating in the press, in particular, an accidental, unauthorized loss of control over biological weapons. This can be, for example, the action of some crazy microbiologist from some secret laboratory or accidentally infected and left his laboratory in the world, or it is still an operation pre-planned by someone that got out of control. Theoretically, a version of alien or divine intervention remains, but we do not consider it.

Silence of the West

Western media have not yet blamed either China or Russia for anyone in this pandemic, which is unusual for the West. This time they are not up to the usual lie, they are really scared, do not understand what is happening?

The West does not require the disclosure of military biological programs either in China or in Russia, and, more recently, it was brazenly demanding that Russia open its chemical programs after the "poisoning in Salisbury Skripaley" allegedly by the Novice. Instead, the curtain of silence of the official West on the origin of a new type of coronavirus was established.

However, Chinese microbiologists have proactively stated that this infection has been introduced to the Huanan Wildlife Market from outside. No other official statements on this subject have been heard. All major world powers silently bear serious costs, the global financial crisis is brewing.

At a recent briefing in Geneva, WHO employee Michael Ryan said that the medical community “does not know how the virus will develop, it is naive to hope that the infection disappears in the summer.” That is, WHO does not know what the long-term consequences of this coronavirus will be.

What else does Ryan mean? The fact is that earlier all viruses of natural origin coming from China gradually lost their pathogenicity and died out in the summer, but this coronavirus, according to WHO, will not lose its pathogenicity.

Obviously, this pandemic will push the world towards disintegration and the end of globalization, as it has been happening so far. This is a blow to American globalism and globalists. Who will they blame for this?

We are in Yandex Zen
A great interview with Sergey Lavrov: about Ukraine, Obama and Iran
What you didn't want to know about England
145 comments
Information
Dear reader, to leave comments on the publication, you must to register.