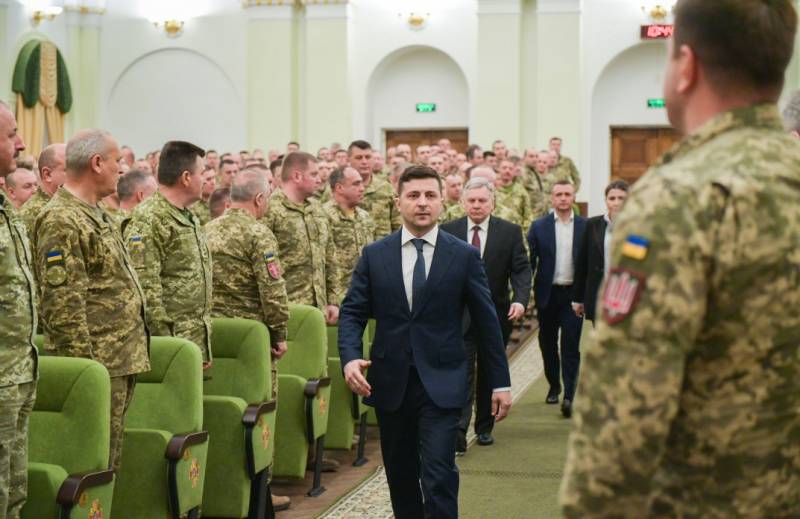 A week passed after the change of government in Ukraine, and the Western media was already filled with worries about the fate of the Ukrainian reforms, which are now "under threat."

The fact is that young reformers were replaced by oligarchs in power in Kiev. It is their interests that the new Ukrainian government will serve. So, at least, they say and write today in the Western media, especially the American.

First of all, the new head of the Ukrainian government, Denis Shmygal, came under fire. A person with a Lviv pedigree that is correct by Western standards has “spoiled” his biography by working for oligarch Rinat Akhmetov.

A couple of years ago, Shmygal headed the Burshtyn Thermal Power Plant owned by Akhmetov in the Ivano-Frankivsk Region. Today, the media call it "an energy giant with a predatory pricing policy in the region of Western Ukraine", they write that the prices for electricity generated by the station are "13% -60% higher than in the ECO of Ukraine."

Be that as it may, but just from the chair of the director of the Burshtyn TPP, President Zelensky raised Denis Shmygal last August to the post of head of the Ivano-Frankivsk regional state administration. This February, made him deputy prime minister, minister of development of communities and territories of Ukraine, and in March ordered him to head the government of the country.

Sniffer did not stop even another "dark" spot in his biography. In 2012, President Viktor Yanukovych made him a member of the “elite of the nation”. For this alone (Yanukovych’s loyalty), people's careers are being broken today. True, if they do not have the support of the powerful. Shmygal, apparently, has such support.

Why are the Western media so nervous about the person of the new Ukrainian prime minister? Local experts point out that Shmygal, unlike his predecessor, does not feel reverence for Western partners.

As you know, now, ex-Prime Minister Aleksey Goncharuk, before being appointed to the government, headed the EU-funded expert-analytical center “Office of Effective Regulation”, created on the initiative of the Minister of Economic Development and Trade Aivaras Abromavicius.

In this center, under the influence of a guest worker from Lithuania and his foreign patrons, reforms were being worked out, which he then began to implement in the prime minister’s chair: Goncharuk: mass privatization of the remaining state property, sale of land, issue of high-yield Ukrainian government bonds to foreign investors, etc.

This program was the third main point of Western policy in Ukraine. The first two (to tear Ukraine from Russia and replenish Europe with Ukrainian labor resources) were successfully completed under President Poroshenko. The economic plans of Western greed turned out to be more complicated.

On the appetizing share of the national pie, there were their home-grown interest from the local oligarchs. This audience is not burdened with deep patriotic feelings. She made her fortunes in the nineties on the sack of the country. She did not want to miss a new chance for enrichment, even under the threat of Western sanctions. That is why the pro-Western cabinet of ministers of Goncharuk fell at a decisive moment.

Who does the West grieve for

His government in Ukraine was scornfully called “pigs”. On behalf of the American billionaire George Soros, who finances numerous non-profit organizations in Kiev, working out the “Western democratic model”.

Naturally, having moved to ministerial seats, the people of Soros only strengthened their contacts with the West. However, today they regret not all the retirees, but only those who were imprisoned for the realization of the economic interests of their Western partners — the ministers of finance, economics and agriculture.

“I’m sorry that the Minister of Finance Markarov has left,” Blaise Antin, head of the Los Angeles-based investment company TCW Group Inc with assets of about $ 220 billion, said in an interview with Bloomberg. “She was an effective conductor of the fiscal policy of Ukraine and had good working relations, both with the IMF and with international investors.”

The new head of the Ukrainian Ministry of Finance, Igor Umansky, managed to work in the Ukrainian central bank, appeared in the governments of the time of President Leonid Kuchma, and even served as Minister of Finance at the Prime Minister Yulia Tymoshenko. In relations with Soros was not noticed.

Here is what they now think when looking at Umansky at Dragon Capital Investment Bank: “Despite the fact that the retired government showed weak results in several areas, there is no certainty that the new cabinet will be more capable, given that it does not have proven reformers ".

This assessment Dragon Capital leads on its pages Bloomberg. It was greatly puzzled by the permutations in the Ukrainian government and the fact that Ukrainian oligarchs made it to divide the remaining national wealth and firmly pushed their western competitors.

They tried to stop them. The ambassadors of the GXNUMX countries even arranged several demonstration meetings in Kiev, defending their creations in the Ukrainian government. When these actions failed, President Zelensky himself came under criticism. Now for the West he is no longer a young initiative reformer, but a man of the oligarch Igor Kolomoisky and even his “puppet”.

However, words do not help the case. In addition to the media in the West, there is someone to take care of their interests. The International Monetary Fund has already postponed the next tranche of $ 5,5 billion for Ukraine, and Morgan Stanley advised its customers to sell Ukrainian Eurobonds.

These are only the first attacks of the West against the new Kiev authorities. It is unlikely that he will easily miss the opportunity to profit at the expense of Ukraine. So it’s too early to name the winner in this confrontation with the Ukrainian oligarchs. One thing is for sure: the people of Ukraine will remain aloof from these heated events. Although it is precisely at his expense that the participants in the clash of interests that began in Kiev will be enriched.

We are in Yandex Zen
Situational analysis of the death of the MH17 flight (Malaysian Boeing 777), made on the basis of engineering analysis from 15.08.2014
Results of the week. “In our cooperative, the board is always agreed”
19 comments
Information
Dear reader, to leave comments on the publication, you must to register.