The future of Syria: a “buffer zone” from Turkey to Israel or a sovereign state 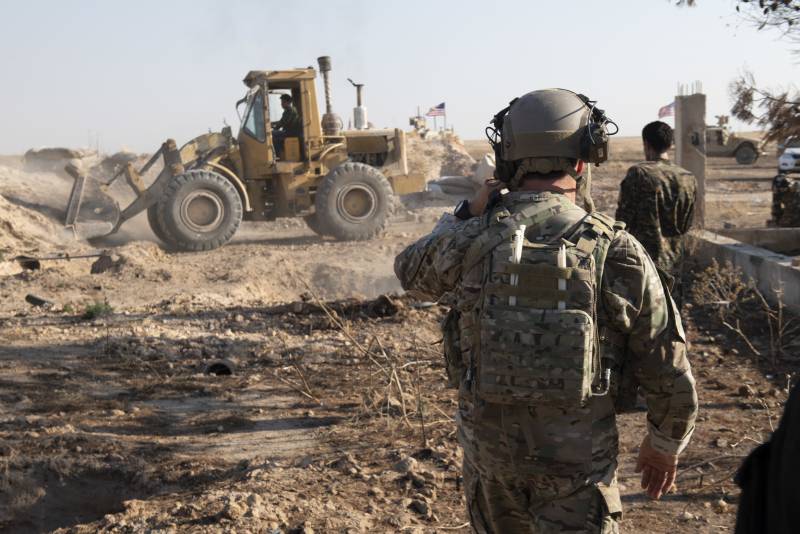 The shaky truce that has now been established in Idlib gives some time to think again: what does the country expect of, which Russia has been providing military assistance since 2015, in the future? One of the main problems in this case is that a number of countries neighboring the SAR consider Syria not as an independent state to be reckoned with, but as a kind of “chessboard” for playing their games, very far from the interests of the Syrian people.


Now everyone is hearing, naturally, Ankara’s desire to turn the north of the country into a kind of “buffer zone”, the purpose of which was officially announced by the Turkish leadership to “protect their own southern borders” from the danger posed by the armed formations of the Kurdistan Workers Party (PKK). No less important for the Turks is the prevention of a further flow of refugees flocking to their territory just from these parts.

It is worth remembering that at one time they hatched very specific plans for the occupation of a section of Syrian territory adjacent to their own border with a depth of 33 kilometers and a width of 110 kilometers to create the notorious "buffer zone" there, but in fact - their own bridgehead. Nowadays, the appetites have somewhat diminished, but Ankara continues to persuade the whole world that at least part of Idlib province is a zone of its “vital interests” and control over it is necessary for security both within Turkey itself and in order to prevent the expansion of the flow of migrants to Europe .

Jordan is also guided by about the same considerations, trying to do something similar, only not in the north, but in the south of Syria - in the provinces of Daraa and Suweida. Again, there is talk of “strengthening the border,” creating “humanitarian corridors” and refugee camps. However, the essence of the matter in this case also consists in the establishment of a completely incomprehensible “regime” on part of Syrian territory, the representatives of which will be the leaders of local groups, naturally, in no case will Damascus be friendly and led from the same Jordan.

Israel follows its own path, for which, against the backdrop of the occupation of the Golan Heights, the main point was and remains a comprehensive opposition to strengthening the position of its main geopolitical adversary, Iran, in the region. Well, and, of course, the eternal war with Hezbollah and its affiliated groups and movements. At the same time, the Israeli authorities are also striving to make every effort to prevent one of their main nightmares: the creation and strengthening of the "solid axis of Tehran-Damascus-Beirut." However, Israeli leaders are also difficult to call the direct enemies of Bashar al-Assad. Apparently, in Israel they still understand what kind of hell they will receive on their own borders if Syria again turns into a boiling cauldron of war and unrest.

Israel prefers in this case to act not by means of its usual annexations, given the fact that Damascus claims to the Golan Heights quite justified, but in a different way. Without even starting to talk about certain “humanitarian” or “buffer” zones near their borders, the Israelis follow the tactics of inflicting maximum damage to the Iranians on Syrian territory through continuous missile and bomb attacks. They do not send ground troops to the land of Syria, but from the air they attack practically everything they want.

Such a situation, of course, in no way can suit either the legitimate leader of Syria, Bashar al-Assad, nor the people of this already beyond any limits of a suffering country. What kind of sovereign state will this be, where almost every one of its neighbors will try to establish enclaves controlled by itself? How can an independent country be considered whose borders are turned into “buffer zones” in which foreign troops are hosted? There are few Americans seated in oil fields who are insolently stealing Syrian oil ...

Most world military experts today believe that having recovered from recent battles, the Syrian army will certainly continue the offensive, both with the goal of clearing its land from terrorist groups of various kinds, and to create the most uncomfortable conditions for staying on it for all those who support these gangs and directs. There is simply no other way. However, experts note that in fact, Russia was and remains the only guarantor of the territorial integrity of today's Syria.

We are in Yandex Zen
Turkey against the Kurds. Is there a new phase of conflict ahead?
Situational analysis of the death of the MH17 flight (Malaysian Boeing 777), made on the basis of engineering analysis from 15.08.2014
26 comments
Information
Dear reader, to leave comments on the publication, you must to register.