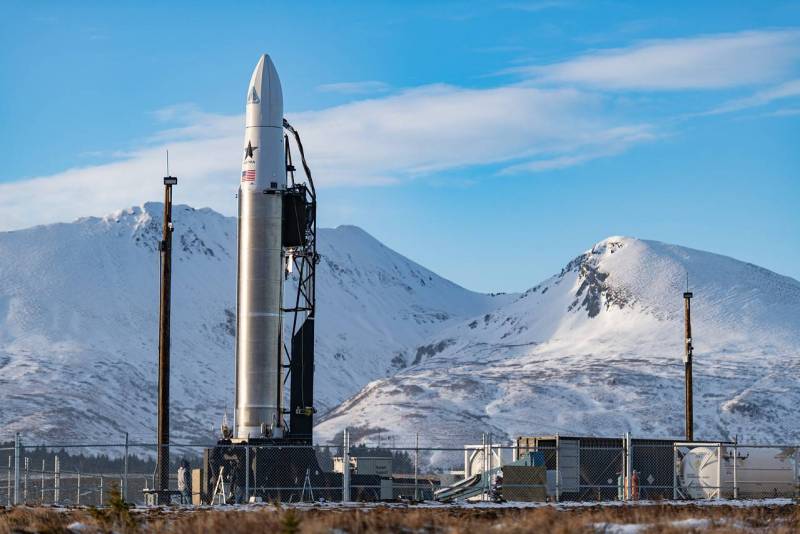 The situation with modern American rocket science is difficult to compare with anything: perhaps the United States has never had so many potentially revolutionary new products. First of all, we are talking about SpaceX with its partially-reusable heavy-class Falcon 9 rocket. Due to the launch price of $ 60 million (less than that of Proton-M, famous for its relative cheapness), this carrier became the most demanded of all in 2019 on the rocket launch market. In 2020, SpaceX may repeat success, and then threatens to put into operation its "monster" in the person of Big Falcon Rocket.

However, behind the beautiful shots of the first-stage landing and spectacular BFR presentations, we can see the real revolution. And it is not connected at all with SpaceX. And not at all with heavy or superheavy carriers. The fact is that the process of miniaturization of spacecraft is actively going on in the world: large and powerful carriers often seem redundant to carry out current tasks.

Understand this at the American company Rocket Lab, developed Electron light rocket, which some sources call ultralight. The main trump card carrier - price. According to previously announced data, the cost of launching a rocket is about 5 to 6,6 million dollars. Electron can put up to 250 kilograms of cargo into a low reference orbit, which is a lot for this class of missiles. Now there is no direct analogue in anyone in the world. But he will appear soon.

The most competitive rocket (at least in its segment) could be a carrier from an Astra Space startup unknown to a few years ago. The founders of the company are Adam London and Chris Kemp. The latter is a former NASA employee, that is, a person with great experience and, as practice shows, great ambitions. 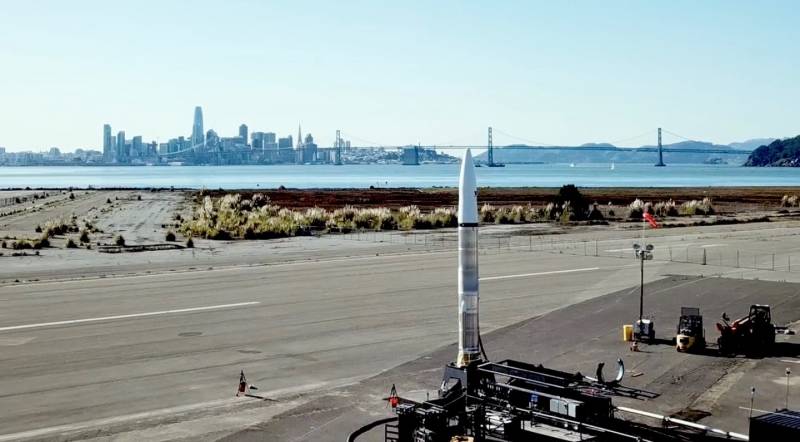 What is so in the creation of Astra Space that the attention of a good half of the hemisphere is riveted to it? The fact is that with the mass of the load placed in a low reference orbit at about 150-200 kilograms, the launch price should be $ 2,5 million. At times less than that of Electron, not to mention other media. The calculation is made for companies such as Spire Global or Planet, which want to put into orbit a huge number of miniature spacecraft.

Behind the shoulders of the Astra, consisting of about 150 people, has already been several trials. On February 28, employees were supposed to complete the first space launch of the Rocket 3.0 rocket, an eleven-meter two-stage rocket that uses kerosene and liquid oxygen as fuel. But something went wrong: they could not launch it.

Did not meet deadlines

One important point to clarify here. This launch was unusual, and the matter is not only that for Astra Space it was to be the first real test of strength. The launch was an essential component of the Launch Challenge of the Department of Defense Advanced Research Projects (DARPA).

According to the terms, the first company that can perform two starts in a row from different sites and with different payloads for a period of several weeks wins $ 12 million. Finally, the most interesting: Astra Space had no competitors at the time of the proposed launch. Previously, there were two, but Virgin Orbit recently decided to go out, and Vector Launch went bankrupt last year. But, as we said above, “miraculousarmsDARPA it did not help. The launch was postponed from February to the first of March, then to the second. Then it was shifted for a long time and finally announced that it would not be at all. In any case, within the terms announced by DARPA. 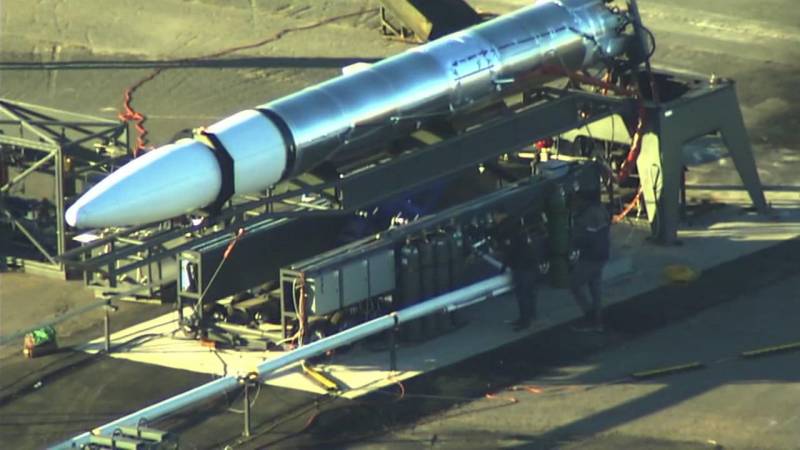 Thus, the Pentagon did not get what it wanted: a cheap and reliable means to launch vehicles into space. The company itself explained the actual refusal of the competition by the fact that they did not want to take risks.

“We saw some information that bothered us, so we decided that it would be better to cancel the launch and try again the next day, because if the data were correct, this would certainly lead to problems during the flight” ,
- said Chris Kemp.

The company announced its desire to repeat the test, but did not provide any data on the new launch date. “This is probably not a day or two. It's more like a week or two, ”Kemp said, commenting on the timing of the next launch. “This is definitely not a month or two.”

But the situation may be more complicated than the specialist thinks. There are difficulties along this path, and they are associated not only with the fact that the company can no longer count on funding from the US Department of Defense. For the next launch attempt, it will be necessary to amend the license of the Federal Civil Administration aviation, since this launch will no longer be connected with the competition, and the payload for launching in the face of DARPA CubeSat format satellites will be replaced by a commercial load. Well, of course, you need to eliminate the problems that made themselves felt in the first tests.

This incident is only part of the Pentagon’s failure to create cheap carriers. Recall that the United States in 2014-2015 worked on the ALASA project, in which spacecraft wanted to launch using the air launch method. The main platform was the F-15 Eagle fighter, which launched a rocket that would put satellites weighing up to 45 kilograms into orbit. In 2015, the program was closed: by that time it could “boast” of two failed trials. 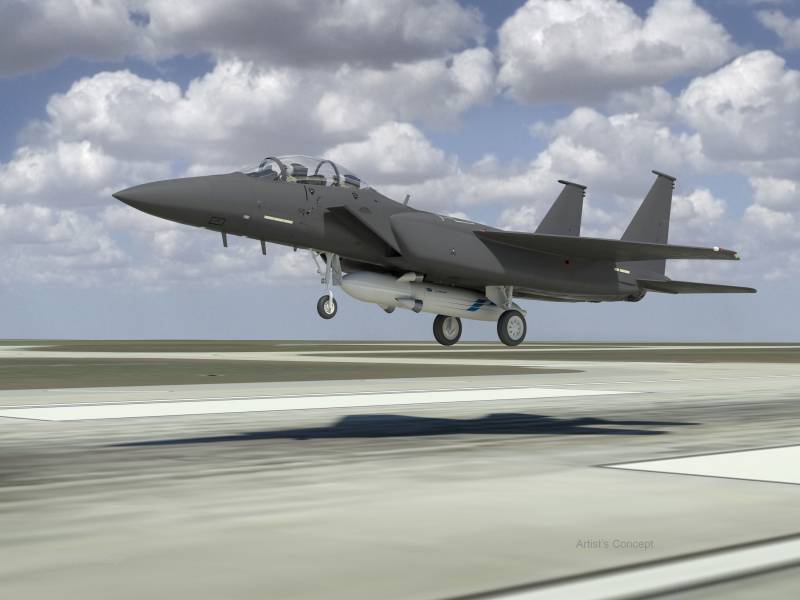 And in January 2020, the Pentagon lost one more hope for "accessible space." Then Boeing completely suddenly refused to participate in the Experimental Spaceplane (XSP) program and closed the development of the Phantom Express. “After a detailed review, Boeing immediately terminates its participation in the Experimental Spaceplane (XSP) program,” said Boeing spokesman Jerry Drelling. “Now we will redirect our investments from XSP to other Boeing programs that cover the maritime, air and space sectors.” DARPA confirmed that the company notified the agency of its decision to withdraw from the complex development program. 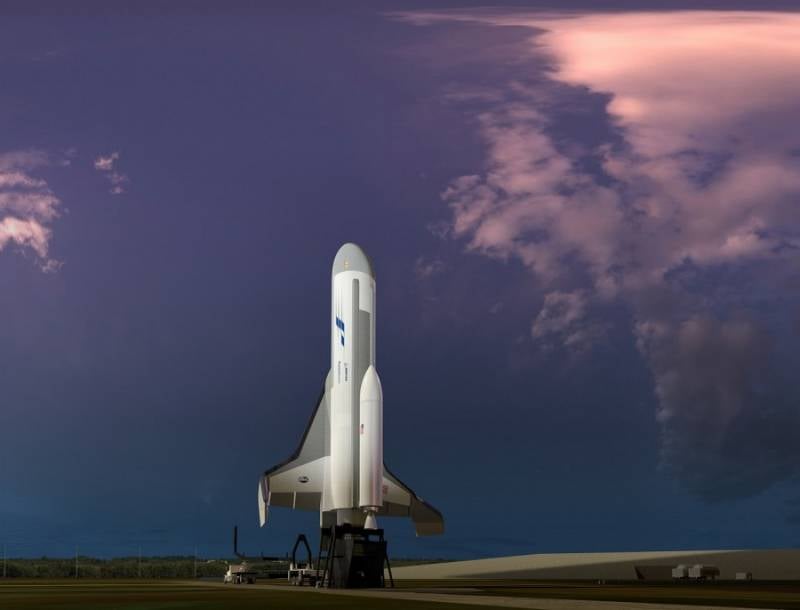 Presumably, the failure of the Launch Challenge is less painful for the US Department of Defense. However, he demonstrates well that not everything that seems relatively simple and economical will work in practice.

We are in Yandex Zen
Reusable booster "Corona"
Project Falcon 9. Successful landing of the first stage and market prospects
36 comments
Information
Dear reader, to leave comments on the publication, you must to register.