The Last of the Mohicans: A Boeing Combat Helicopter of the Future 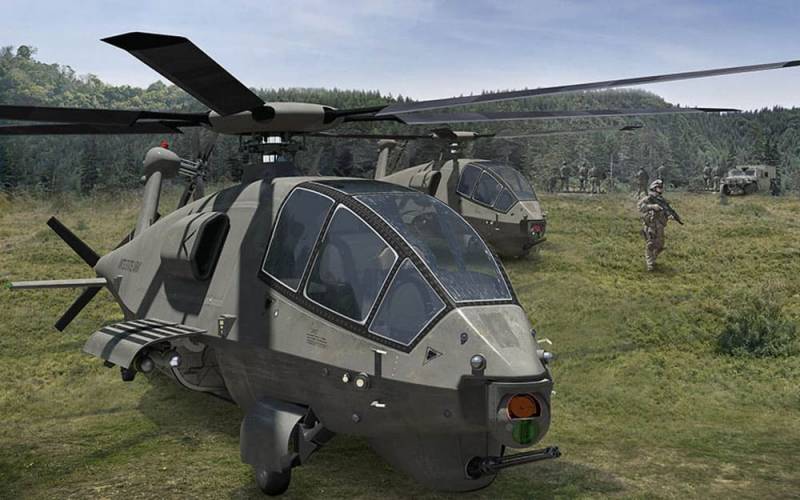 In March, the American Boeing Corporation showed its solution for FARA is the concept of a reconnaissance and attack helicopter of the future. Recall that a number of companies must submit their solutions for the Future Attack Reconnaissance Aircraft contest, designed to find a replacement for the already decommissioned light multipurpose Bell OH-58 Kiowa, which performed the role of a scout and fire support helicopter in the U.S. Army. A promising helicopter should complement the AH-64, and not at all replace it completely, as some believe. In general, so far the US Army is happy with Apache. 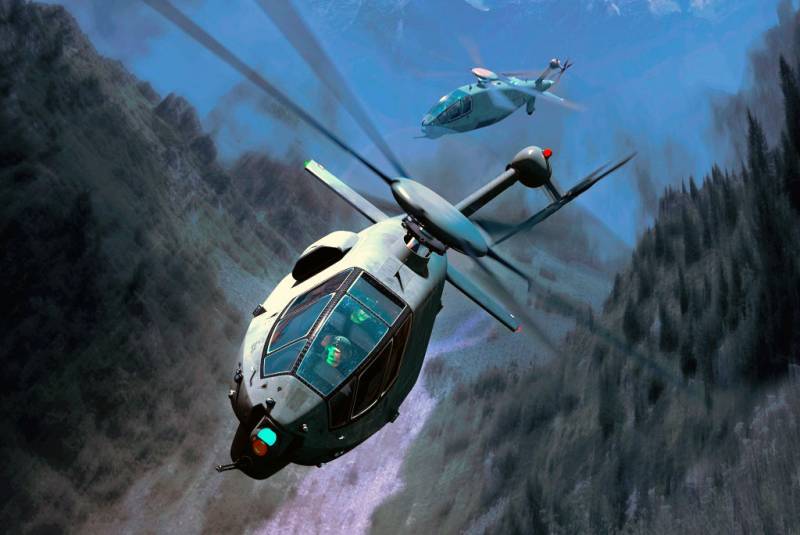 Boeing approached the issue seriously: interest was fueled by the February announcement, on which one could see for the first time the outlines of a rotorcraft. And for the presentation itself, they prepared a video demonstrating the main aspects of the aviation complex.

Alas, all this is unlikely to help the company: there are several serious reasons for this. First of all, it is worth saying that the Boeing FARA (the symbol we will use) was the last device presented in the framework of the Future Attack Reconnaissance Aircraft. We discussed the projects shown earlier in one of the previous articles, but it will be appropriate to outline the situation in brief.

As of March 2020, Sikorsky moved farthest than anyone else: the Raider-X technology demonstrator, the Sikorsky S-97 Raider helicopter, first flew into the sky back in 2015. And at the Association of the United States Army (AUSA) 2019 exhibition, the company introduced the concept directly to Raider-X itself. As for Bell, the company has neither a prototype nor a technology demonstrator, but there is a well-made full-size layout, as well as spectacular animations, on one of which Invictus destroys Tanks T-14 and BMP T-15 based on the Armata tracked platform. Given the growing competition for the arms market, this is a spectacular move, albeit predictably met with negativity in Russia. 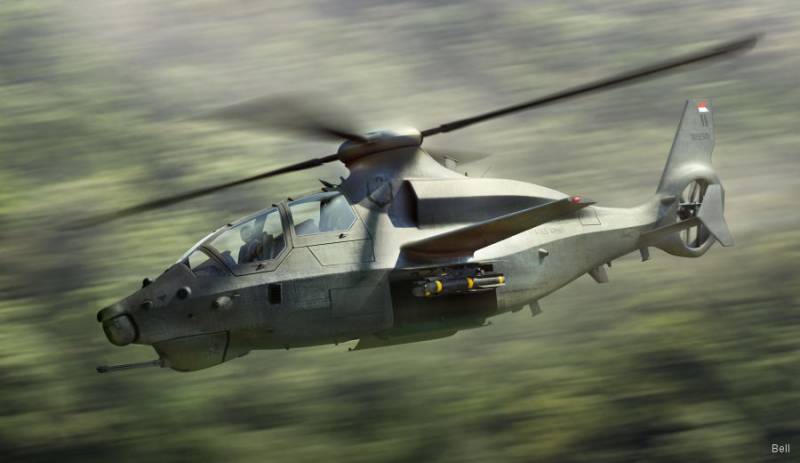 AVX Aircraft and L3 Technologies within the framework of AUSA showed a model of their brainchild, and Karem limited itself to not very high-quality images of the helicopter, as well as to a model (also not very beautiful, to tell the truth). Against its background, Boeing looks like a favorite, but against the background of Raider-X and Invictus it does not look. Let's look at the technical details.

Boeing provided the presentation with a general wording. “We listened to the army, evaluated all the alternatives, and optimized our design to provide an aircraft that meets the requirements,” said company representative Shane Openshaw. “We offer a very reliable, stable and flexible aircraft with an emphasis on the safety and fighting of the future.”

As far as one can judge, we are talking about a machine with a six-blade main rotor, four-blade tail rotor and four-blade pusher. It is noteworthy that Boeing recently proposed such a scheme for the modernization of Apache: then the usual AH-64 was proposed to be equipped with a third propelling screw. In theory, such a scheme should increase the speed and range of the AH-64 by about 50 percent, and efficiency by 24 percent. At the same time, the price of the helicopter should increase by only 20 percent. However, we repeat, all this according to the theoretical calculations of the company. 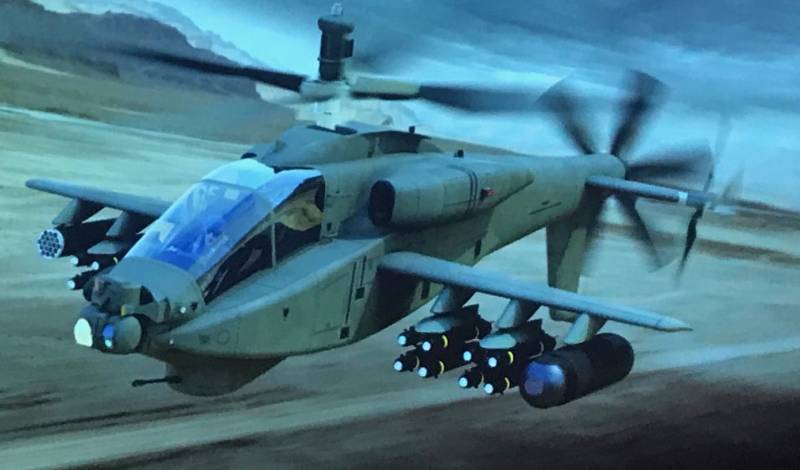 It seems that the promising helicopter has become a derivative of this initiative. By itself, it looks a little strange - like a pile of different ideas that in total can make the car too expensive and complicated. It is worth recalling that the ancestor of both promising helicopters is the Lockheed AH-56 Cheyenne, which made its first flight in 1967. Despite the fact that the AH-56 could develop near the ground an almost unbelievable speed for a helicopter of more than 400 kilometers per hour, the program was closed in 1972, considering it too complex. Having given preference, which is noteworthy, to the more traditional Apache. 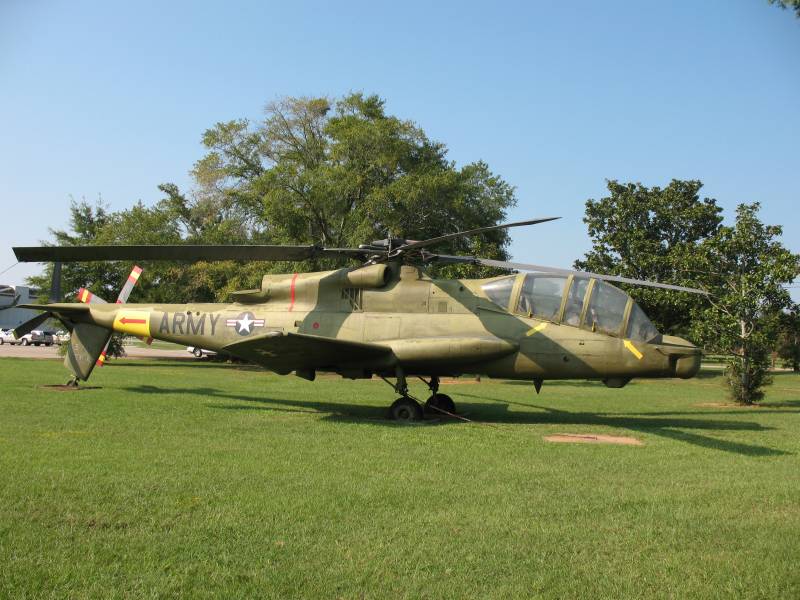 It is possible, of course, that Boeing now took into account the punctures of aircraft manufacturers of the past years. It is known that a promising helicopter for the FARA competition will receive one turboshaft engine and will be able to reach speeds of more than 300 kilometers per hour. A cannon can be seen in the bow of the helicopter, and four air-to-surface missiles on internal suspensions. Perhaps this will not be limited to the arsenal, and the helicopter will optionally be able to carry missiles on external holders. The same Bell 360 Invictus, for example, will be able to carry up to eight air-to-surface guided missiles on external suspensions, and four more missiles in internal compartments. On the other hand, the Bell concept originally had two wings on which to hold the holders. Boeing has nothing of the kind: at least not yet.

The Invictus and the Boeing helicopter are related by a distant visual similarity to the inconspicuous Boeing / Sikorsky RAH-66 Comanche, whose project was previously closed. However, it must be assumed that neither one nor the other will be a full-fledged stealth, confining itself to a “moderate” decrease in radar visibility. It is worth recalling that one of the probable threats on the battlefield, the Tunguska missile and cannon complex, has an optical guidance channel, which largely levels out the low radar signature of the rotorcraft. Stealth technology will not save even the simplest anti-aircraft artillery from fire if the helicopter flies low. 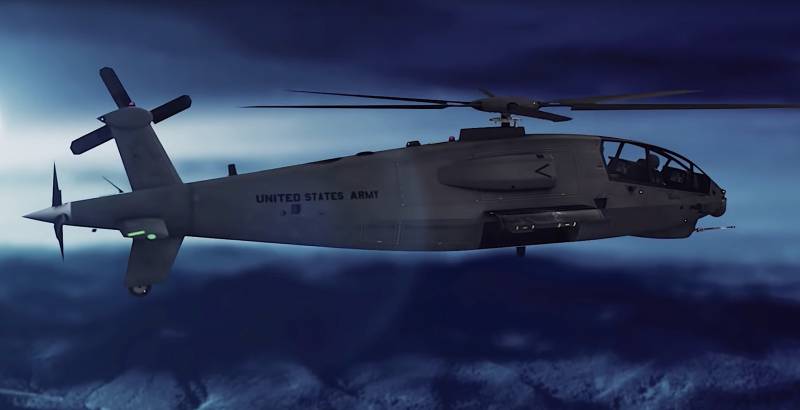 It is appropriate to note that stealth is a very expensive pleasure. So, for example, about three billion dollars were spent on the development of the aforementioned Comanche, building only two prototypes. The U.S. Army was supposed to supply 1292 RAH-66 helicopters with a total value of about $ 35 billion. Given modern avionics (the Comanche program was closed in 2004), the price of helicopters would probably increase even more.

Among the advantages, one can name the crew’s side-by-side arrangement of the crew, convenient in terms of piloting during combat missions, as well as Boeing’s extensive experience in building combat helicopters. However, serious advantages, as already noted above, end there. Sikorsky, with its Raider-X, which has one coaxial rotor and one pusher, has gone much further than the Boeing. At the same time, the Bell Helicopter in the case of Invictus offers a more conservative and potentially less risky option. 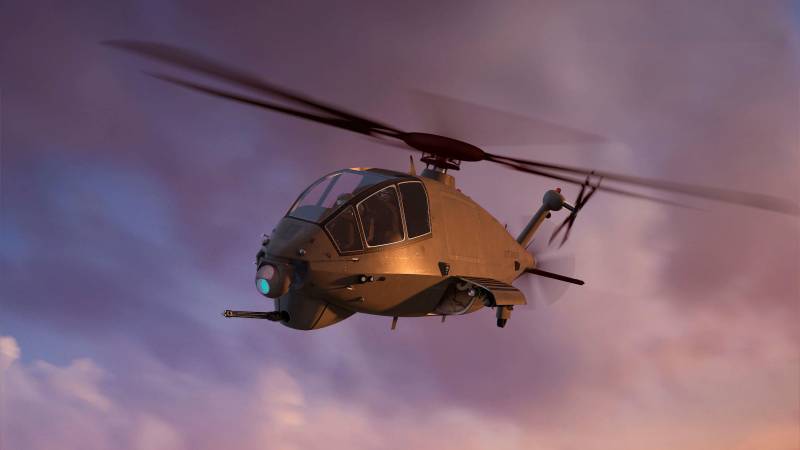 This is all apart from the Boeing’s permanent failures with the Boeing 737 MAX passenger airliner, serious difficulties in bringing the KC-46 refueling tank to life, and ambitious plans to create the sixth generation fighter, defeating Lockheed Martin in the old competition for the fifth generation fighter . In general, the above does not bring the moment of the first flight of the Boeing FARA closer. Exactly like his victory in the competition.

We are in Yandex Zen
Aviation against tanks (part of 18)
An-12 in Afghanistan
16 comments
Information
Dear reader, to leave comments on the publication, you must to register.