Sultan the Drunkard and the war unleashed over wine 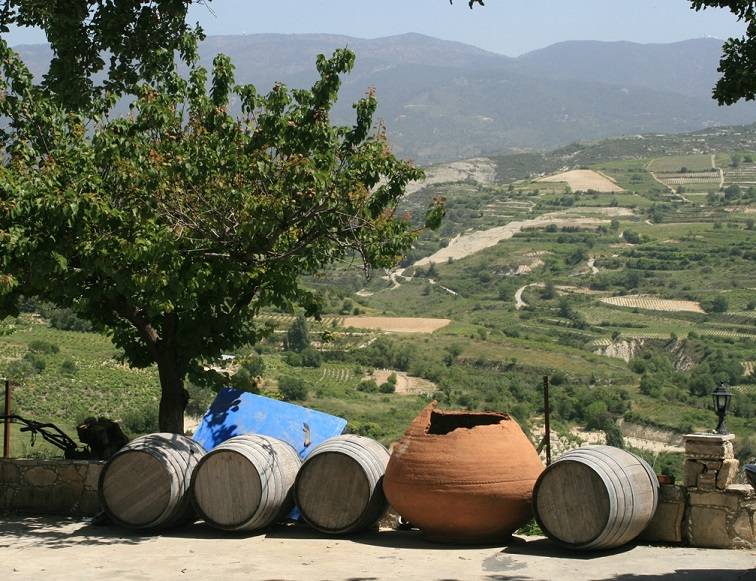 Recent events around the situation in the Middle East, which was initiated by the "sultan" of modern Turkey Recep Erdogan, have forced all kinds of experts to analyze the actions of this politician. At the same time, the researchers approached the analysis process from many different angles: from simple self-interest in the energy market to old-fashioned, and therefore traditional Turkish imperial complexes, which the West also traditionally used in its games. However, it seems that they forgot about several options of the Turkish rulers. The option of Turkish rule has always included the possibility of an inadequate approach to decision-making, completely ignoring the possible consequences and desperate intrigue.


So, Selim II, the son of the famous Suleiman I the Magnificent, who became the protagonist of many cheap TV shows for divorced ladies, entered the history not just under his nickname - Drunkard, but tyranny and a tendency to self-confidence.

Selim and his “gray cardinal” - a wine merchant

Selim ascended the throne after the death of his famous father and with the support of Joseph Nasi, whose figure will have a tremendous impact on the Sultan. Nasi, in fact, was the gray cardinal of the Ottoman Empire of those years. Joseph, a Jew by birth, changed more than one name and traveled a lot because of his own ethnicity, so over time he became well versed in diplomacy, banking, which his family was partly involved in, and commerce. The son of a Portuguese court doctor liked Suleiman II, so he was invited to Constantinople and took a number of high posts, including the post of diplomat. 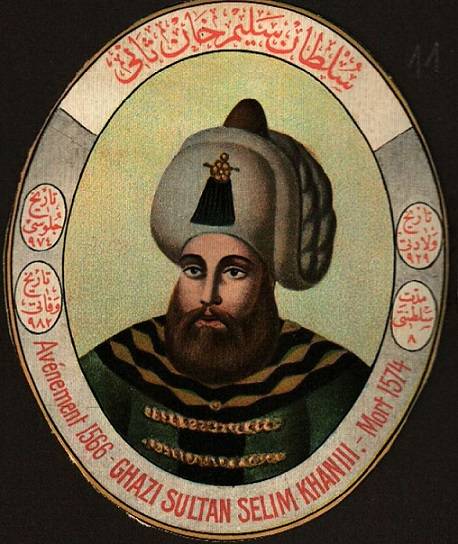 Sultan Selim II
But Joseph himself liked one of the children of Suleiman - Selim. Even before ascending the throne, accompanied by the execution of his brother Selim - Bayazid, Joseph in every way indulged the passions of a young man. Having an extensive network of commercial agents, Joseph obtained not only information, but also the best dishes for Selim II. Entire carts with the best wines and snacks were presented as gifts to the future sultan from Nasi. Some time later, Joseph was unusually fondled by the new ruler - he was appointed a member of the honorary guard, ruler of the city of Tiberias (now Tiberias in northeastern Israel), and later became the duke of Naxos (the Cyclades islands, currently belong to Greece). In addition, Joseph received a monopoly on the sale of wine throughout the Ottoman Empire.

Thus, Nasi possessed truly enormous power. In addition, she was emphasized by the fact that Selim was not at all like his father. He was little interested in military affairs, and he did not go on campaigns, granting this right to his viziers. With much greater enthusiasm, Selim visited his harem and pounced on the next cart of "goodies" from Joseph. However, it is difficult to call Selim an alcoholic, of course, but this passion for abundant libations will be one of the reasons for starting a war, which, on the one hand, will precede his death, and on the other hand, will become the sunset of a powerful favorite.


In fact, two competing people ruled the Ottoman Empire during the Sultan of Selim - Mehmed Sokollu and the above Joseph Nasi. At the same time, the conquests of the Turks continued, while Selim basked among his concubines and enjoyed wine. So, with his approval in 1569, a campaign was launched against Astrakhan, during which the Turks planned to dig a canal between the Volga and the Don, which would be of crucial strategic importance in future expansion.

Kasim Pasha became the commander of the campaign, under whose command there was an army of about 20 thousand soldiers, including the Janissary and irregular units. Later they connected with the troops of the Crimean Khan Devlet-Girey and moved to Astrakhan, and the workers, who were in the ranks of the military expedition, began to dig a future canal. 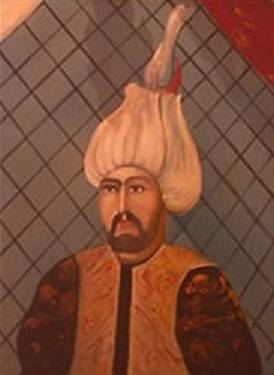 Mehmed Sokollu
But the expedition turned into a complete failure. The commanders could not take into account the weather conditions, did not achieve coordination with the Crimean troops and local Nogais and Tatars, as well as their own fleet. Moreover, the necessary supply of troops was not achieved, so the soldiers soon rebelled, the workers also rebelled.

After the failure of the Astrakhan campaign, which was partly initiated by the great vizier Mehmed Sokoll, the sultan became more lenient to his rival, Joseph. And at this very time, Joseph already hatched plans for a war against Venice at the head of an entire party within the Ottoman Empire, dreaming of the Cypriot land that Venice actually owned. There were, of course, many reasons for starting a war. This competition with Venice, and the natural inertia of the empire to the expansion of possessions, and the wealth of the island, and the presence of Cypriot pirates robbing Muslim ships.

But Joseph's reasons are more hidden. Some believed that Nasi had a purely ethnic dislike of Venice, which, among others, sometimes persecuted Jews. Other sources say that Selim in absentia appropriated his favorite title of King of Cyprus. However, the status of Nasi and the ramified nature of his interests suggest that his desire to start a war could be dictated by dozens of different reasons.

At the same time, according to legend, Joseph Nasi, being a monopolist in the wine trade of the Ottoman Empire, hoped to gain full ownership of the Cypriot wine trade, whose fame went throughout the Mediterranean. According to the same legend, one of the arguments that ultimately persuaded the Sultan to start a war was just Cypriot wine. Of course, the argument seems ridiculous and far-fetched already in mythology. However, there is still a degree of objectivity in this, since for Selim such an argument, expressed privately, would be completely logical. After all, it is Selim who is credited with the following words:

“The true happiness of the king or emperor does not lie in the labors or glory gained in battles, but in the inaction and tranquility of feelings, in enjoying all the pleasures and comfort in the palaces, which are full of women and jesters, and in fulfilling all their desires, whether it’s jewels, palaces, covered camps and stately buildings. ” 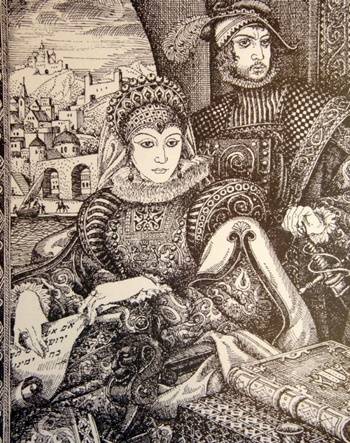 Joseph Nasi and his aunt Grace
One way or another, but the Cyprus war began. Sultan out of habit watched her from afar, periodically from the harem with a glass of wine in his hand. The direct hostilities were led by Lala Mustafa Pasha (a mentor of the sons of the Sultan, nicknamed the Cypriot Conqueror) and Piyale Pasha (Admiral and Second Vizier of the Sultan). The omnipresent Nasi also played a role. So, it was his agents who were suspected of organizing the undermining of the Venetian shipyards, however, the sabotage had few consequences than later reported to the Sultan.

In the year 1570, the Ottomans attacked Nicosia, the capital of Cyprus. The war lasted until the year 1573. The Ottomans captured all the important cities of Cyprus and even ravaged the island of Hvar in the Adriatic (now belongs to Croatia). Participated in the battle and the people of Nasi, in particular, Francisco Coronello, who actually commanded the personal fleet of the powerful Joseph. It would seem that the sultan and his clever favorite could celebrate the victory if the results of the war were not so mixed in view of the colossal defeat of the Ottoman fleet at the battle of Lepanto. This defeat inflicted great damage on the Ottoman Empire and its invincible reputation on the sea. Ottoman was now impossible to talk about any dominance in the Mediterranean Sea.

Sunset of Selim and his favorite

In part, the outbreak of the Cypriot war was one of those domino bones that, having crumbled, eventually led to the weakening of the Ottoman Empire at the end of the 17th century. From the beginning of the mid-16th century, the Ottomans entered a period of rebellion and intrigue, which was facilitated by Selim, who rested on his laurels. His tyranny and immoderation in the passions led to a shameful end. 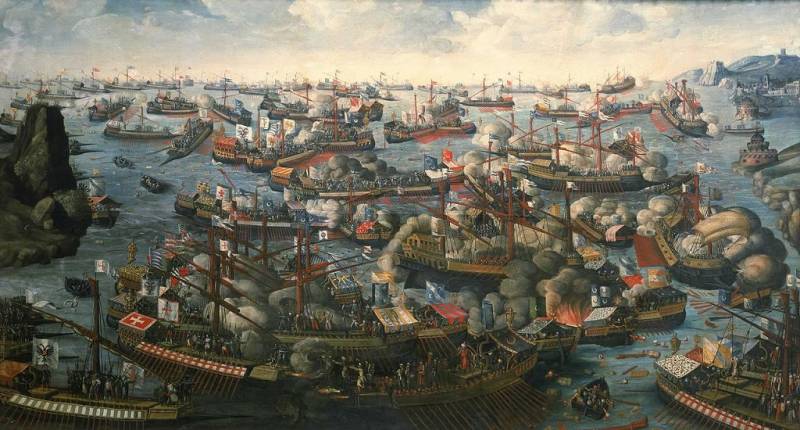 Battle of Lepanto
The favorite, who continued to bombard his benefactor with wine and food, not taking into account his young age, was a little too far. As a result, in 1574, 51-year-old Selim died in the Topkapi Palace, drowned drunk in the bath of his own harem. Death was hidden for several days so that the son of Selim Murad could arrive in the capital. Upon the arrival of the heir, who was proclaimed Murad III, all his younger rival brothers were killed. A significant role in this was played by the opponent of Nasi - Mehmed Sokollu.

Murad III continued to rule in the style of his father. However, Joseph Nasi lost all his influence at court. Of course, they left behind their former posts and his income almost did not decrease, but it was impossible to dream of the former brilliance. Nasi could no longer fully protect the rights of Jews in the empire and build rabbinical schools. He barely kept the past patronage of arts. The rest of his life, Joseph, who once influenced the politics of all of Europe, spent in solitude away from business, fearing for his life. Immediately after the death of Nasi in 1579, the Sultan Murad seized all his property. By an evil irony of fate, in the same year 1579, Nasi's once main competitor, the great vizier Mehmed Sokollu, died at the hands of the killers.

We are in Yandex Zen
Red cavalry against Selim Pasha
Don Service Komarich 1646 of the Year
70 comments
Information
Dear reader, to leave comments on the publication, you must to register.