Grudinin and Rogozin: a strange trail in the sky 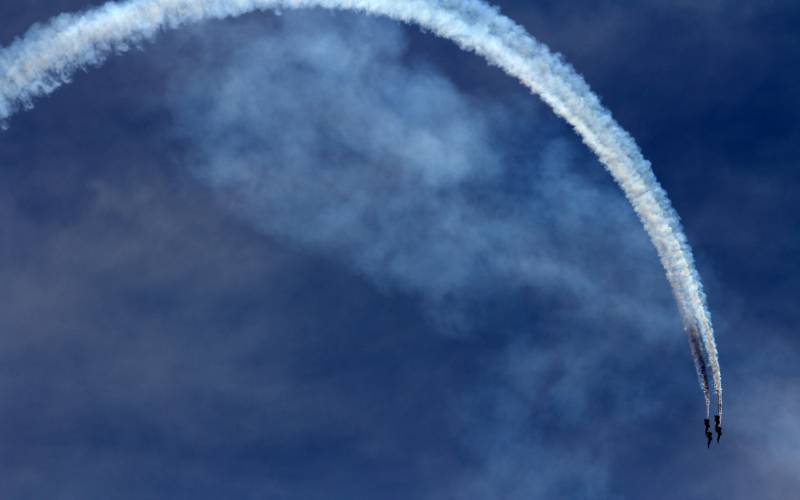 Fans of sayings in the style of “And I said!”, Wipe the keyboard. You may not recall that last year we had an article written in very bright colors after the first (and so far the last) flight of the Il-112. It was. No one is going to deny this, nor is he arguing about what it was.


It's simple: finally, a long-suffering and so necessary transport aircraft was pulled into the sky. And that’s all for now.

But let's go back a little along the timeline. It was only in 2017, when Dmitry Rogozin, senator for the military-industrial complex, and Dmitry Savelyev, director of the Il-112 program, talked about what prospects were opening up.

Prospects in words were quite. The installation lot was in June-July 2017, and was supposed to consist of two aircraft. The first takes off in June, the second in July, is being tested, and then the Voronezh Aircraft Building Plant begins to build two aircraft per month. 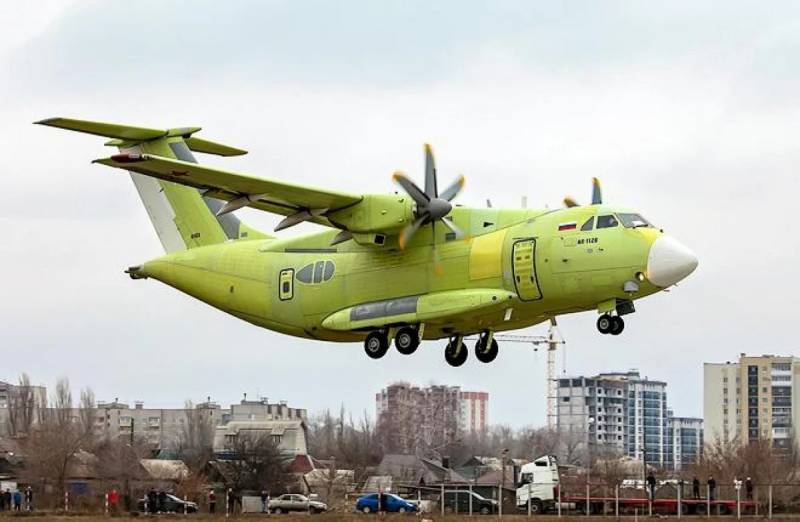 Prospect? Perspective. Especially when you consider how much an army transport aircraft is needed. The point here is that this “one that has no analogues in the world” is not needed, just a NEW plane is needed. Just because the veterans of Ana are already breathing. As many do not live at all, how many Ukrainian planes serve. All these An-124, An-26, An-22, An-12, An-72 - all this is our past aviation, which sooner or later will have to at least change something.

Just because we will not see new aircraft from Antonov Design Bureau in the coming decades, and perhaps never see.

However, the plane, which the Russian army was in dire need of, the Il-112V, did not take off within the scheduled time frame.

In June 2017, Nikolai Talikov, chief designer of IL, announced the transfer of tests.

In July 2018, there was information that the IL-112 program could be closed altogether, as fatal miscalculations were discovered during the design.

However, the then head of the company Il, Alexei Dmitrievich Rogozin, said that the mass production of Il-96 and Il-112V aircraft would begin at the Voronezh aircraft plant in 2020.

Well, by the way, the year 2020 is already in full swing, can Rogozin ask questions like “Where are the planes”? But - not in a hurry.

We recall how we rejoiced in March last year, when the Il-112V nevertheless made its first flight. Do you remember? And we remember. Rejoiced.

Nevertheless, the IL-112 still rose. What it cost the crew is unknown, but the first flight was still the last, since it was stated that the project would need up to a year to be finalized, and therefore the VASO runway was dismantled for major repairs just in case.

As a result, Aleksey Rogozin, CEO of the airline complex, was optimized (i.e. fired). We do not comment on this at all, but it turned out that Rogozin is only the beginning.

The next laid-off (in July) were 78 top managers and leading employees of Ilyushin. Deputy CEOs for Economics, Human Resources, Legal and Marketing. Not the most helpful staff when developing aircraft, but nonetheless.

And then miracles of "optimization" began. Leading project specialists of the IL-112, IL-276 and IL-96 aircraft were dismissed.

In fact, people were put out on the street, but on the street almost everyone was already waiting. "Boeing" took in bulk, in groups. Irkutsk, Kazan, Perm - well, everyone was noted in Voronezh, and, I must say, few left without prey. People really fled to where they promised jobs and salaries.

But the main part was taken over by the Boeing, this is a fact. And the company can be really congratulated on this, the staff got what it takes.

What about the rest?

Never mind. Today VASO is a group of dull islets in which life is warm. For example, in one of the workshops, Irkut representatives are trying to make a polymer wing for the MS-21. Yes, the same, import-substituted, from domestic materials. Not from the American, as it was originally.

It is clear why the MS-21 does not fly. They cannot repeat the wing yet.

As for the affairs of Ilyushin, everything is completely dull and sad there. Out of almost a hundred departments, the lack of staff in leading specialists is more than half. Specialists are fired under various pretexts, reducing, terminating contracts, the wording “by agreement of the parties” is very popular.

In general, there is a place to be at VASO if not capture, then something so similar. The new general director, Yuri Grudinin, is a native of Taganrog, from the walls of the Beriev TNTK. An enterprise that has been releasing a single aircraft for a long time. Be-200.

Need I say how the Be-200 differs from the IL-96, IL-112? The tasks of the Ilyushin Design Bureau are much broader, since the Design Bureau has always set itself very broad tasks. Unlike Beriev’s team, working on life on seaplanes.

So Grudinin is a very controversial replacement.

But the main trouble is that Grudinin shuffles the frames that he got at VASO, as he likes best. On the one hand, this is normal; every new broom suits its performance. But the Berievites came with their charter to the Ilyushinsky monastery and began to equip it at their own discretion.

Cadres decide everything. And with the shots on "Ile" they also did everything. The Design and Technical Complex (PTK) was abolished, which worked just on the project of the medium military transport aircraft (SVTS).

The bulk of the specialists moved to the Tupolev Design Bureau. Well, they just had to go somewhere, the Tupolevs quickly realized. Those who remained were simply shredded into departments, but this is a scanty part, not more than 10%.

In the end, we have what we have. Who will still make the transport aircraft, we found out the whole of 2019. And they didn’t find out, by the way. The next episode is in April 2020. I’m ready to bet that I’ll guess who will get work on a transport plane. Which is still needed by both the army and the aerospace forces.

Since the Tupolevs actually picked up almost the entire PTK structure on the street, you can hang out about the usurpation of the market by the Tupolev Design Bureau as much as you like, but the fact is that Tu now has a full set of specialists who are ready to work on a transport plane.

At Ilyushin itself, work on the middle transporter is not conducted at all. No one. 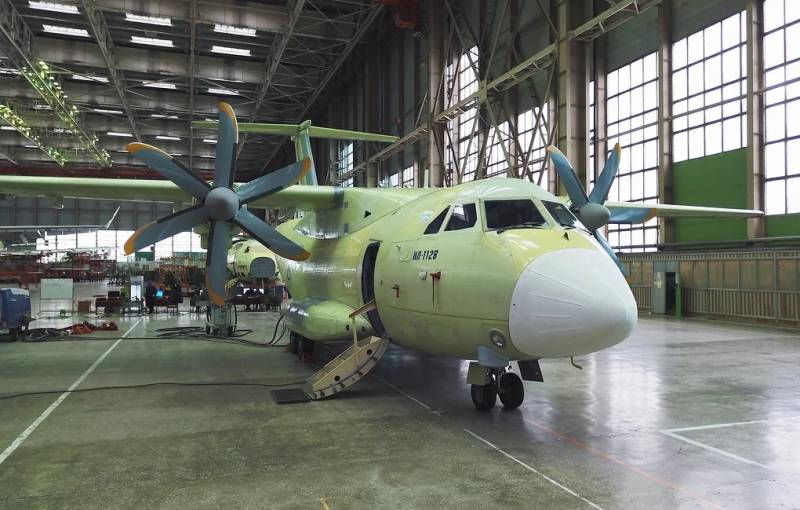 But despite the fact that they figured out the designers, fired, dispersed, and so on, what remains? That's right, the GOZ remained. State defense order. Which, naturally, leaked. And the dismissal of the GOZ was explained by the dismissal of Alexei Rogozin.

Of the new general director, Grudinin, of course, was expected to implement the GOZ. And How?

In 2020, one single IL-76MD must be commissioned, upgraded to MDM. So far, the main number of contracts has not been signed, according to which it is possible and necessary to work, making everything necessary for modernization.

They say that the legal department was dispersed very on time.

Under Rogozin, things were no better, but two aircraft were still modernized. One was done a year, with the second, 538 working days were transported. There was a third one, but work on it was stopped, the plane has been “in the process” for more than two years.

Well, with the IL-76 problem. But the new leadership for some reason stated that there are no problems with the production of IL-112. Moreover, Grudinin noted with a statement that “the assembly of the third and fourth IL-112s is already underway”.

In fact, this statement, to put it mildly, is not true. 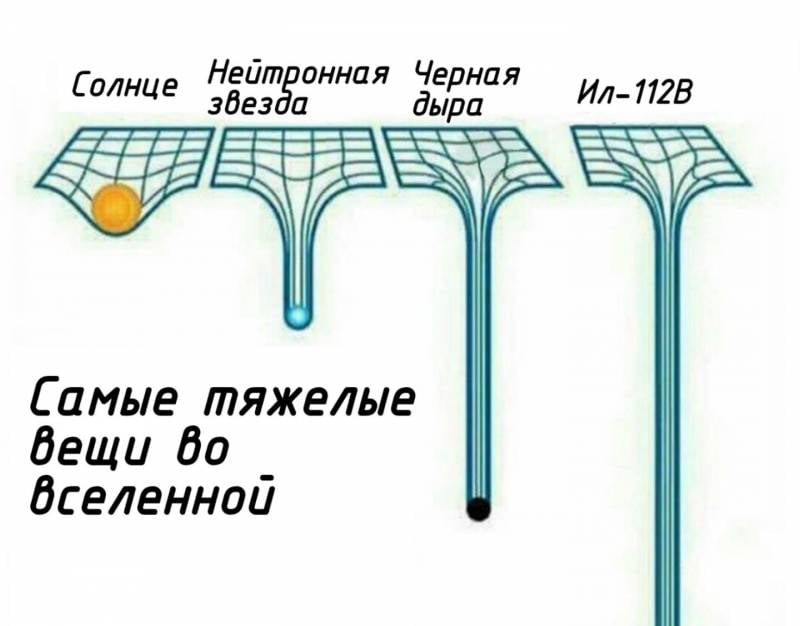 This picture was presented to me by VASO engineers. Still engineers
If you do not believe the vigorous reports of the VASO press service, and go to social networks, then you can find out very interesting things. For example, the fact that the stocks, where the Il-112 is supposedly assembled, are still empty. Shop No. 22, if specifically. That workers who are unemployed and do not understand what for a penniless wage may well be called “to work” on the day off, so that by the arrival of the next commission they would portray arduous activities to create something.

Like, even on weekends the work is in full swing, what can we say about ordinary days ...

And portray. Why not play a role for a double salary?

At the same time, the “effective” are also quite normal with the “work”. Spending a weekend in Sochi is normal. Vacation twice a year in the warmth of Thailand is easy. Managers from economic management know how to work, how to relax.

One can only wonder how the IL-112 took off altogether. Especially considering that the decent part of the “effective” manages to work quite normally both in Taganrog and Voronezh, and some also work in the Moscow office of Ilyushin.

At the factory itself, ordinary hard-working engineers who are ineffective say strange things. Alexei Rogozin, who really wanted the IL-112 to fly, was able to make a completely crooked car fly up. 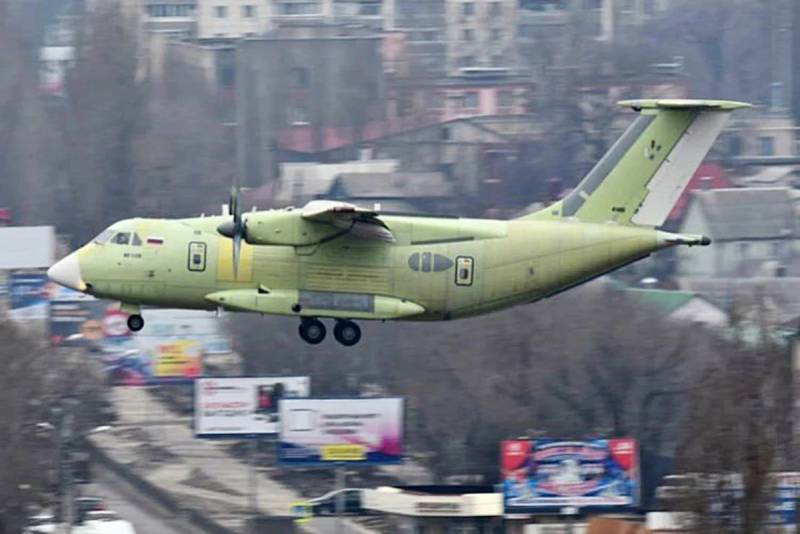 I had to hear very mixed opinions about Rogozin Jr. And not all with obscene escorts. And some with respect. Factory believe that Rogozin has merit, and rather big merit in the fact that the IL-112 took to the sky. Even in this form, even with such difficulties.

To my surprise, I learned that, in addition to the takeoff of the 112th, Rogozin was noted in several more projects that promised both success and profit. I wanted to build an additive technology center at the plant and start printing parts from aluminum, magnesium, titanium for aircraft right here at the assembly site. The idea was interesting, it was noted by many, but today all work has been stopped.

Paradoxically, they talk about Alexei Rogozin at a dying plant with respect. Yes, he had a certain risk, at the age of 34 he was to lead such a plant ... Though not from the street, but even in our times it is not easy.

But having been in office for two years, Alexei Dmitrievich showed himself not as a daddy’s son, but as a completely competent manager. I managed to assemble a team, as they say, to ignite the people, and as a result, 2 IL-76MDM were made, IL-112 took off ...

After Rogozin, not one of the succession of directors who succeeded each other quickly could be noted for anything like that.

Perhaps if he had another year ... But alas, история does not know the subjunctive mood. Now Rogozin is working elsewhere, and there is no reason to talk about whether he was deservedly removed from the factory or not. At VASO, they think not.

I believe the word of those who left the factory and remained that everything is not rosy and sad. And that a huge plant today, if anyone needs it, is for those aforementioned temporary workers who pass through the plant in turn, it is useless and pointless. 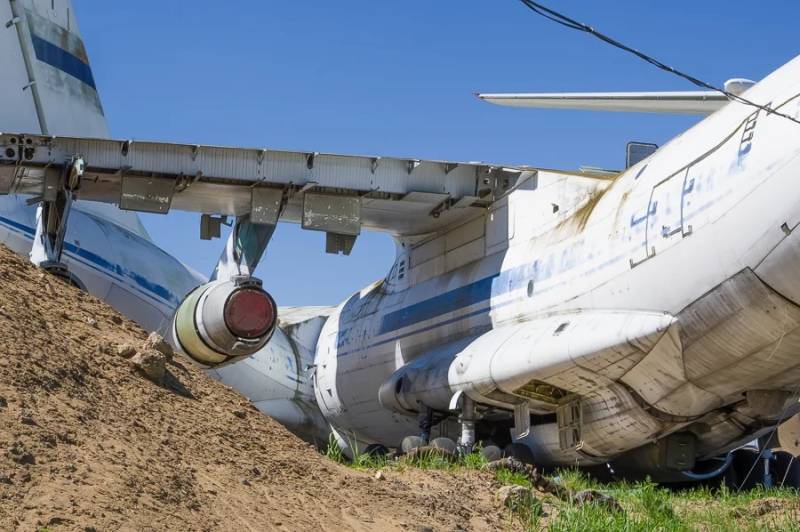 But at such a pace, “Ilyushin” will soon fly there ... into history Following “Antonov”.

We are in Yandex Zen
Situational analysis of the death of the MH17 flight (Malaysian Boeing 777), made on the basis of engineering analysis from 15.08.2014
Results of the week. "God forbid to see Russian revolt, senseless and merciless!"
98 comments
Information
Dear reader, to leave comments on the publication, you must to register.