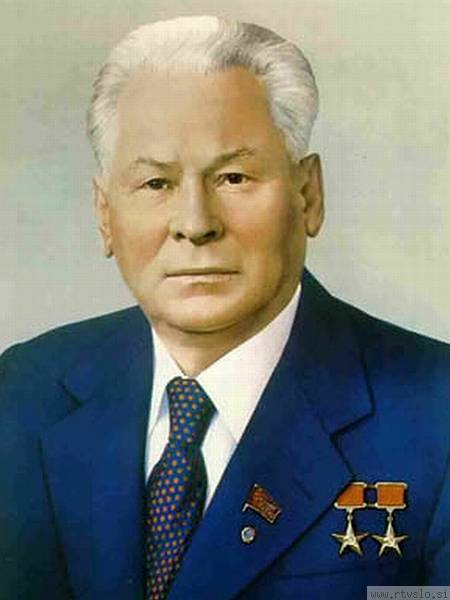 35 years ago, on March 10, 1985, Konstantin Ustinovich Chernenko passed away. He made the last and vain attempt to save the USSR. On March 11, the post of General Secretary of the CPSU Central Committee was taken by M. S. Gorbachev. The man who destroyed Soviet civilization.

The course on the elimination of Soviet civilization, which began under Khrushchev (“perestroika-1” and de-Stalinization), “frozen” under Brezhnev, continued Andropov. He tried to implement a hidden plan for convergence (rapprochement) of the Soviet and Western systems. The entry of the USSR into the Western world, and the Soviet elite - into the global elite.

After the death of Andropov (February 9, 1984), Konstantin Ustinovich Chernenko was put at the head of the USSR. The nominee Brezhnev, who insisted on a program of transformations that was fundamentally different from the ideas of the "perestroika" destroyers. Back in the late 70s, Chernenko suggested Brezhnev to listen to the opinions of A. N. Kosygin and A. N. Shelepin and begin to correct Khrushchev’s “distortions” not systematically, but systematically. Make a complete reassessment of the course of Stalin, himself and his associates. In fact, return to the Stalinist course of development of the country. Actively combat the "perversion of socialism" and the "fifth column." Make peace with China, which refused to re-evaluate Stalin and his program. Brezhnev did not dare to do this, although under him they began to recall Stalin in a positive way.

Chernenko was a good and principled person, an excellent organizer. In 1956, Chernenko became a referent for the Secretary of the Central Committee of the CPSU, Brezhnev, from March 1965 he headed the general department of the Central Committee of the CPSU, and he worked in this position for almost 15 years. Through it passed a large number of documents and files almost to the top, including the party, the Komsomol, trade unions, the leadership of the media and the national economy. Konstantin Ustinovich possessed a unique memory, knew perfectly well the political, economic and social situation of the country. The former Chekist border guard was a real statesman and an opponent of the course towards the destruction of the USSR.

Chernenko planned to restore a full-fledged alliance with China and Albania, which did not accept de-Stalinization in the USSR. Initiated a greater level of cooperation within the CMEA. Under the Secretary General, V. M. Molotov, L. M. Kaganovich and G. M. Malenkov, expelled from the Communist Party under Khrushchev, were restored. Moreover, Chernenko himself handed the new party card to Molotov. He planned to completely restore the name of Stalin. In particular, to return to Volgograd the name of Stalingrad. On behalf of Chernenko, a comprehensive program of economic reforms was being prepared, with emphasis on the plans of the last Stalin five-year plan. In particular, the study of Stalin's "Economic Problems of Socialism in the USSR" (1952) was studied.

Thus, Chernenko made a sincere and final attempt to save the Soviet Union through a return to Stalin’s legacy. However, Konstantin Ustinovich did not rule for long. He died on March 10, 1985. Being an elderly and sick man, he was no longer able to actively confront that part of the Soviet elite, which relied on the collapse of the Union and the dragging of its parts on national reserves. It is possible that he was helped to quickly die. In total, Chernenko’s plans and activities were interrupted immediately after his death. They tried to forget him, and during the Gorbachev “perestroika” they ranked him as “co-authors of stagnation” and “adherents of Stalinism”.

Gorbachev’s arrival on the post of General Secretary of the CPSU Central Committee on March 11, 1985 was perceived positively in the country, tired of the series of deaths of old and decrepit leaders. He had hopes for a radical change for the better. To maintain and develop the Union, modernization and systemic reforms were required. Relatively young (born in 1931), brisk in words and generous in promises, Gorbachev at first liked almost everyone. Only specialists noted that the eloquent secretary general for 8 years after arriving from Stavropol and staying in the capital in the highest party positions was practically no different (except for the impracticable Food Program). The cowardly verbiage was an ideal candidate for the destruction of the USSR from within.

The activities of Mikhail Gorbachev are evaluated differently. For Russian liberals, Westerners, and the collective West, he is a wonderful knight without fear and reproach, who sincerely tried to do something good in the country of "Soviet-Russian slaves." In the West he is his own man. Well appreciated by the British "iron lady" Margaret Thatcher: "This man can be dealt with!" Abroad, Gorbachev is an iconic figure who played a key role in the destruction of the Soviet "evil empire", in the victorious and bloodless end of the Cold War (in fact, the Third World War) in the West, in the total plunder of the Russian state. Therefore, Gorbachev was not spared the Nobel Peace Prize, given the title of "best German", was awarded the Medal of Freedom and a prize of $ 100 thousand in Philadelphia. He has many other awards, bonuses, courtesies, etc.

The “catastrophe”, the collapse of the Red Empire and the ensuing “democracy” led to the death and extinction of millions of people, the looting of the national economy, the seizure of all the wealth of the state by a small group of capitalist bourgeoisie, new feudal lords and thieves, and the loss of almost all positions in the world. Ordinary people Gorbachev hates.

An attempt to continue the course of Andropov

Gorbacheva, along with Shevardnadze and Aliyev, put forward Andropov. All of them were Westerners. Andropov saw that the Brezhnev Soviet Union was heading for disaster, and put forward a program of rapprochement between the Soviet and Western worlds, their merger ("Andropov's Plan" as part of a strategy for the destruction of Russian civilization; Andropov’s plan for Russia's integration into Western civilization), the conclusion of a transaction between Moscow and the owners of the West. The USSR, on an equal footing, was included in the club of powers-lords — the core of the capitalist system. Soviet experience was used to modernize the world order. The Soviet elite was to become a full member of the global elite.

In fact, Andropov acted as the continuer of the cause of Peter the Great, who cut through the “window to Europe” and tried to make Russia a part of Europe. Integrate Russia into the West on favorable terms. Before that, the country was supposed to conduct a “purge”, to restore order and discipline in the country and in production. The main thing was economic modernization. In the USSR, they wanted to single out a “special economy” (everything that works well): military-industrial complex, nuclear and space industries, electronics, academic towns. Form high-tech corporations that, with the support of special services, will be able to successfully operate in the world (in the global market). It was a kind of "state in state."

In foreign policy, Andropov first wanted to scare the West, show himself as a tough dictator, and then make a deal on favorable terms. To this end, Andropov had to go into the background, firing young politicians (relative to other Soviet leaders), sweet and gentle Westerners: Gorbachev, Shevardnadze, etc. Therefore, he actively promoted them, although Gorbachev and the future leadership of the USSR did not have any special talents.

At the end of his reign, Andropov, apparently intuitively sensing that he was making a huge mistake, slowed down. But it was too late. Pandora's box was open. Andropov died, and the destruction mechanisms launched under him, which, according to the idea of ​​the Secretary General in the future were to lead to the heyday of Russia, continued to operate. Those people who were preparing for this acted like "zombies."

The West did not manage to frighten and drive into an impasse the "arms race". They did not create a full-fledged “state in the state”, did not carry out economic modernization. They did not tame the national elites in the republics, did not purge the party and state apparatus. Rather, under Andropov and Gorbachev, the "purge" was carried out, but it was with a minus sign. We cleaned the armed forces, intelligence, the Ministry of Internal Affairs, the state apparatus, and the party from those people who could resist and oppose the course of “convergence” with the West, which led to the death of Russian communism and the former USSR.

Gorbachev from the very beginning began to act as if the first part of the plan was successfully implemented. This led to a complete destabilization of the system, chaos and disaster. In foreign policy, he immediately threw himself into the West with embrace. In the West, they immediately appreciated the "fool" and began to play along with him, to portray pacifism, the desire for world peace, etc. Quickly noticed that Gorbachev was greedy for flattery, beautiful words, awards-trinkets. Inside, Gorbachev tried to continue the work of Andropov, but resembling unsystematically, without will and energy, without relevant experience and knowledge. At the same time, he wanted to carry out modernization, relying on mechanical engineering, to “speed up” the country, raise the living standards of the people, and carry out democratization. Figuratively speaking, the Secretary General pursued several hares at once. It is clear that the USSR could not stand it. "Perestroika" turned into "disaster." 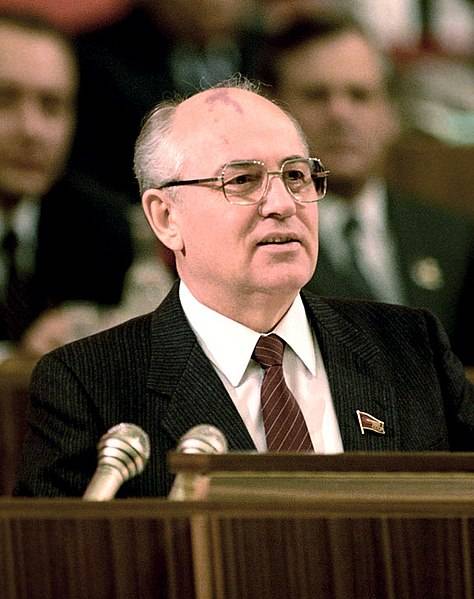 M. S. Gorbachev speaks at the XX Congress of the Komsomol

We are in Yandex Zen
Secrets of Gorbachev's perestroika
Byzantine intrigues in the Kremlin
110 comments
Information
Dear reader, to leave comments on the publication, you must to register.